Sugar beet as the hub of the bio-based economy

No Comments
Read on
From bioplastics to medicines, from chemical building blocks to fuels and food ingredients; sugar beet is the indispensable raw material for a rich variety of products that are produced sustainably in the bio-based economy.
Pierre Gielen

Sustainability has been part of the DNA of SuikerUnie, a cooperative of beet growers, for many years. “We want to be the greenest sugar producer in Europe,” Andries Olie, Manager CSR and Sustainability, sums up the aspiration. “Our entire process is already largely circular.”

Nothing is wasted from the sugar beet. Even the tare (clay) that arises is reused to weigh down roads and dikes. In Dinteloord, in Nieuw Prinsenland, the water from the beets is purified and stored in an underground water storage facility. The surrounding greenhouses make grateful use of this during dry summers. This water is also used in the subsequent beet season to wash the newly-harvested beet.

The small beet tails and points that break down during this process acquire value by being put into the fermenter. This may seem somewhat paltry, but thanks to the power of large numbers, SuikerUnie is now the largest producer of green gas in the Netherlands, with a capacity of more than 30 million cubic metres per year. The gas is used partly in the company’s own production process and, mixed with diesel, to run its own trucks. What remains is supplied to surrounding companies and the national gas grid.

The fermentation of sugar beet residues produces digestate. This can be sold as a fertiliser in agriculture, closing this mineral cycle. Betacal, which is produced in the factory during the juice purification with lime, is also used as fertiliser. The remaining beet pulp is excellent for use as animal feed. And molasses, a syrupy liquid that remains from the boiling point of the sugar beet after the granulated sugar has been removed, is used as a raw material in the fermentation industry for the production of baker’s yeast, citric acid, yeast extracts and bioethanol (alcohol). “So we have a virtually waste-free process.”

Thanks to super-efficient cultivation methods, the yield of sugar beet per hectare has increased by no less than 47% over the past 20 years, to a record of up to 15 tonnes. Beet farmers seem to be chasing their own tails, however, now that the export price for white sugar is the lowest in ten years and domestic consumption is not rising. On the contrary: in society sugar is labelled as a culprit; a cause of obesity and all its related complications. Reason enough to seek out other applications. The Cosun Innovation Centre in Dinteloord, for example, is working on research into possible markets: bioplastics, vegetable proteins and fibres, and building blocks for the chemical industry.

It’s even possible to make a circular car with bioplastics of sugar. A team from Eindhoven University of Technology (TU/e) recently presented this so-called ‘Noah’ at the Cosun Innovation Centre. But the chemical industry is reluctant to use sugar to the fullest as a raw material, as it may convey the impression that it is thereby displacing food production. Given the worldwide overproduction this is an unfounded fear and a missed opportunity, the renowned German nova-Institute states. The researchers suggest in a report published in August that the chemical industry should produce more chemicals or fuels from sugar, because it is simpler and more sustainable than using second-generation biomass.

In any case, there is no displacement in the production of protein for human consumption from sugar beet. Olie: “We’re looking at this in the context of the protein transition, which means that we all need to eat more vegetable protein and less animal protein. That’s because the production of a single gram of animal protein costs six grams of vegetable protein. That’s unfavourable from a sustainability viewpoint; it places a huge burden on the climate.

“A sugar beet consists largely of carbohydrates. The beet itself contains about half a per cent of protein and the foliage 1.8 per cent. Because of the large yield of the plant, however, the quantities involved are enormous. One hectare of sugar beet grows just as much protein as on one hectare of soya! So the potential is there. The only art is to learn, to extract that protein the right way.”

Meanwhile the product portfolio is becoming increasingly full, and more bio-based products are reaching the market. Such as Betafib: a cellulose fibre from sugar beet pulp that can be used to stabilise particles in a liquid. Ideal for paint or liquid detergents, for example. Or Quatin (cationic inulin), a biopolymer that combats limescale, incorporated in Lidl’s W5 dishwasher tablets. Some ingredients also provide health-promoting applications. For example, sugar arabinose, which inhibits the action of the saccharase (invertase) enzyme and thus slows down the absorption of ordinary sugar in the body. This is particularly interesting for people with diabetes. Or Betaine, which can be made from molasses. It can be used as a food supplement to promote muscle growth, and is also used in animal feed. Betaine is also used for certain metabolic diseases affecting the blood vessels. “These are not the most large-scale applications at the moment, but that may well change in the future,” says Olie.

SuikerUnie will soon be launching the new Green Circles sustainability concept. This is an innovative cooperative method to make the Green Circles concept more sustainable integrally, and to stimulate the circular economy in the region. The method was developed by Heineken Supply Nederland. Central to this is integral sustainability by working with private and public parties on closing the local cycles among other things, but also on the energy transition.

At SuikerUnie, of course, this is already happening in part. For example, the cooperative supplies residual flows such as lime fertiliser and digestate to its member farmers, and green gas to the gas grid. And in the Agro&Food Cluster Nieuw Prinsenland (Dinteloord), residual water from the beets (and in the future, perhaps also from residual heat and CO2) goes to the surrounding horticultural businesses. In Anklam (Germany) residual heat is even supplied to the local swimming pool.

“Green Circles looks beyond its own chains”, says Sustainability Manager Andries Olie. “It’s also about cooperation with governments, knowledge institutions and other companies. You map out the joint sustainability ambitions and discuss how you can achieve them together. In practice, permits and regulations sometimes form an obstacle to realising circularity.”

“However, it also concerns larger issues, such as circularity, soil management and biodiversity. For example, we are in talks with the Naturalis Biodiversity Center in Leiden about soil microorganisms. We provide help so that they can investigate how the soil changes. In this way, with Green Circles, we look at the coherence in the total ecosystem.”

This article was produced in collaboration with Cosun/SuikerUnie. 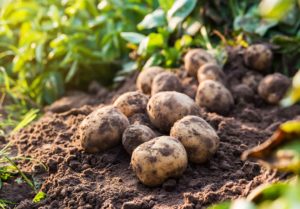 The Cosun Innovation Centre is looking for applications not only from sugar beet, but also from other plants, such as potatoes (Aviko, like SuikerUnie, is part of the parent company Royal Cosun) and chicory (Sensus), from which the prebiotic dietary fibre inulin is extracted. 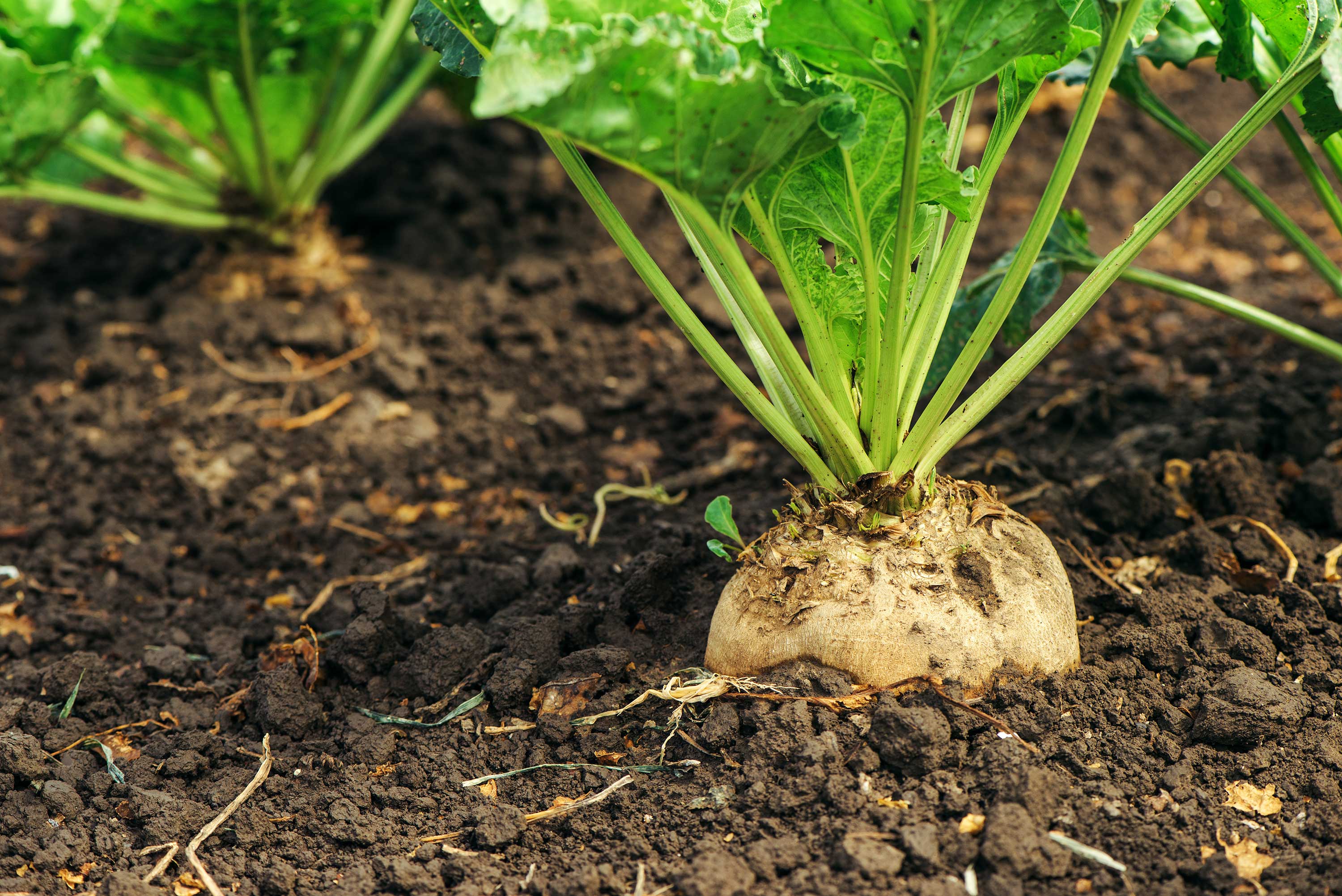 How do you cook a sugar beet to obtain bioplastics? Ola Wróblewska answered this question in…

‘Corbion takes steps in the process for FDCA’