No Comments
Read on
Agro & Chemistry brings its readers a constant news flow from our partners, including Circular Biobased Delta. Below are some highlights from the past period.
Editorial office

A new Managing Director was appointed to the Green Energy Campus this past November: Connie Paasse. She is an experienced manager from the international chemical industry and previously worked for various companies including Purac, Corbion, AVR, Shell and BP.

‘I view the Green Chemistry Campus as a great instrument with which to make a contribution to the sustainability and greening of the chemical industry and to reducing CO2,’ says Connie Paasse. ‘With my background I believe that I can establish bridges between large chemical companies and the world of start-ups and SMEs here at the Campus.’

Up until 2030, 50 percent of all raw materials we use in the Netherlands will be consumed by the construction sector, which is approximately one billion tonnes. Only one third of this can be extracted from the reuse of materials and waste materials. That means that we will have to consider the use of renewable, biobased materials. That was the subject of the (digital) inspiration session that Circular Biobased Delta organised in October during the Trade Fair Building Holland, as an alternative to the Biobased Business Day, which was cancelled this year. A striking component of the session was ‘The Exploded View’ presentation: a scaled-down version of the home developed by De Nieuwe Helden [The New Heroes] design group, which is entirely built with circular biobased materials, and which was previously on display during Dutch Design Week.

Among all of the digital events, Natural Fibertastic in Bergen op Zoom at the end of September was a relief, albeit in a corona-proof version with only 65 participants at a one-and-a-half-metre distance from each other. The event highlights various applications of natural fibres in the construction and infrastructure sector, from the perspective of the producers of fibres and composites, as well as from the perspective of customers and government organisations. Biobased innovations do not always prove to be cheaper than traditional products, but do stand out in terms of new or improved functionality. Things that come to mind include noise-deadening bio-asphalt that reduces traffic noise, or bio-composite guiderails that do not leak any zinc into the ground. Impershield also presented a unique invention during Natural Fibertastic: a tree resin-based coating that prevents the growth of weeds for many years. The company won the NFT Award 2020 with this invention. Read Natural Fibertastic’s full report on our website.

This page was created in cooperation with Circular Biobased Delta. 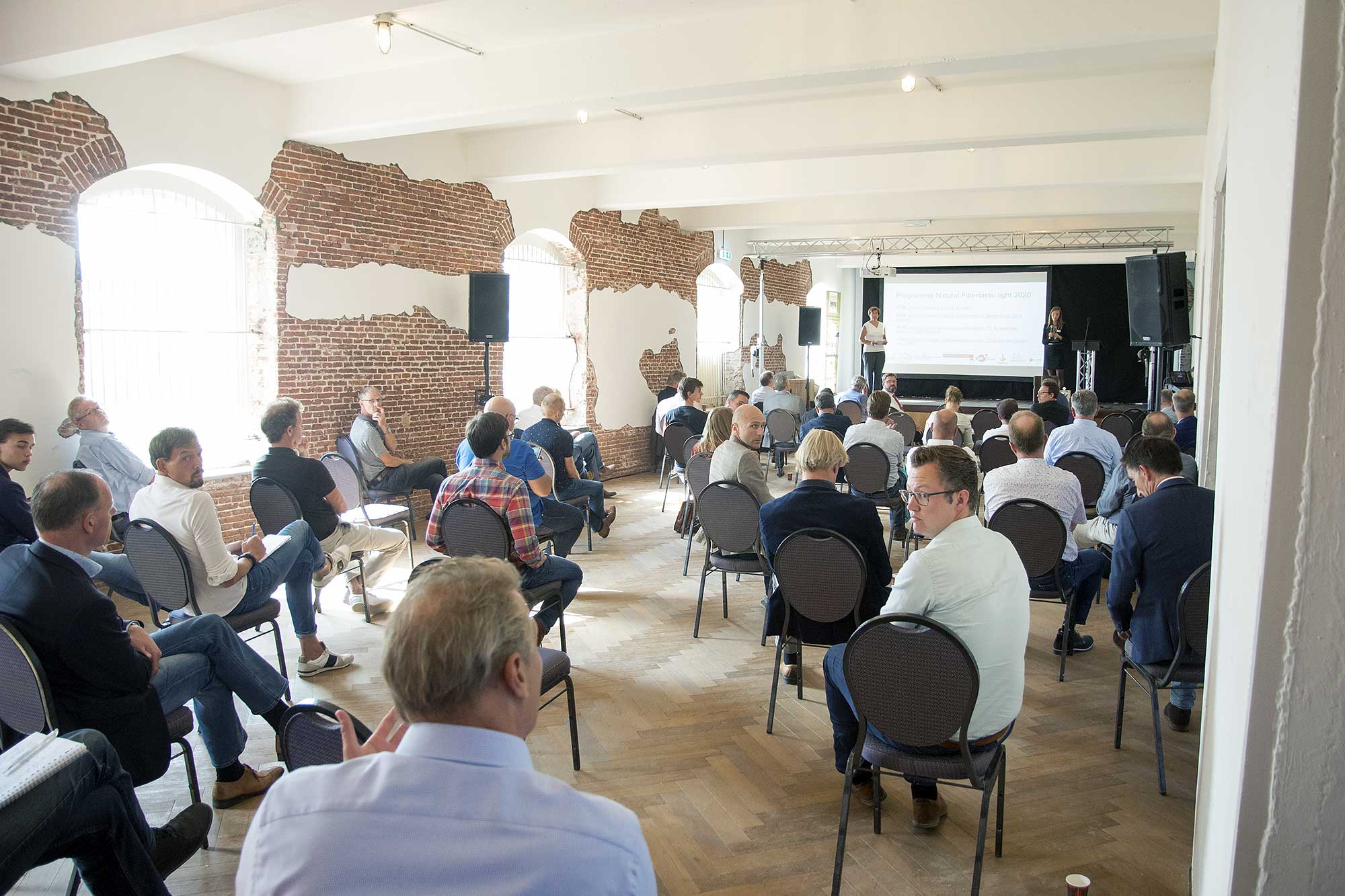 ‘The larger programme lines of Biobased Delta are gaining increasingly more traction. We can see that…