No Comments
Read on
“Hollow straws”, is how Leon Joore of the Natural Fiber Application Center (NAC) described natural fibers during National Fibertastic 2020, on September 22 in Bergen op Zoom. Those hollow straws were central to the event, which was organized for the fourth time. This time, in a corona-proof "light" version with 65 participants, five feet apart from eachother.
Pierre Gielen

Natural fibers ome in countless variations, with different dimensions and properties and just as many applications. The focus of the day was on the application of natural fibers in construction and infrastructure. Leon Joore mentioned a number of practical examples of studies that are carried out at the NAC for the benefit of the business community. Esther Stapper of the green building and renovation cluster of Circular Biobased Delta elaborated on a number of developments in biobased infrastructure projects: “Eight years after we started, we already have more than 40 projects. This includes several provincial roads. We also see that these are increasingly larger projects. This is a good sign. It means that the use of natural fibers in construction and infrastructure is becoming increasingly common.”

One of the provinces that is experimenting with a ‘biobased road’ is Noord-Holland. Contractor Dura Vermeer was even allowed to construct a complete biobased testing ground on the N231 near the Dutch municipality of Aalsmeer. Sustainability manager Steven de Kruijf showed a number of examples during Natural Fibertastic. For example, fauna connections and cycle paths were reinforced with Miscanthus grass, traffic signs and light poles were made of bamboo and roadside grass, mowing and fauna screens were made of bioplastics based on sugar cane and asphalt is used with (partly) biobitumen as a binding agent.

Not only the application of biobased plastics, but also the production method ultimately determines how sustainable a product can be made. Additive manufacturing for example, saves enormous mold costs and the time from development to application is minimal. Albert ten Busschen of Poly Products in Werkendam uses a colossal 3D printer with a print bed of 2 by 4 meters. Within the Interreg 2 Seas project SeaBioComp, fender profiles have been made for jetties. “Thanks to 3D printing with biocomposites, we waste less material, save time and money and make products that are lighter and recyclable.”

The sustainability of such a product can now be expressed in euros, which makes the difference between biobased and fossil products immediately clear. This can be used if, despite all green ambitions in this day and age, a client still wants to select on price. Olga van der Velden of NIBE sustainability consultants showed how a life cycle analysis (LCA) of biobased products can be made in which the environmental costs are taken into account. She has seen “an explosion of requests for advice on biobased building materials” lately; a good sign of the rising popularity. Such an LCA is already commonplace in housing construction, but unfortunately not yet mandatory in infrastructure.

Diederik Heij of PIANOo, the network for professional and innovative public procurement, is an advocate of LCAs that objectify the added value of biobased. This includes ‘shadow amounts’ for matters that cannot yet be expressed in euros, such as CO2 emissions or degradability. “If you can put a price on it, it becomes clear that sustainable alternatives are often more interesting.” According to Heij, this is important because the government does play a role in the green transition by acting as a ‘launching customer’: “Governments would like to purchase innovative procurement, but are not very good at it.” This is reflected in the conditions that are sometimes set for assignments: they prefer to place all risks of innovative products with a start-up. Or they ask for a 40-year warranty for a product that has only just entered the market. Or assess new developments based on standards that were once devised for fossil products. This should be done differently, according to Heij: “Governments must act as ‘first followers’: the first follower of an innovative entrepreneur inspires others, makes them enthusiastic and ultimately creates volume.”

“Technology is therefore not the real challenge in the circular biobased economy”, says Luuk Braam of contracting company Den Ouden Group. A lot more is involved in successfully marketing a product. Wood and grass fibers from mowing and pruning, for example, seem to be an ideal biobased raw material, but in practice they turn out to be more expensive than, for example, waste paper, which makes a conclusive business case difficult. That is why Den Ouden is aiming for products with more added value, such as Hortifibre: wood fibers as a replacement for the less sustainable mineral peat in substrate. Or even ‘Vegan Leather’, made from leaf waste and developed in collaboration with Biophilica and BlueCity in Rotterdam. It is not necessarily cheaper than real leather, but animal-friendly and that’s why there is a niche market for it. Next year, Den Ouden will start a pilot with the production of no less than 500m2 of this plant-based material.

New or improved functionality is also a strong selling point for innovative products. Think of noise-reducing bio asphalt that reduces traffic noise. That is what Circular Biobased Delta (CBBD), together with 23 partners, is working on in the CHAPLIN project. In this project fossil bitumen, the ‘adhesive’ in asphalt, is replaced by plant-based lignin. “It’s not just about CO2 reduction, but also about the added value of bio asphalt,” says Willem Sederel, chairman of CBBD. “Moreover, we stimulate the development of biorefinery.”

Sederel mentioned ambitions to give the CHAPLIN consortium a more international focus next year. “We want to continue as a European project in 2021. For example, we should also conduct practical studies in Scandinavia or Spain in order to gain more insight into the reaction of bio asphalt to variations in moisture and temperature.”

It would be a bonus if natural fiber reinforced guide rails could also be used on the edge of bio-asphalt roads across Europe, to provide safety. In the Netherlands alone, about 18.8 tonnes of zinc leaks into the soil from the traditional galvanized ‘crash barriers’. On a European scale, that is 850 tons, year in, year out. Biobased guide rails, made of thermoplastic biocomposite, would put an end to this contamination. Harm Jan Thiewes of Millvision has been working on them since 2015 in the BG4US project, with support from the European LIFE subsidy program. Now it is time for a version 2.0 of the guide rail. The molds have been delivered and a real guide rail has yet to come out this month. Crash tests that prove it really safe are already scheduled for 2021.

Using a road on both sides

Meanwhile, cycle paths are also going circular. Rob Verdonschot from Swaans Beton explained the Luxilane Circular Cycle Path concept. This is a modular system of cementless precast concrete plates, with a service life that is twice as long as that of conventional concrete bicycle paths. The secret: the plates can be driven on both sides. “When one side is worn, we just turn it over. That has an enormous positive influence on our LCA!” says Verdonschot. Thanks to a floating construction, the plates remain intact even if tree roots grow underneath and the presence of cable routes is no problem at all. The business model is also circular: the cycle path is not sold, but delivered as a service according to the PaaS (Product as a Service) principle. A municipality takes a ‘subscription’ to the cycle path, as it were. At the end of its lifespan, Swaans Beton takes the path back and recycles it. “An added benefit is that this makes us less dependent on primary raw materials.”

A permanent part of Natural Fibertastic is the presentation of the NFT Award. Jury chairman Dietmar Lemmens of the municipality of Bergen op Zoom presented this together with day chairman Sofie Dobbelaere (Flanders Biobased Valley) and started with an honorable mention from the company Poly Products for its 3D printed products. This year’s main prize went to the partnership of Impershield and Natural Plastics International. They developed a 100% biobased product based on tree resin that can be applied to sidewalks and parking lots and prevents weed growth there for at least 7 to 8 years. The winners received a cup and a voucher, to be spent on innovation advice from the Natural Fiber Application Center and financial and business advice from Rabobank.

Rop Zoetemeyer of Circular Biobased Delta concluded afterwards that the many positive reactions stimulate the organization to go big with the fifth Fibertastic again in April 2021: extra festive because of the achievement of the first lustrum. “This event clearly showed that we can only accelerate the transition to a circular biobased economy if we learn to work together better, also with parties from other sectors,” says Zoetemeyer. “We are aware that more is needed than just technology. Working together increases the chance of success, is cost effective and above all fun; we must not forget this. We need this positive energy to realize the impact, because people are making the difference!”

This article was produced in collaboration with Circular Biobased Delta. 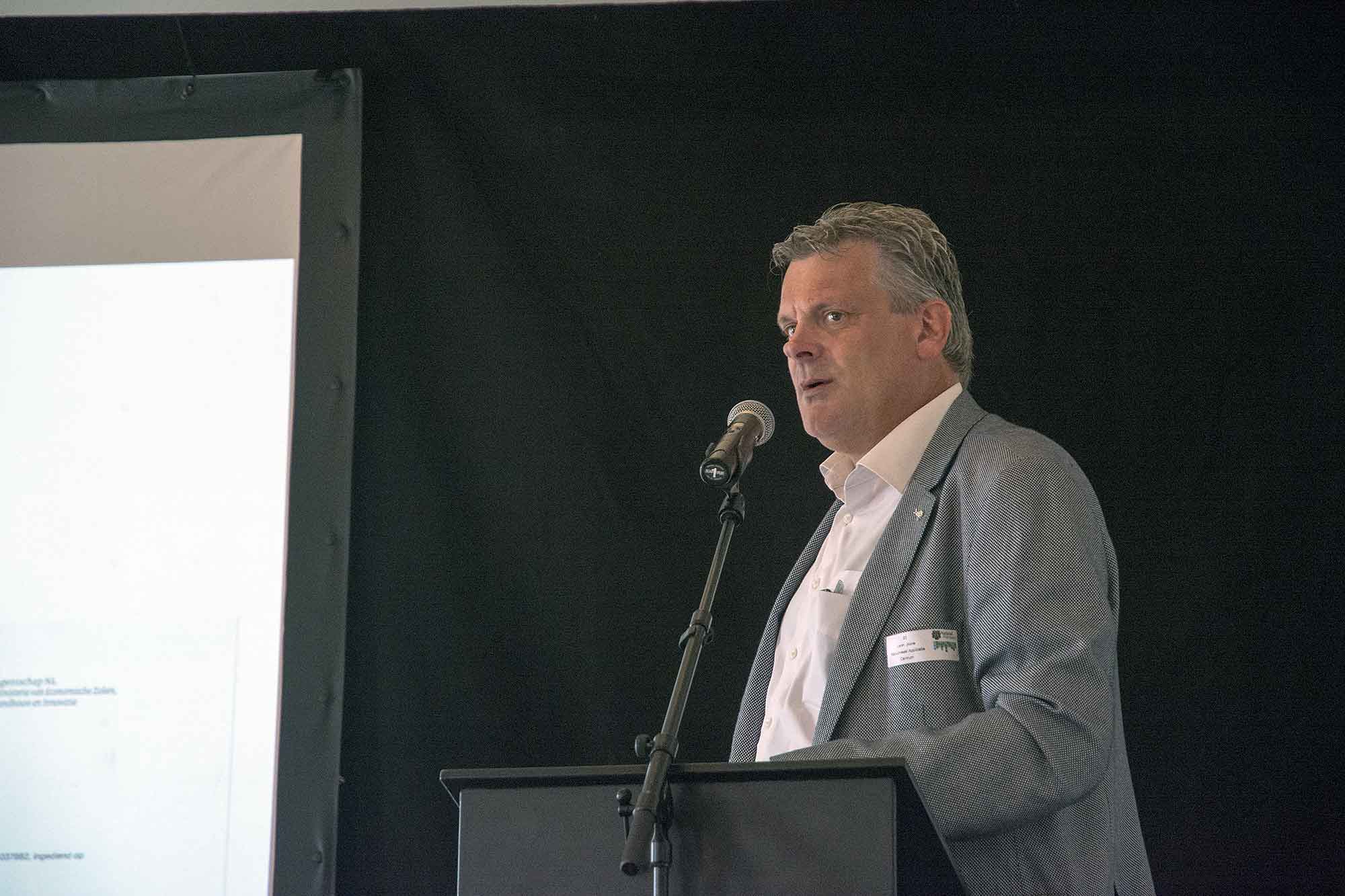 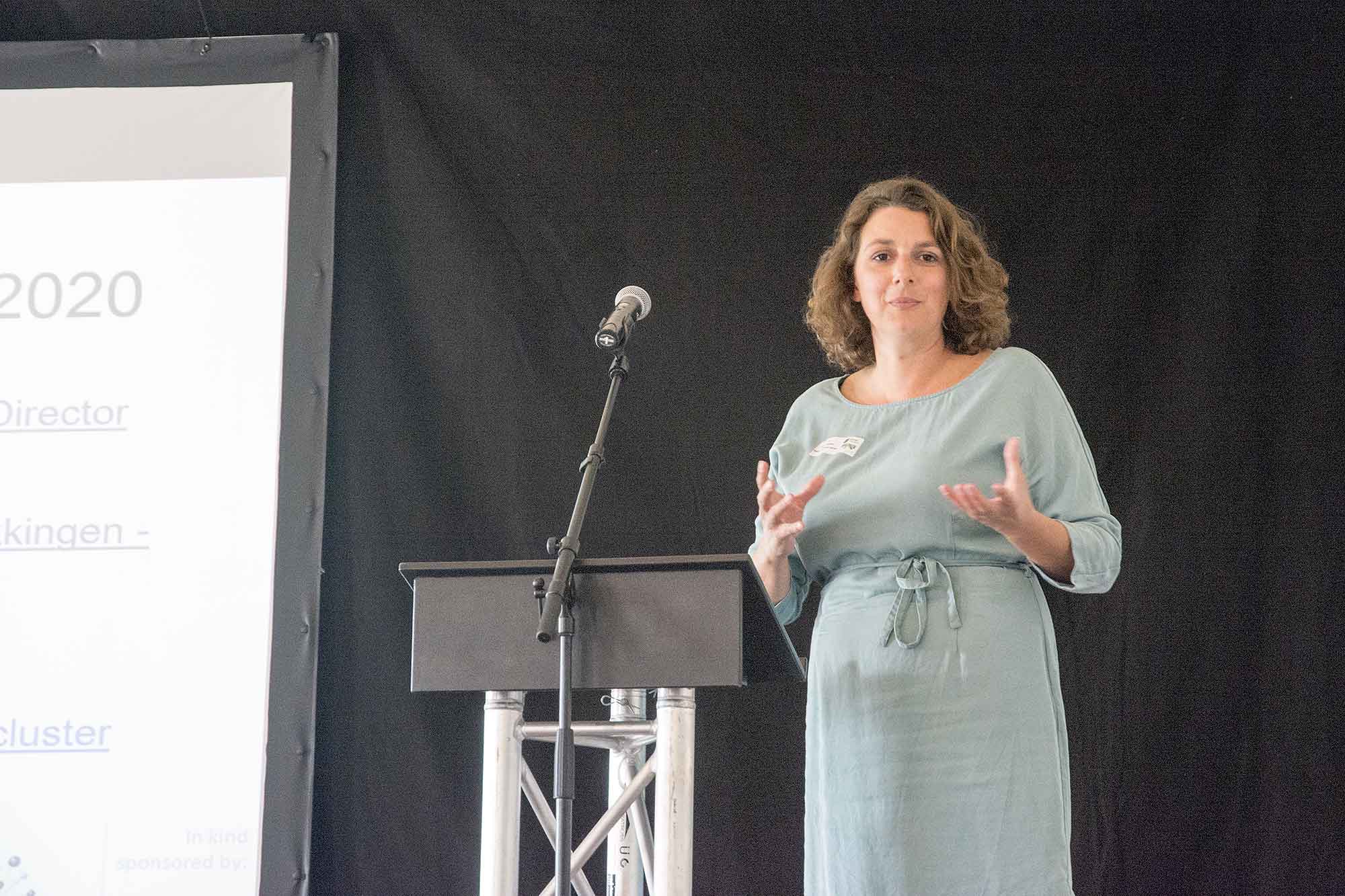 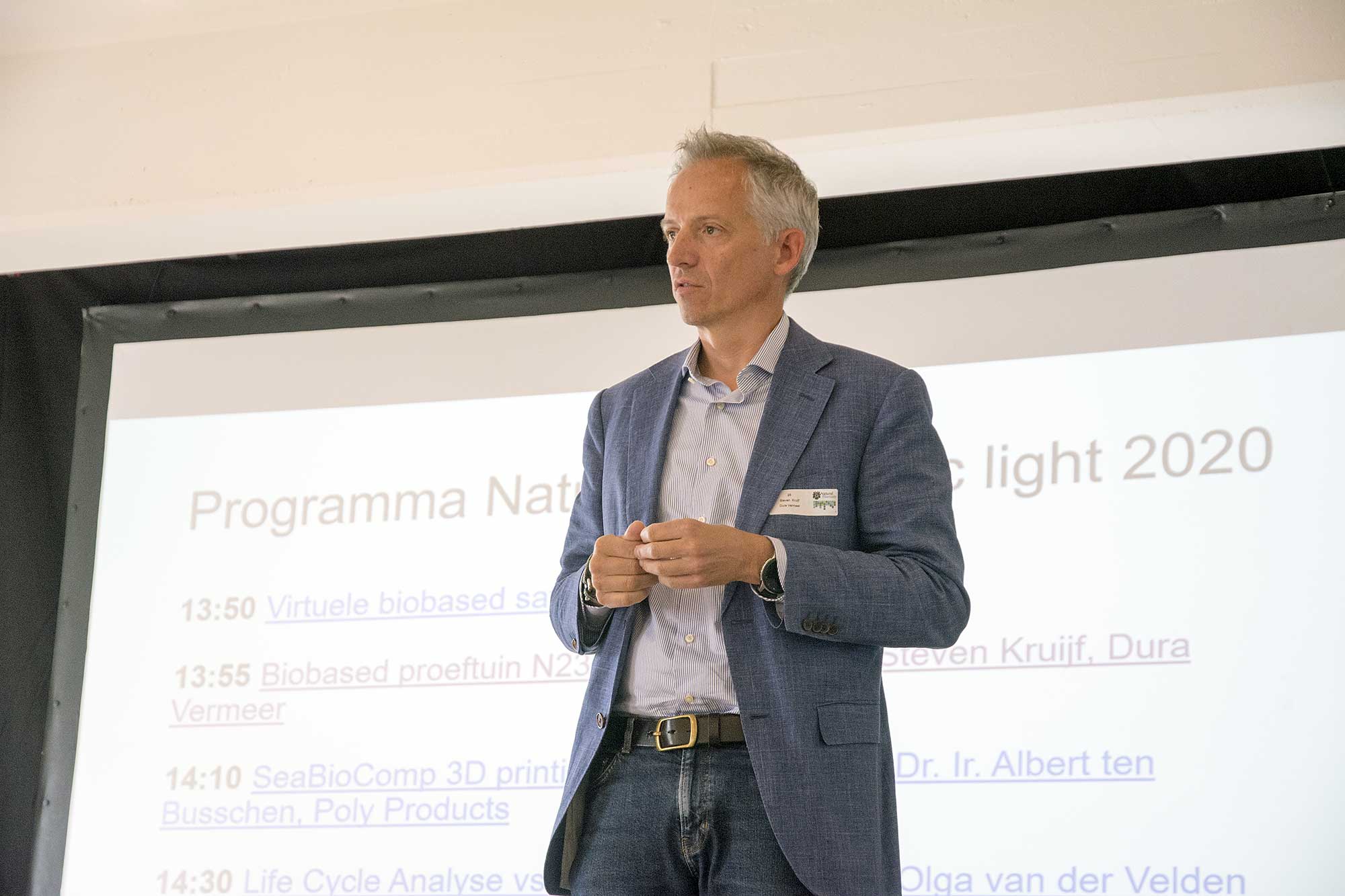 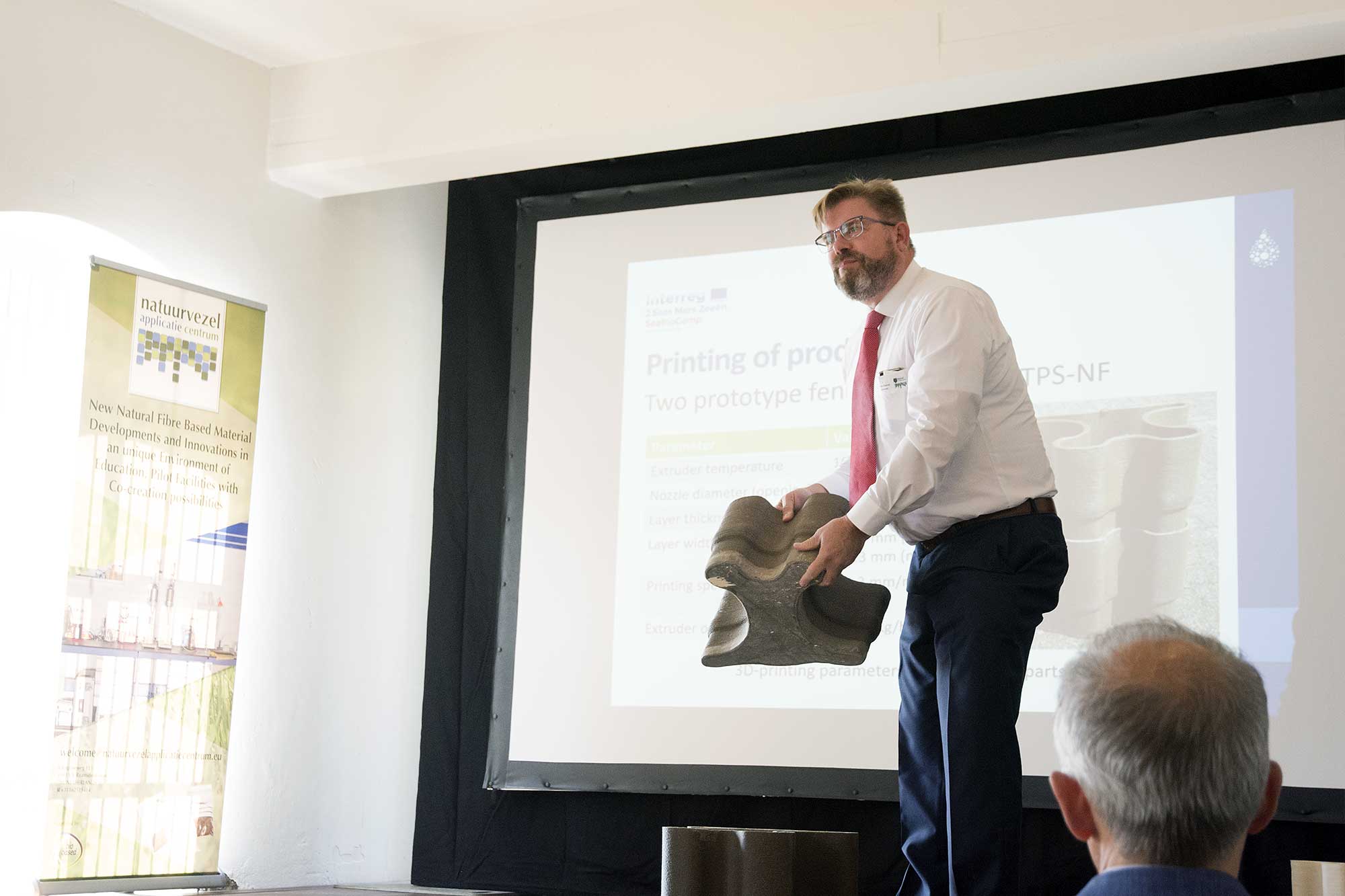 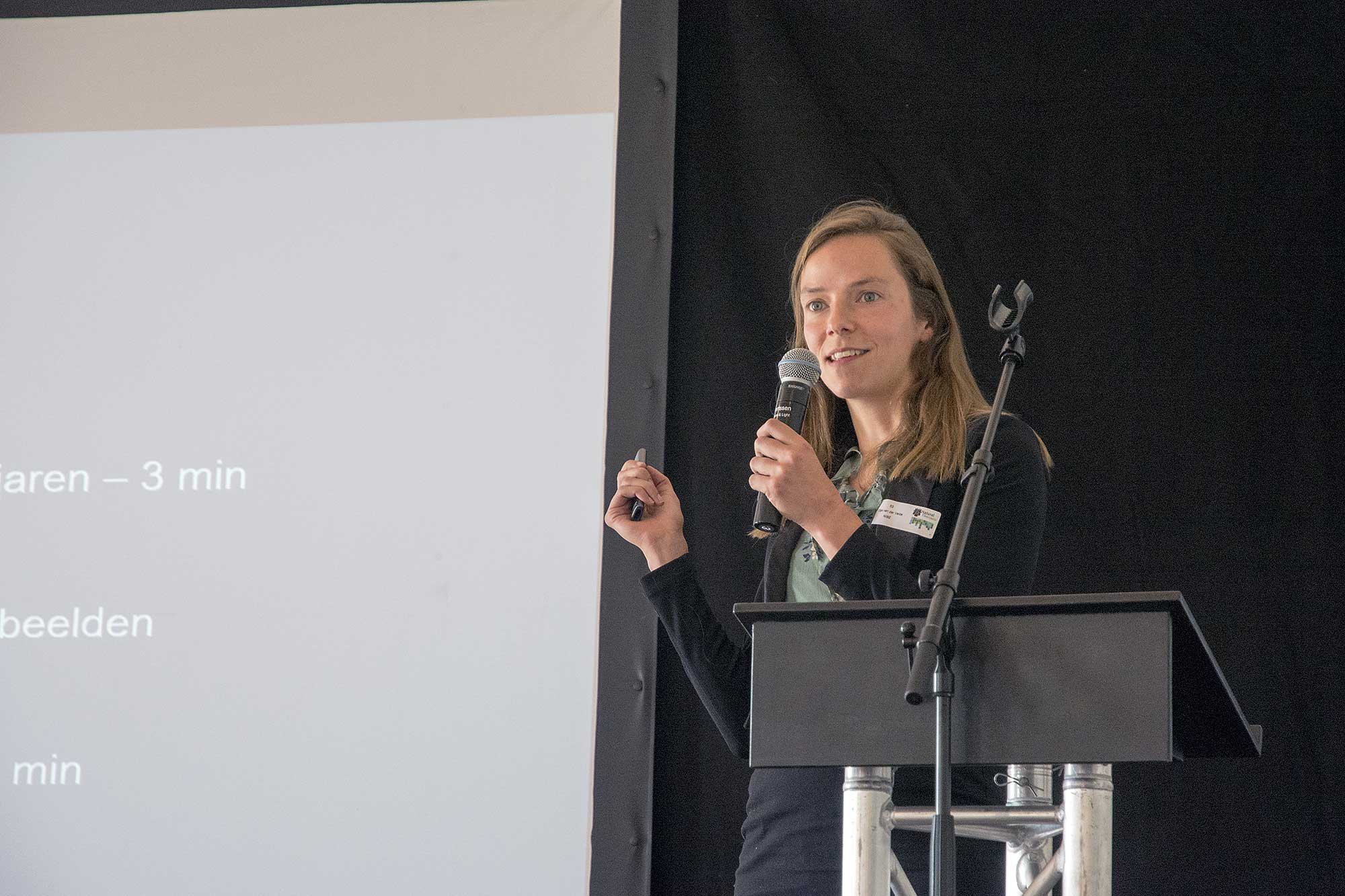 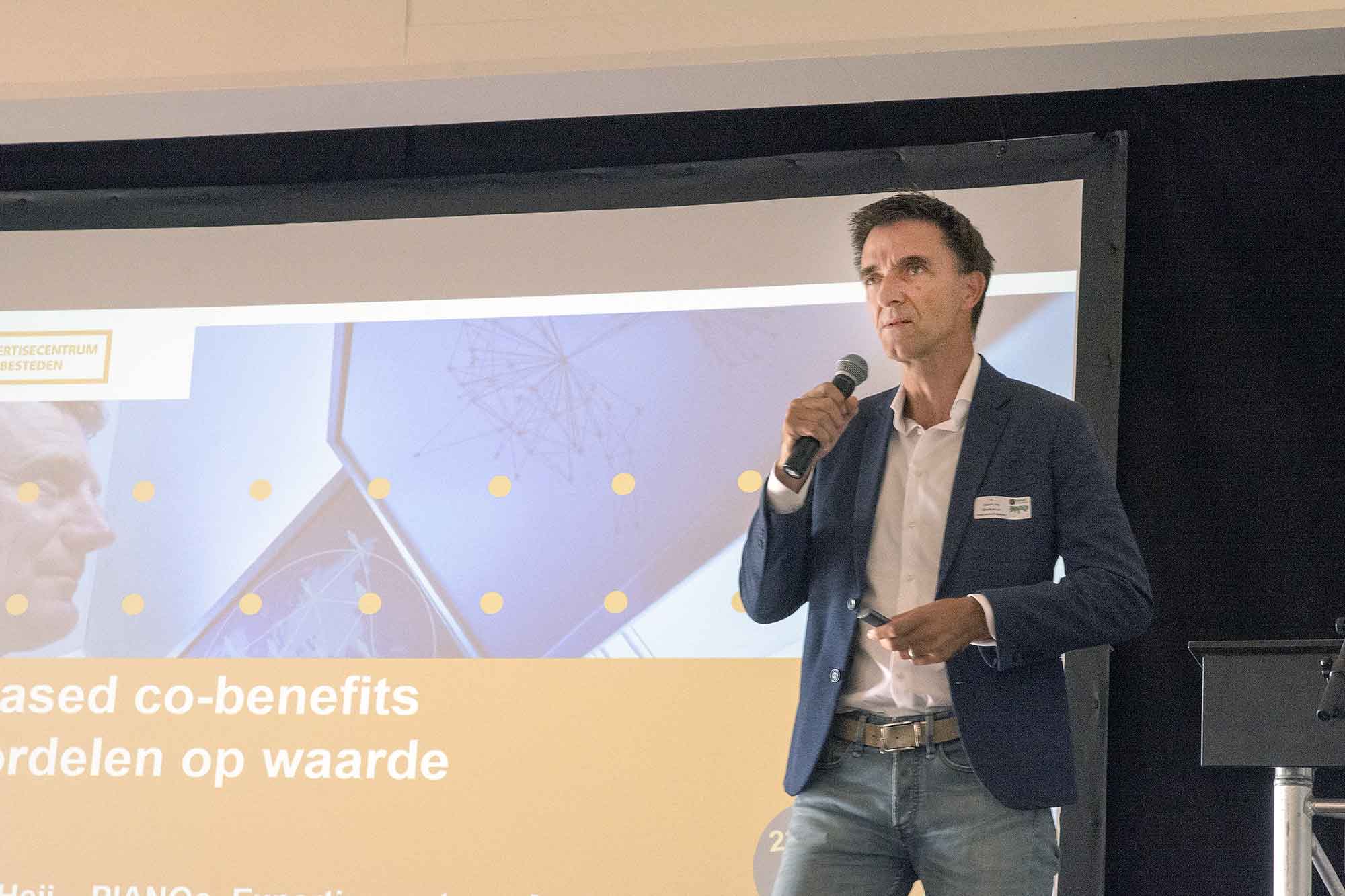 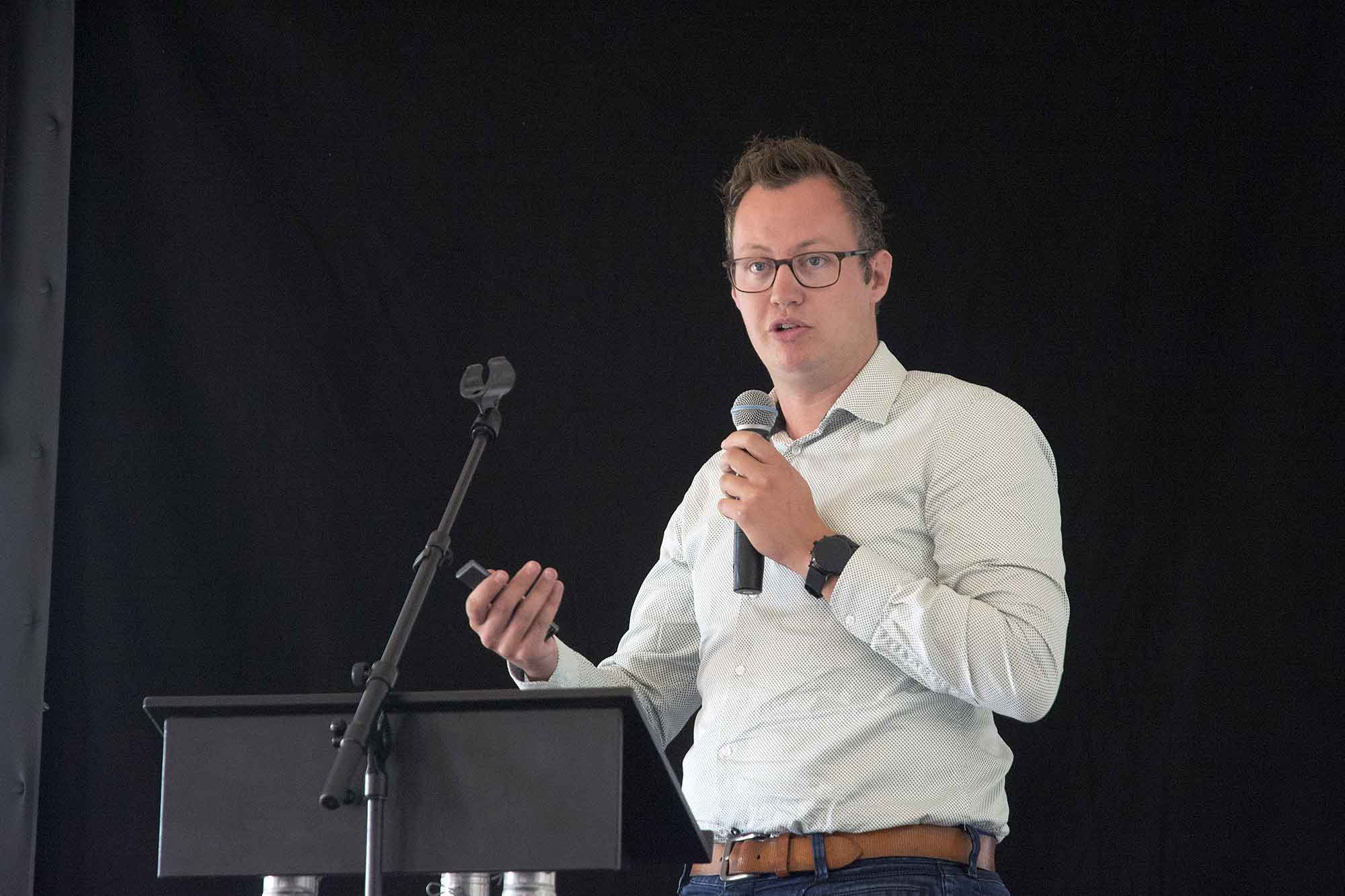 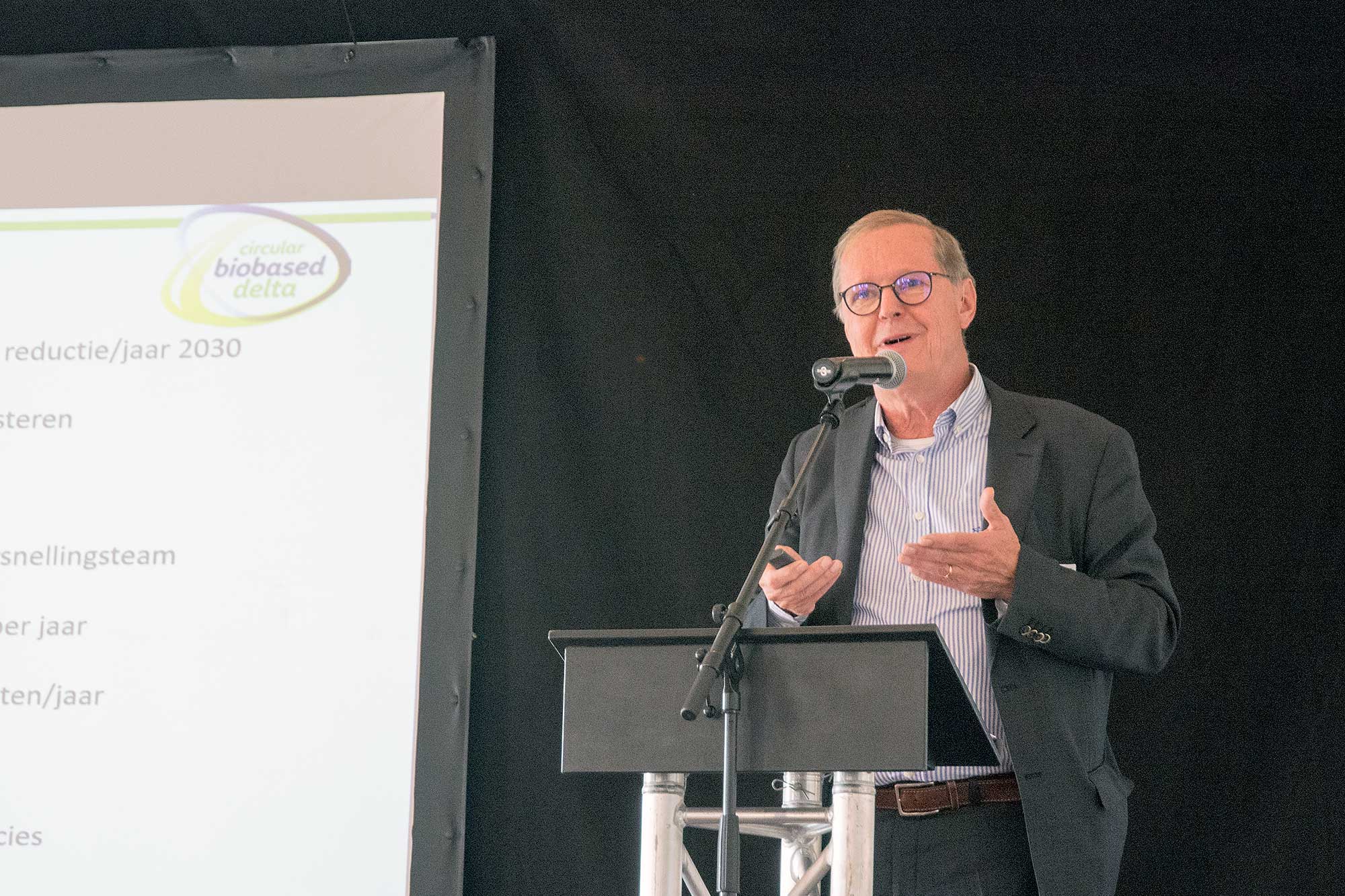 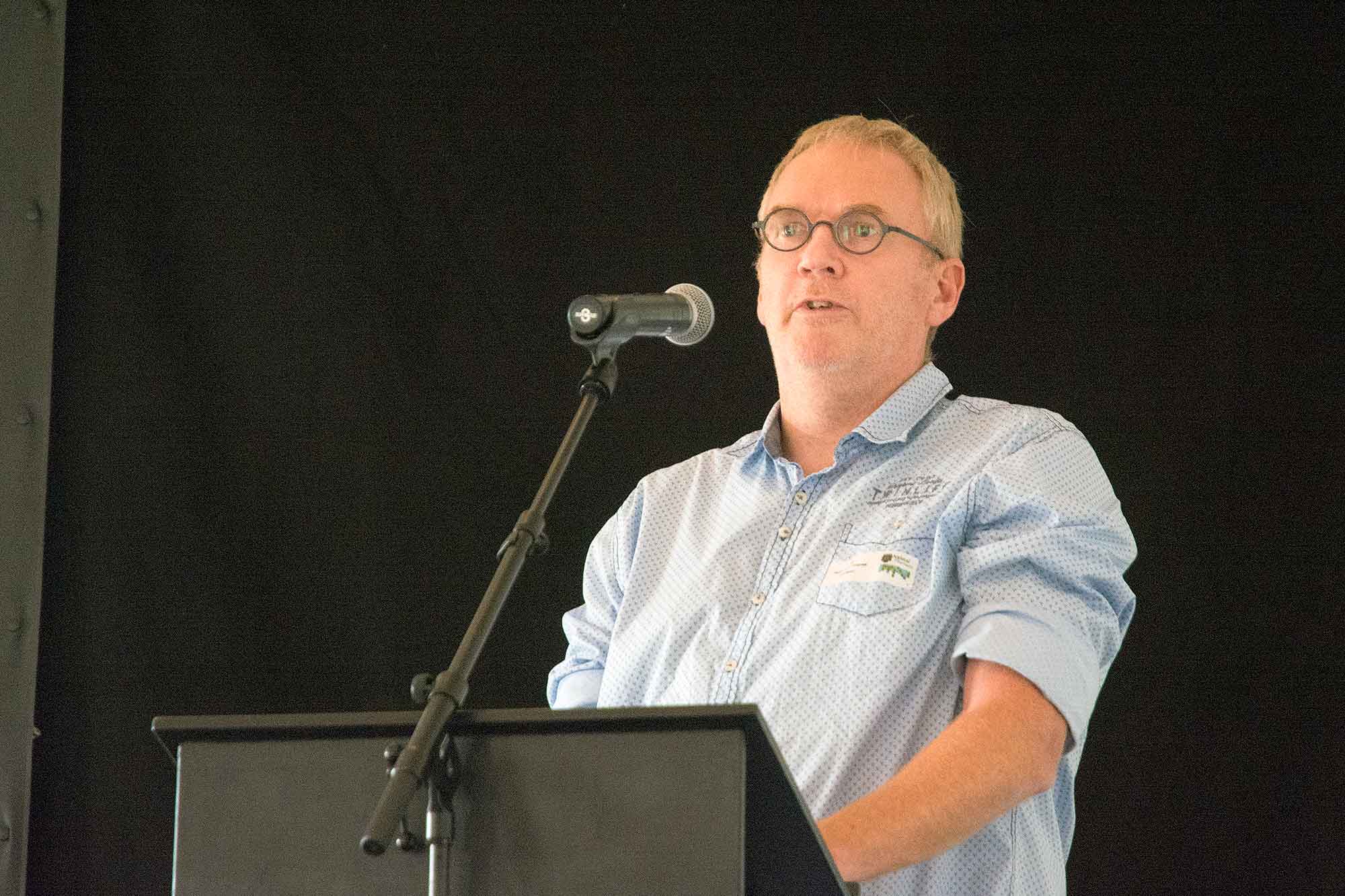 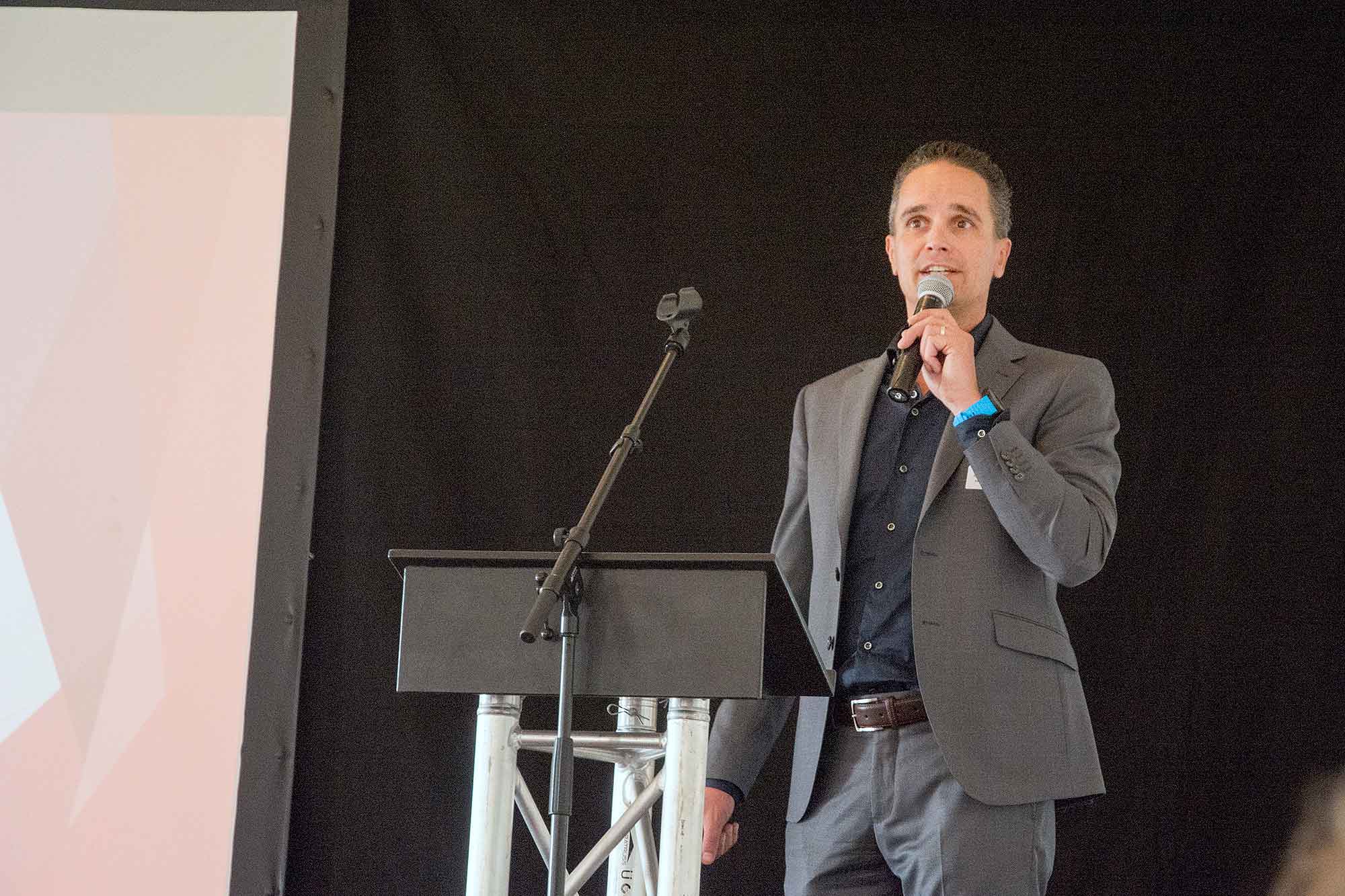 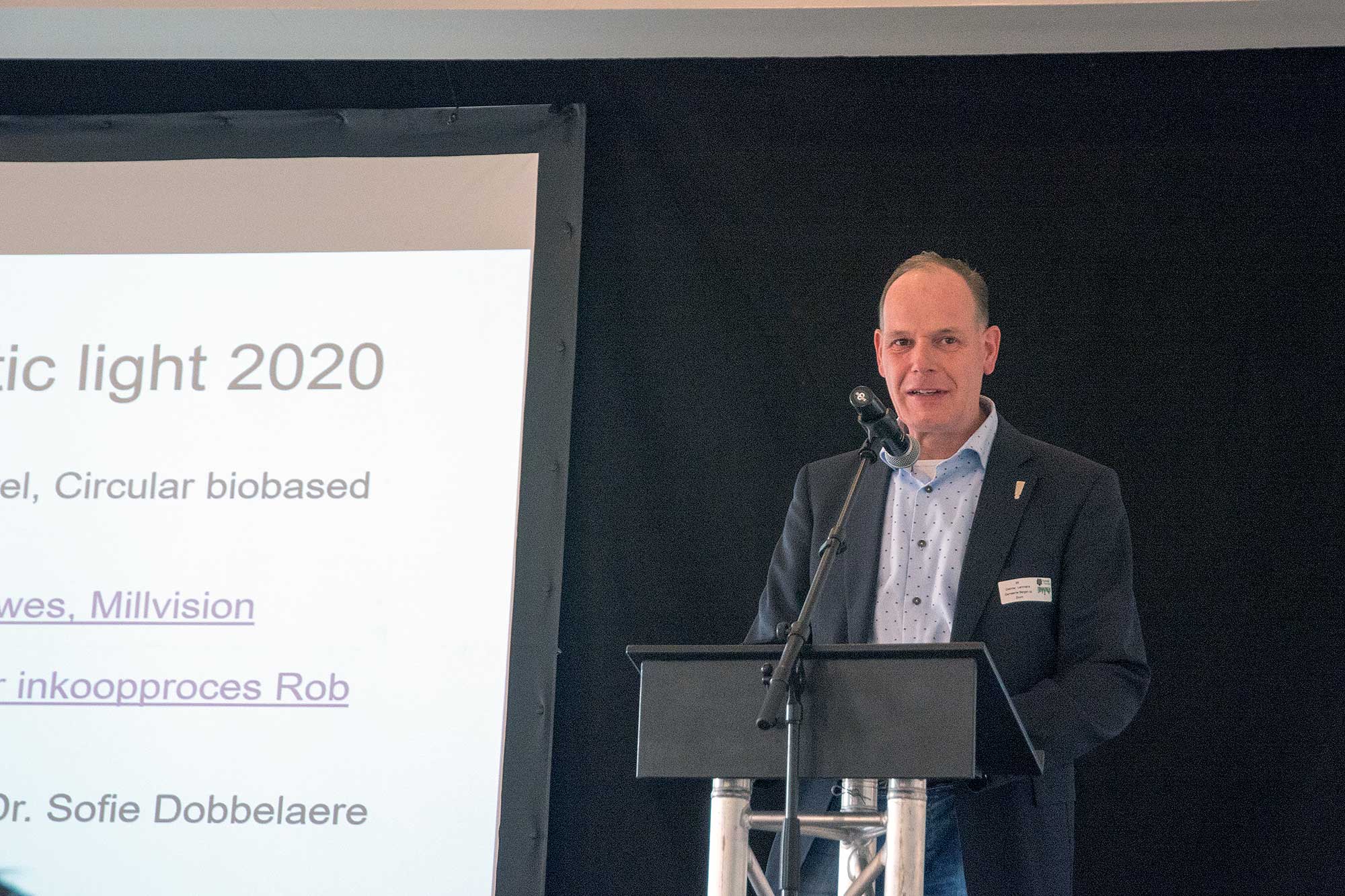 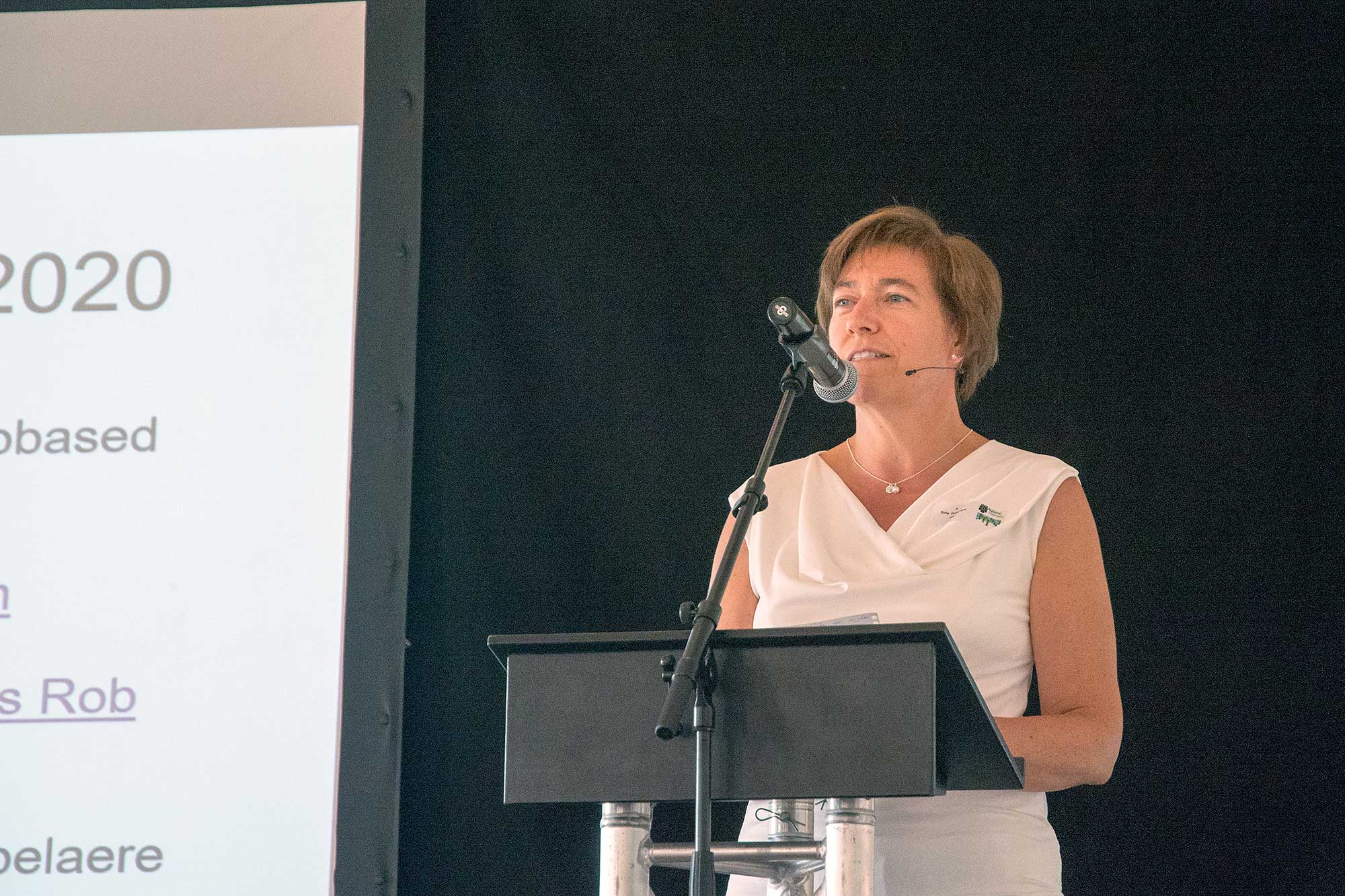 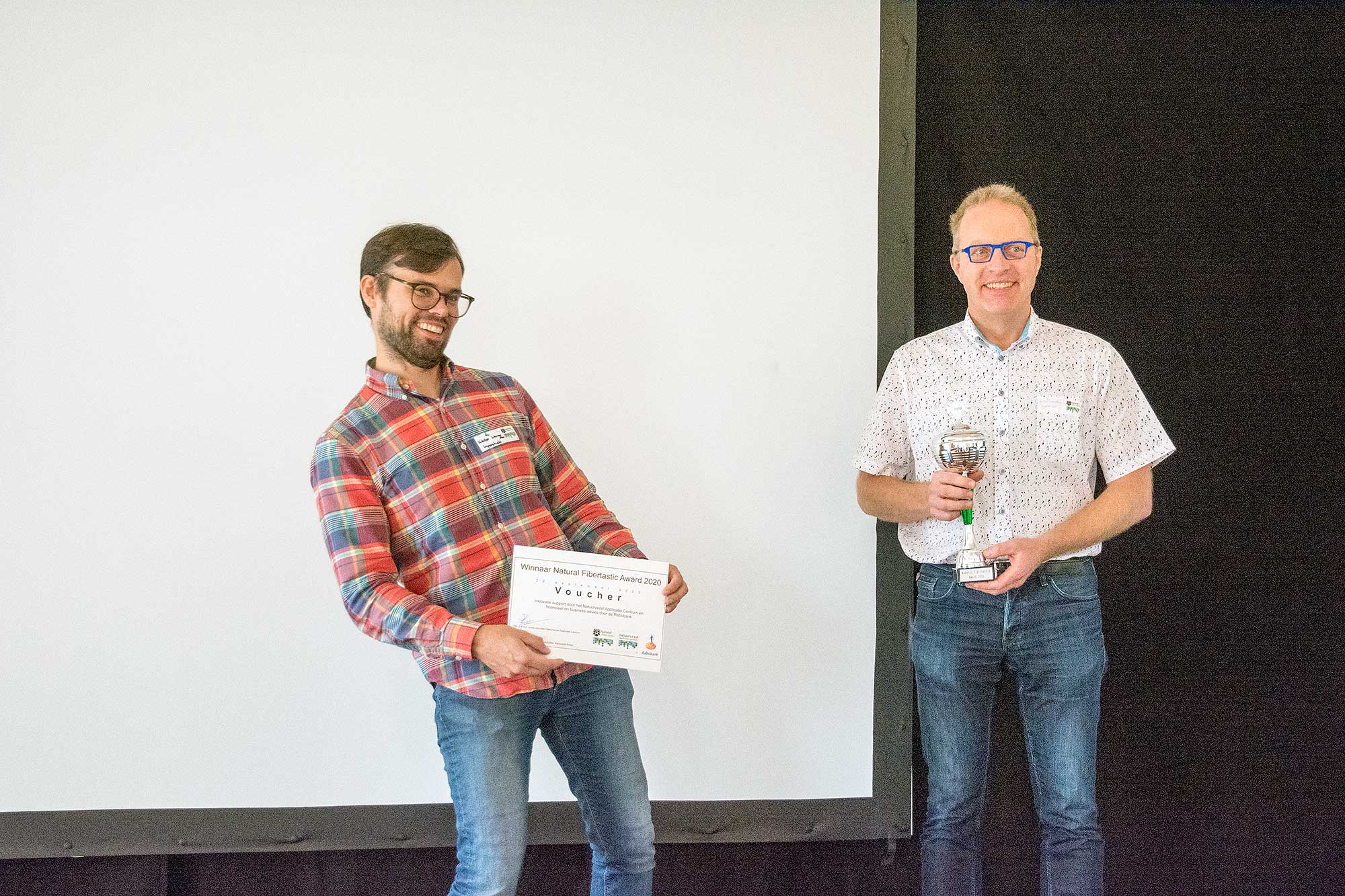 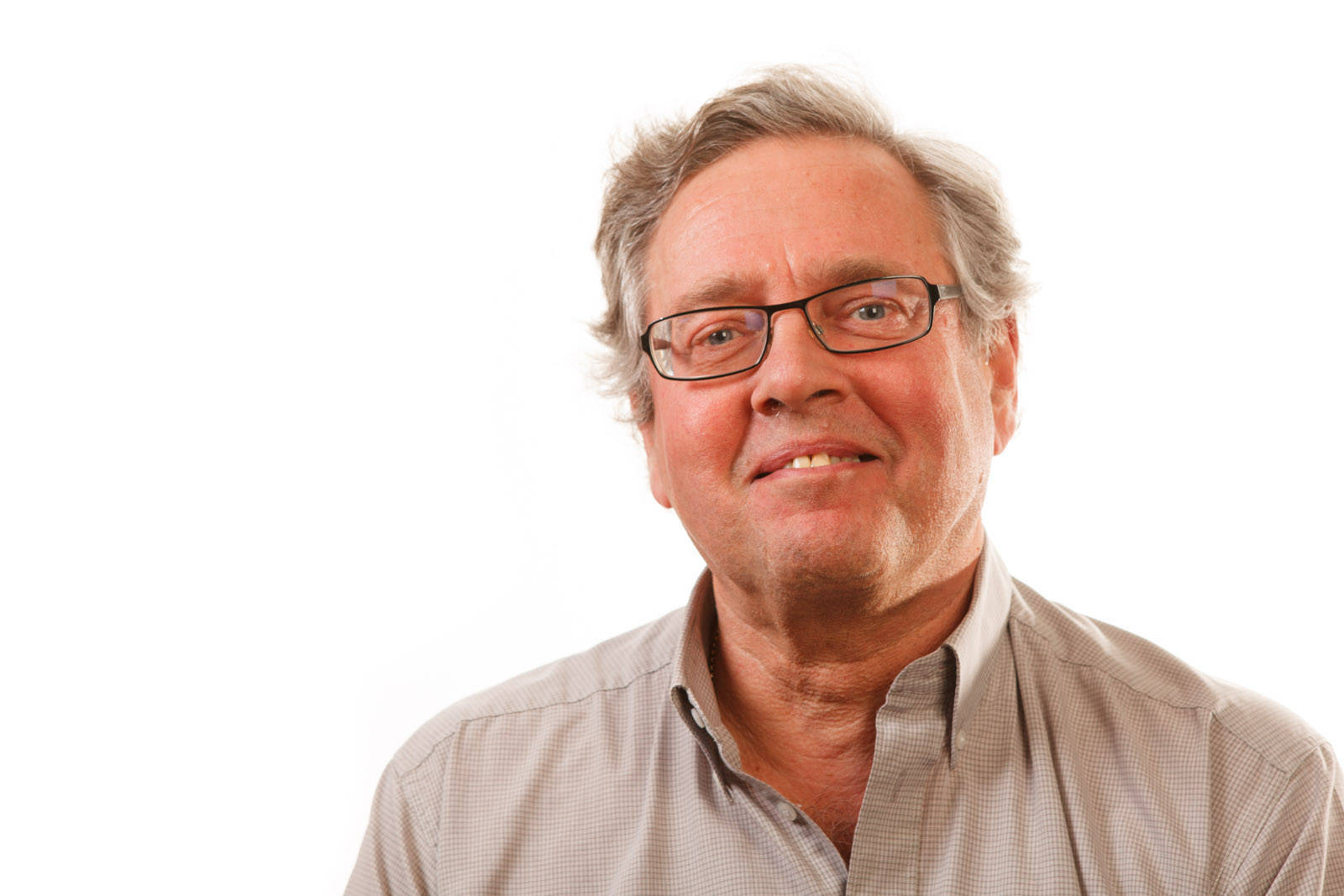 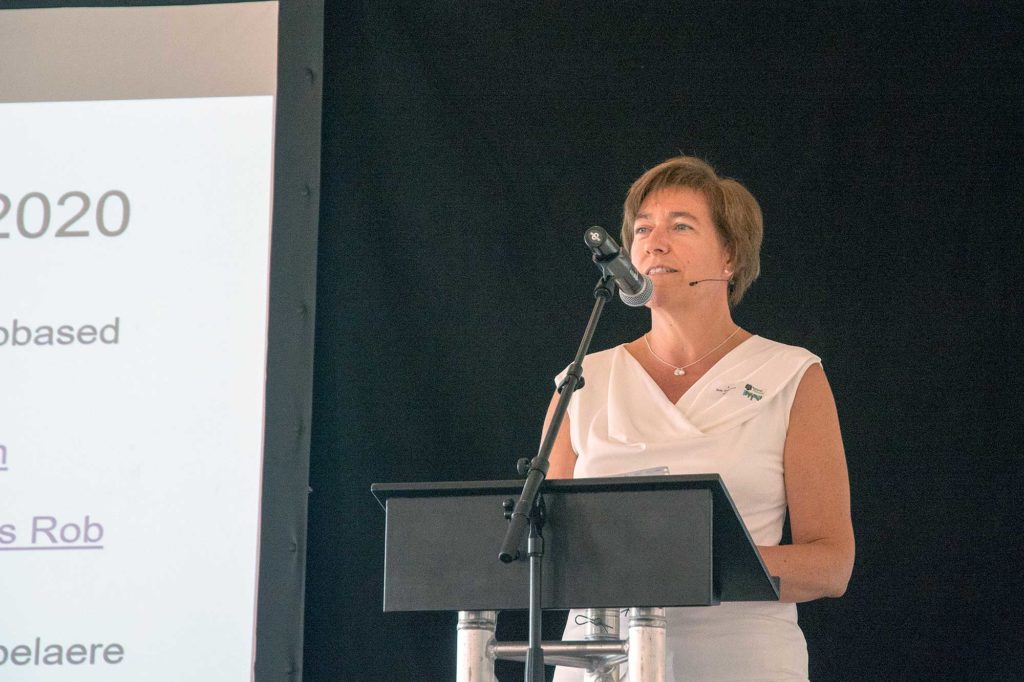 Not only in the Netherlands, but also in Flanders, natural fibers are widely used. Chairman of the day Sofie Dobbelaere, who is also director of Flanders Biobased Valley, gave a number of examples of developments within Flanders in the field of construction/infrastructure.

Natural fibers are getting more and more attention. For example as an insulation material, as a…