No Comments
Read on
Natural fibers are getting more and more attention. For example as an insulation material, as a matrix for biocomposites or for their aesthetic and additional properties. This became apparent on 18 April during the annual Natural Fibertastic congress. The well-attended event in the monumental "Great Arsenal" in Bergen op Zoom attracted the interest of at least 175 visitors from home and abroad. Many examples were discussed here.
Pierre Gielen

The day started with a varied morning program. For example, a biobased safari was organized; a bus excursion to various infrastructure projects and initiatives in the region, including the well-known Zoomland viaduct on the A58 and the Plastics Application and Training Center. In parallel, three sessions took place: one about biobased building, based on a recreation house (tiny house), one about the transition to biobased insulation materials and one about the Interreg project Boundless Biobased Education (GBO), aimed at matchmaking between about 20 partners on both sides of the Flemish-Dutch border.

GBO is well advanced with the development of joint biobased education modules at all levels of education, networking and the availability of (shared) test facilities. There is now also a digital platform, with which the continued existence of the project is guaranteed. “Because we absolutely want to continue after GBO,” says Rop Zoetemeyer, director of Biobased Delta and cart-maker of GBO. “Otherwise it would have been a waste of money.” Read more soon about the state of affairs and future of GBO in Agro & Chemistry.

The afternoon program, led by moderator Sofie Dobbelaere (Flanders Biobased Valley) was kicked off by self-proclaimed “biobeast”, mayor Frank Petter of Bergen op Zoom. The municipality of West Brabant has embraced biobased in all kinds of ways. This is apparent from, among other things, the municipal procurement policy and the active co-investment in the Green Chemistry Campus. Since this year, Bergen op Zoom is even awarding a prize to associations that build their carnival cars for the parade with biobased materials.

Sofie Dobbelaere then gave an overview of some current projects in Flanders, such as BioPLA (biocomposites from PLA with cellulose or bamboo), Hemp in a Box (insulation material from lime hemp), GLIMPS (lampshades from mycelium with natural fibers), Haspenwood (products from residual wood from apple trees) and Pro Natura (fruit baskets from Knotplex, a material made from the exotic Japanese knotweed knot).

The keynote speech was by Kees de Gooijer, “Chief Inspiration Officer” of the Top Sector Agri & Food and TKI-BBE, in which the three top sectors Agri & Food, Chemistry and Energy work together. He sketched a disconcerting picture of the different speeds with which the transition to a biobased economy can be shaped within these sectors. For example, innovations in Agri & Food are on the market within an average of 10 years and require an approximate investment of € 20 million each. Innovations in Chemistry require more time and money: 20 years and € 200 million. While innovations in energy are only possible after 30 to 40 years, partly due to the large investments: € 2 billion for a large power plant is no exception.

This sheds another light on expectations that a rapid switchover is feasible. According to De Gooijer, putting all hope in wind at sea is naïve: “To be able to generate enough energy for the whole of the Netherlands at sea, we need six North Seas.” The only solution is to look at biomass. And not simply by cutting down trees and burning them, because they grow back too slowly, but by looking at alternatives: residual wood from nature management, the cultivation of agricultural crops that provide sufficient biomass, algae, sewage sludge and CO2 utilisation.

In Sweden however, cutting down trees is an option, but it’s done in a sustainable way, said Jonas Joelsson of RISE Processum, a biorefinery on the Gulf of Bothnia (Northern Baltic Sea). Almost 70% of Sweden consists of forest, of which 1% is harvested and replanted every year. Processum is very interested in the developments that are currently taking place at the Biorizon Shared Research Center on the Green Chemistry Campus (the research on bio-aromates) and is looking for partners who want to collaborate in the field of both lignocellulose and nanocrystalline cellulose.

Leon Joore of the Natural Fiber Application Center (together with BioBase4SME organizer of Natural Fibertastic) gave a lecture on natural fibers and the challenge that their use entails. A natural fiber can absorb moisture, swell and therefore cause hairline cracks in composite. A natural fiber is also not always compatible with all (bio)polymers. The presence of cellulose sugars influences the curing of the polymer. Moreover, natural fibers generally have a large variation in length, thickness, space between the fibers and wall thickness. Seasons also affect quality. In addition, not all plants from one family have the same properties. According to Cor van Oers of Delphy, there is a lot of talk about the value of mowed roadside grass, but it is by no means always clear which species it is: ‘There are 6,000 types of grass and you do not know in advance what properties the fiber will have.’

Another challenge is scaling up the processing of biomass. According to Geert van Boekel from Newfoss, which already processes 40,000 tons of various types of biomass into components and fibers every year, requires machines, money and partners. Esther Stappper, biobased building and infra specialist at Biobased Delta, pointed out that upscaling in this phase of the biobased transition mainly requires a ‘warm’ cooperation, instead of a purchase-sale relationship, since the performance of materials over the years is not always clear at the outset.

Natural Fibertastic was the stage for the national Community of Practice TCO of the Netherlands Enterprise Agency (RVO.nl). The starting point of this community is that circular biobased materials have unique value in the products in which they are used. “Let us focus on this special property in terms of TCO (Total Cost of Ownership) or the added value, “said Stapper. “It is necessary to continue to monitor biobased materials for a longer period. Sometimes this also yields positive insights, such as the discovery of ‘hidden’ noise-reducing properties of bio-asphalt.” “Take the time to learn from each other,” was also the message from Annika Trignol (sustainability coordinator at Boskalis). As a contractor, this company increasingly tests biobased materials in infrastructure projects, together with suppliers.

This article was created in collaboration with Biobased Delta. 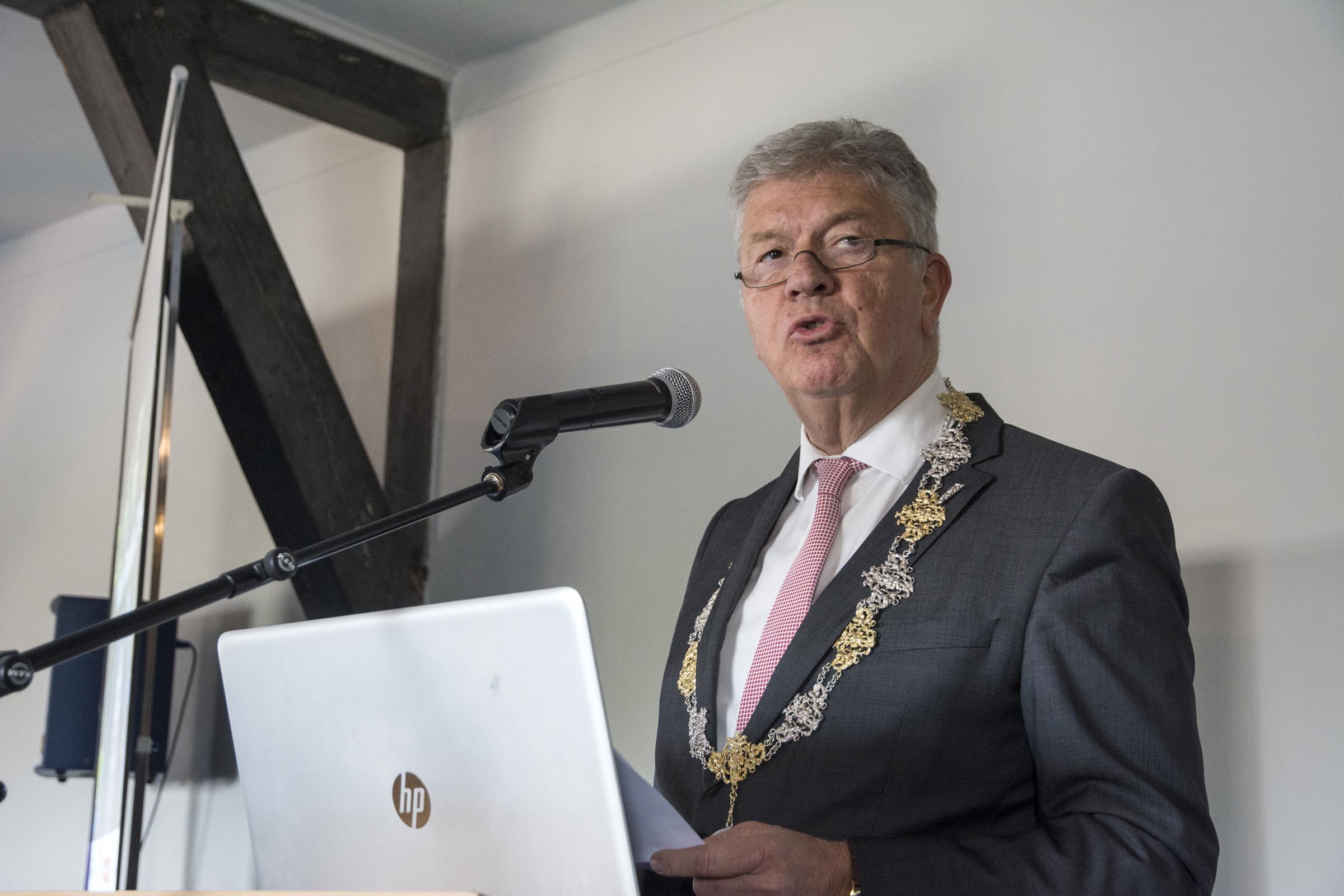 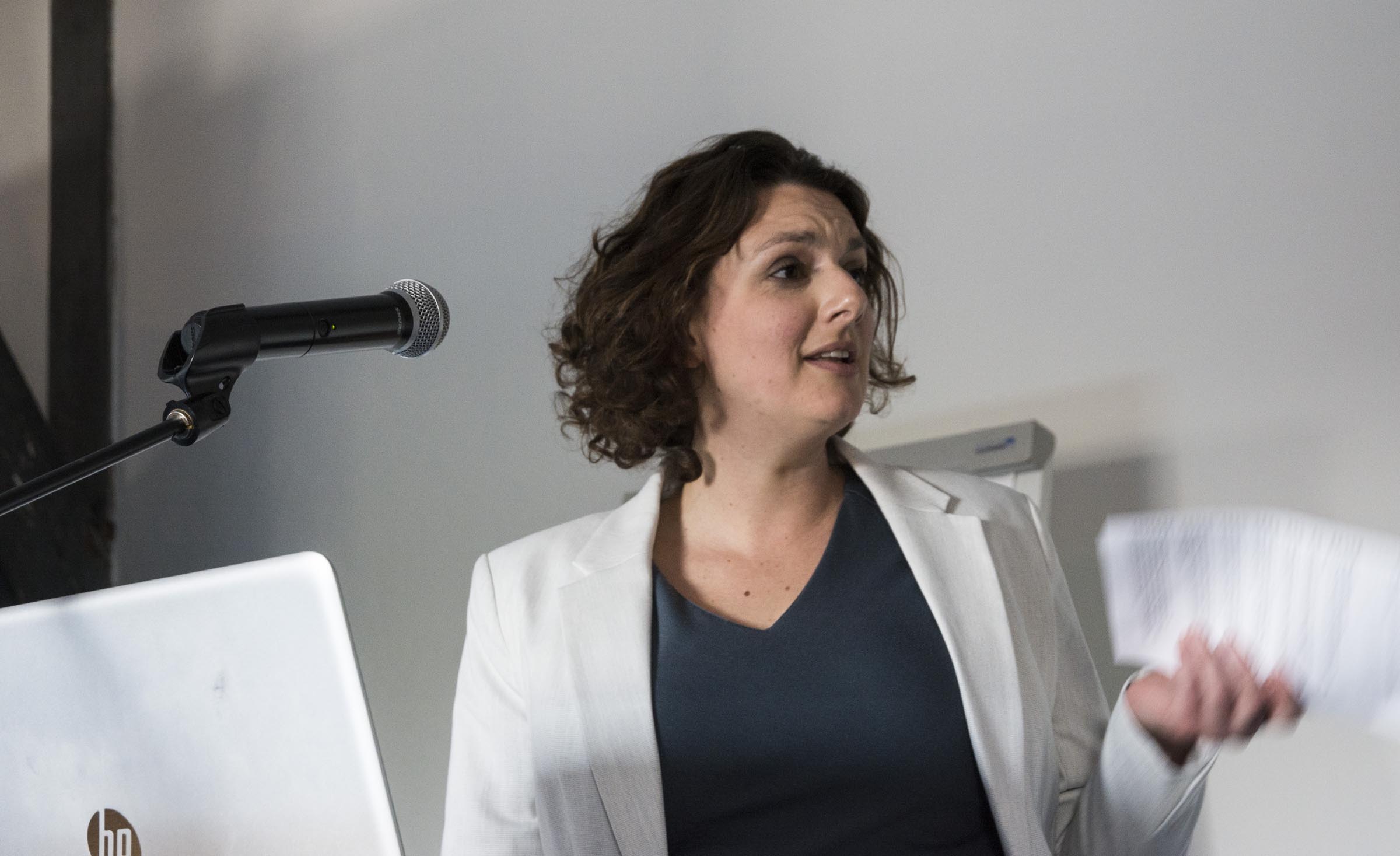 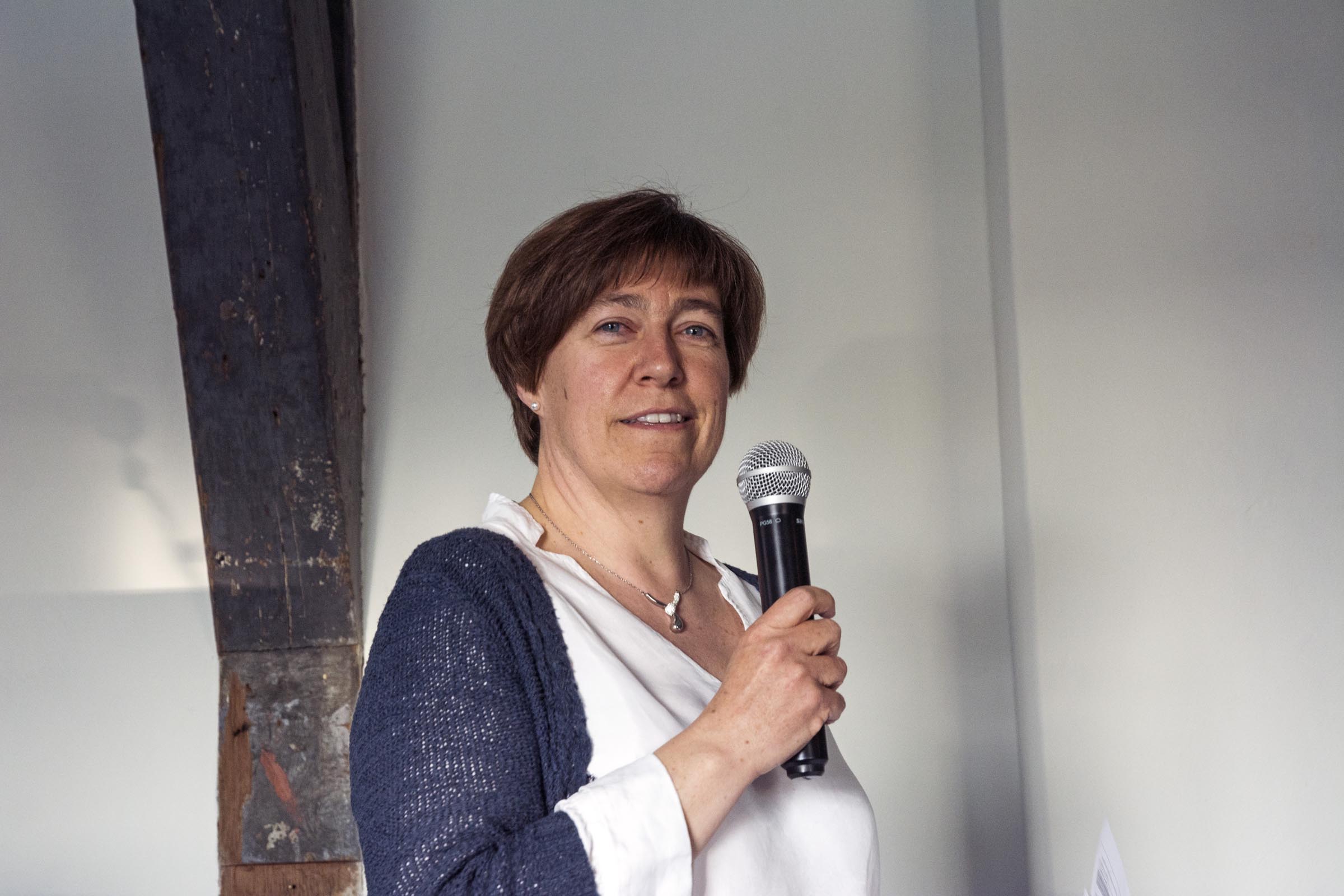 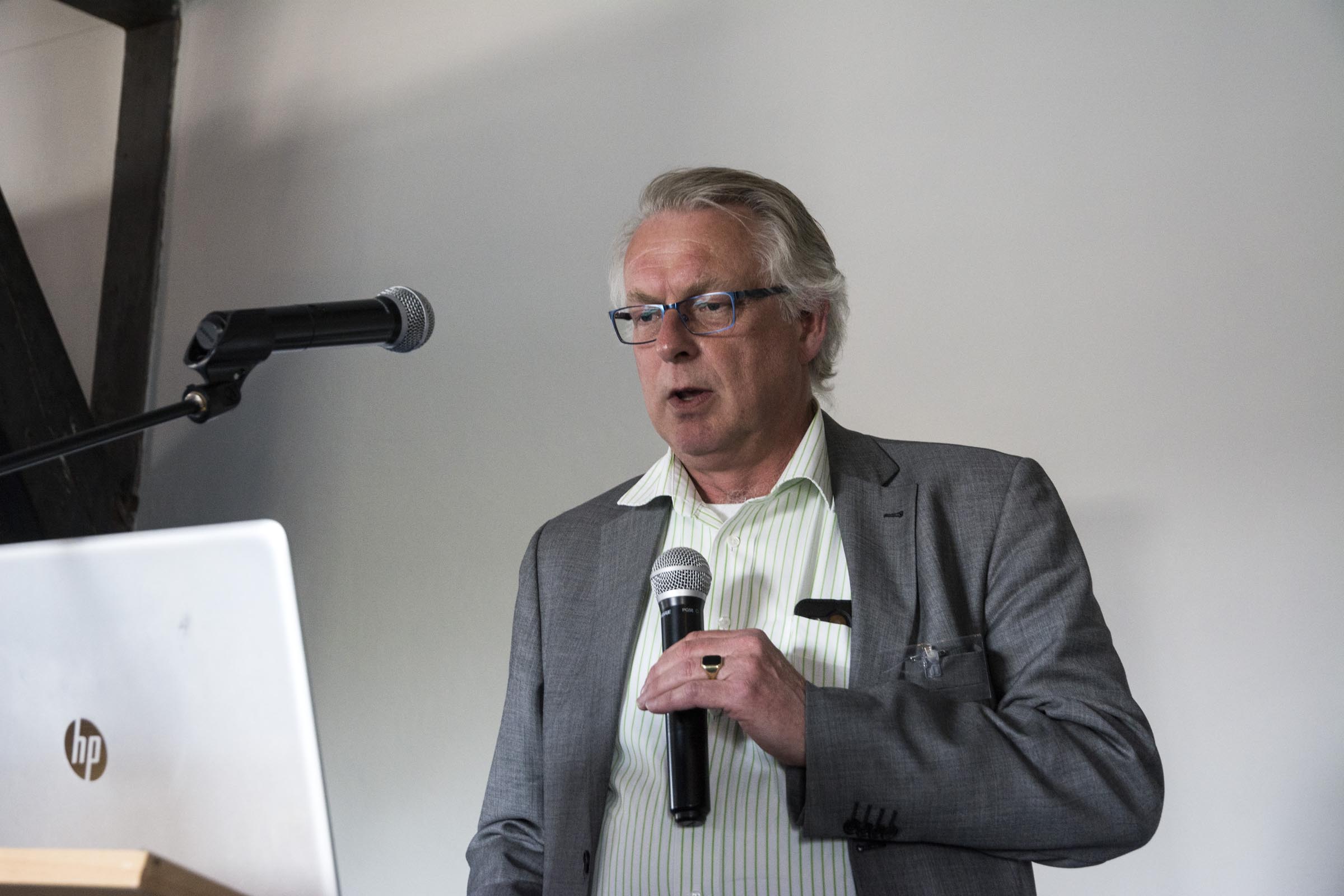 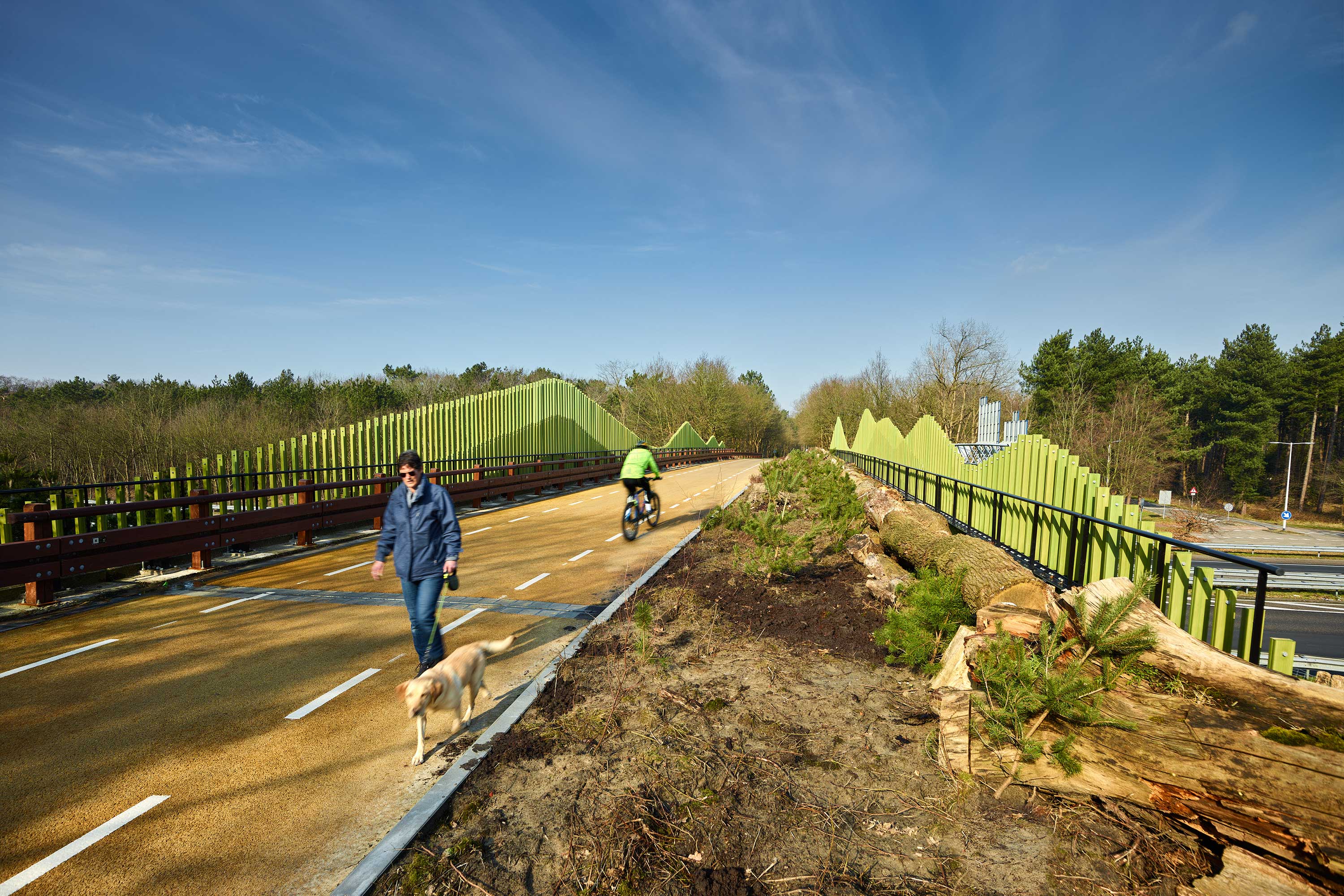 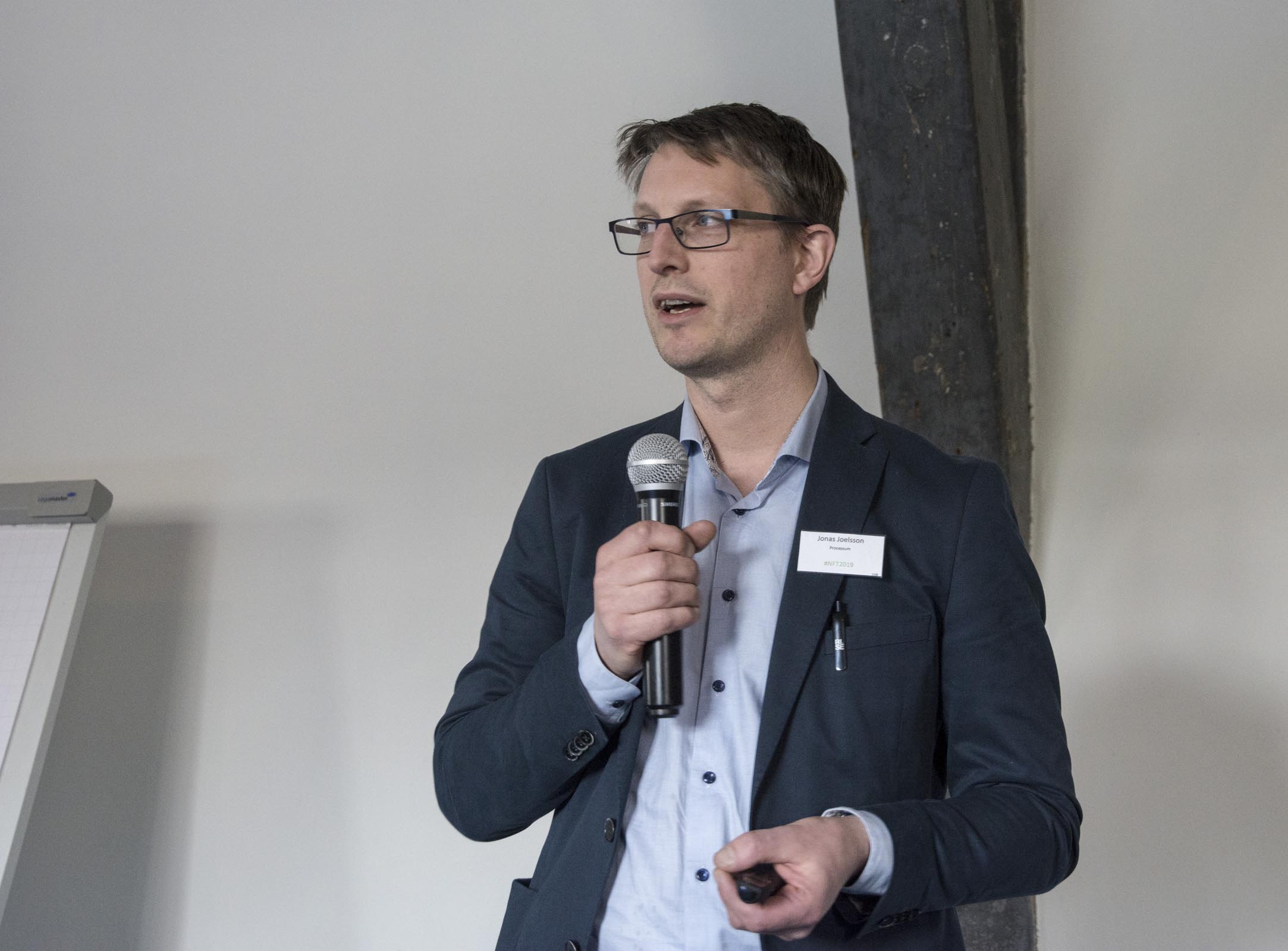 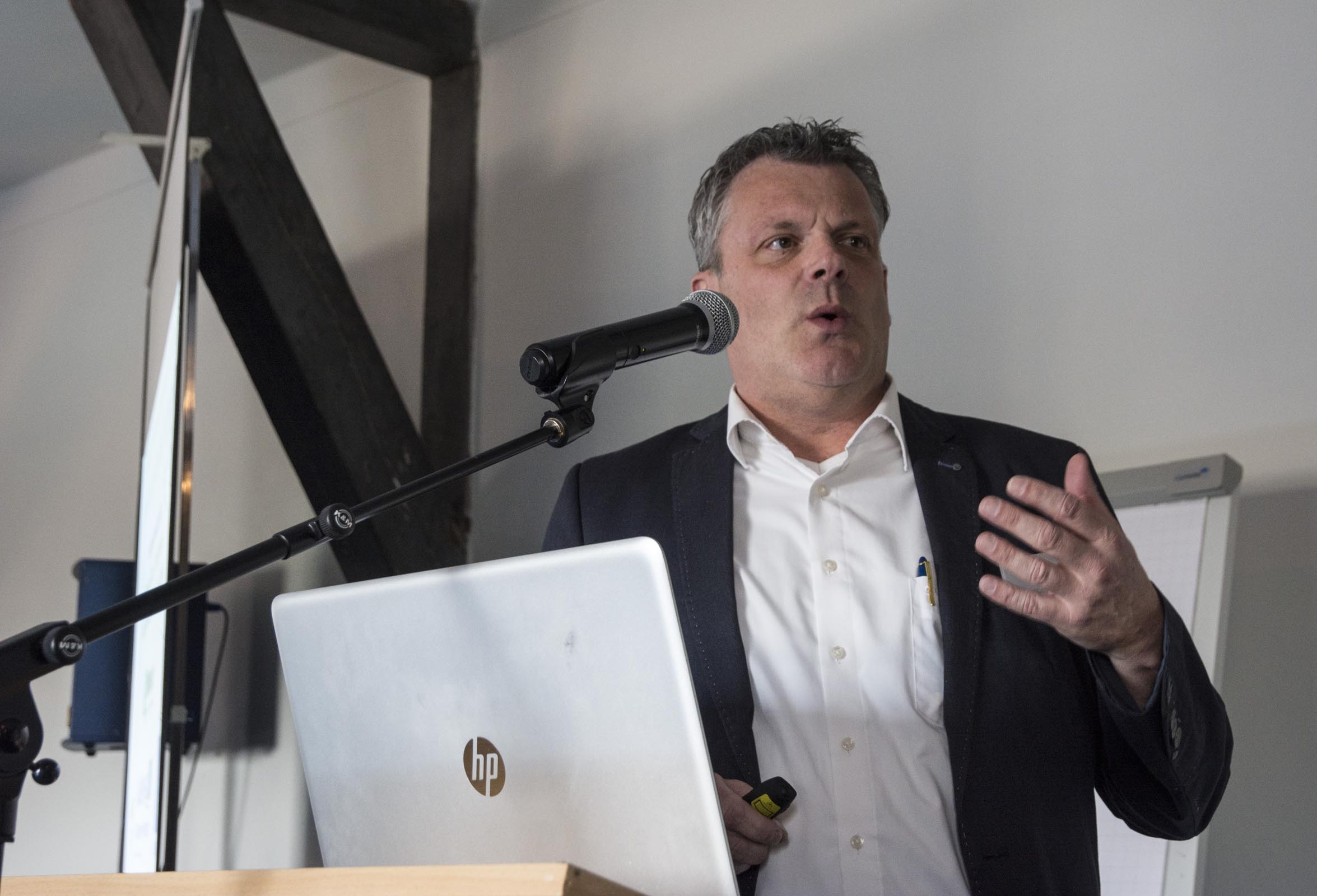 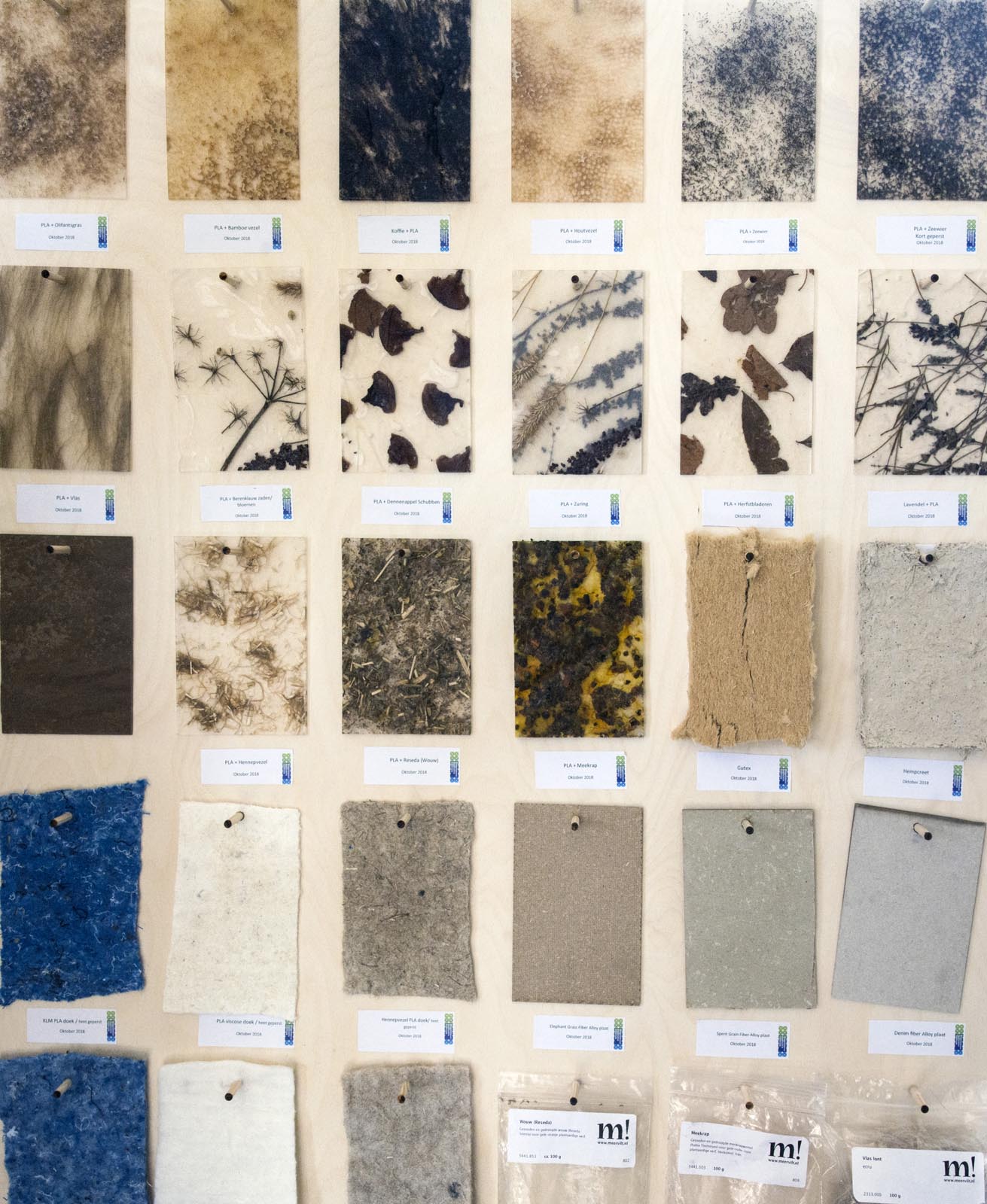 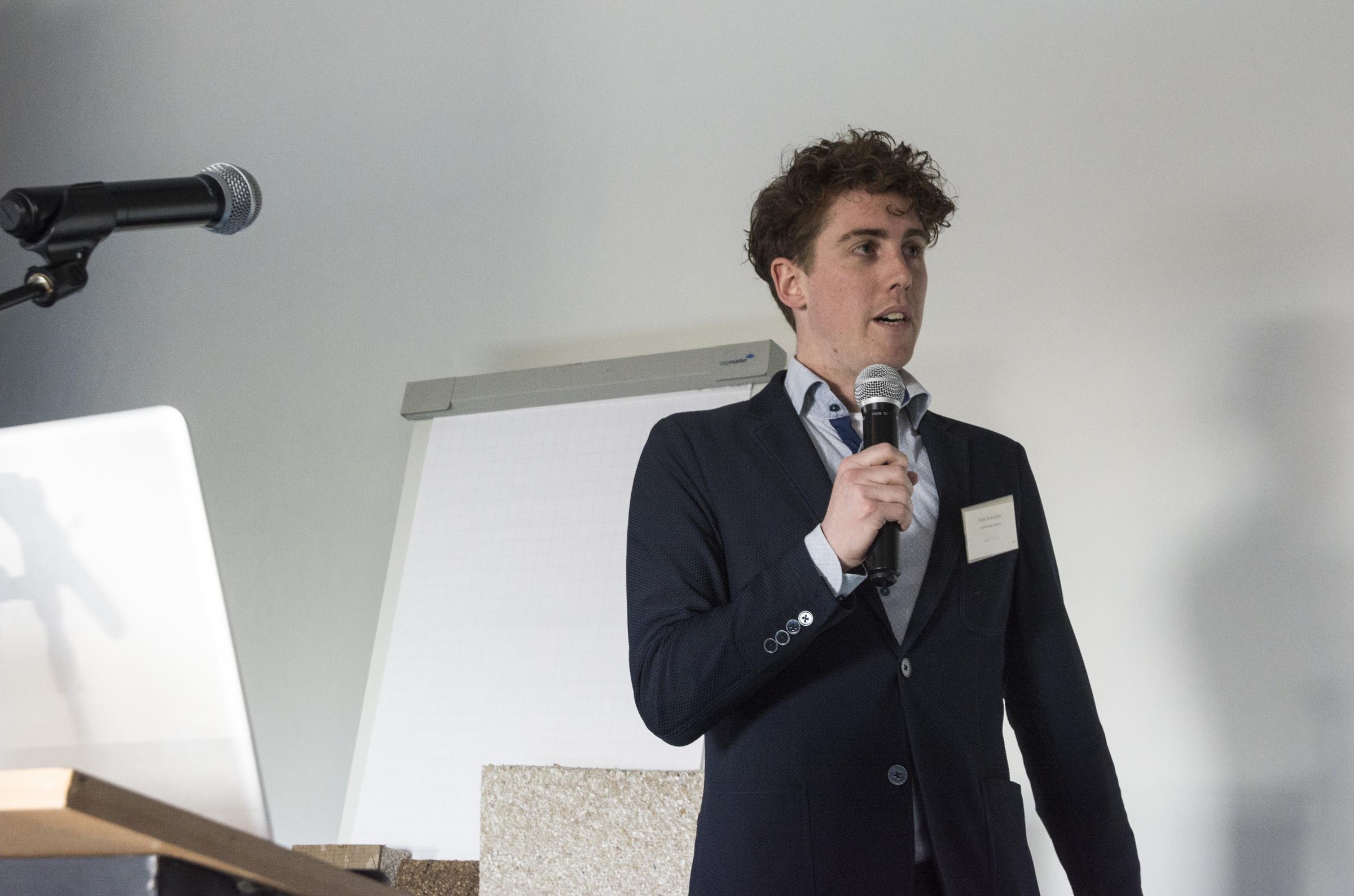 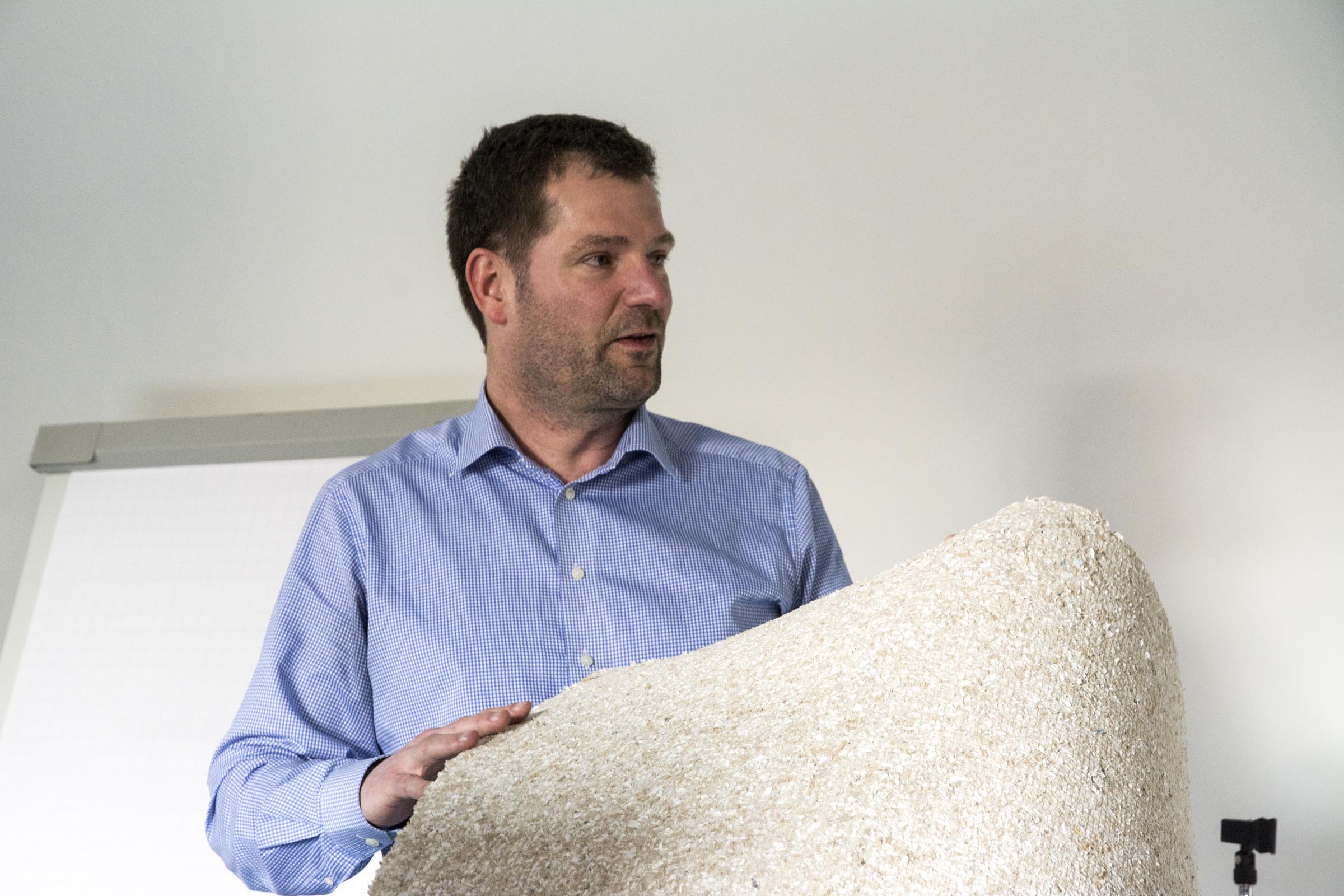 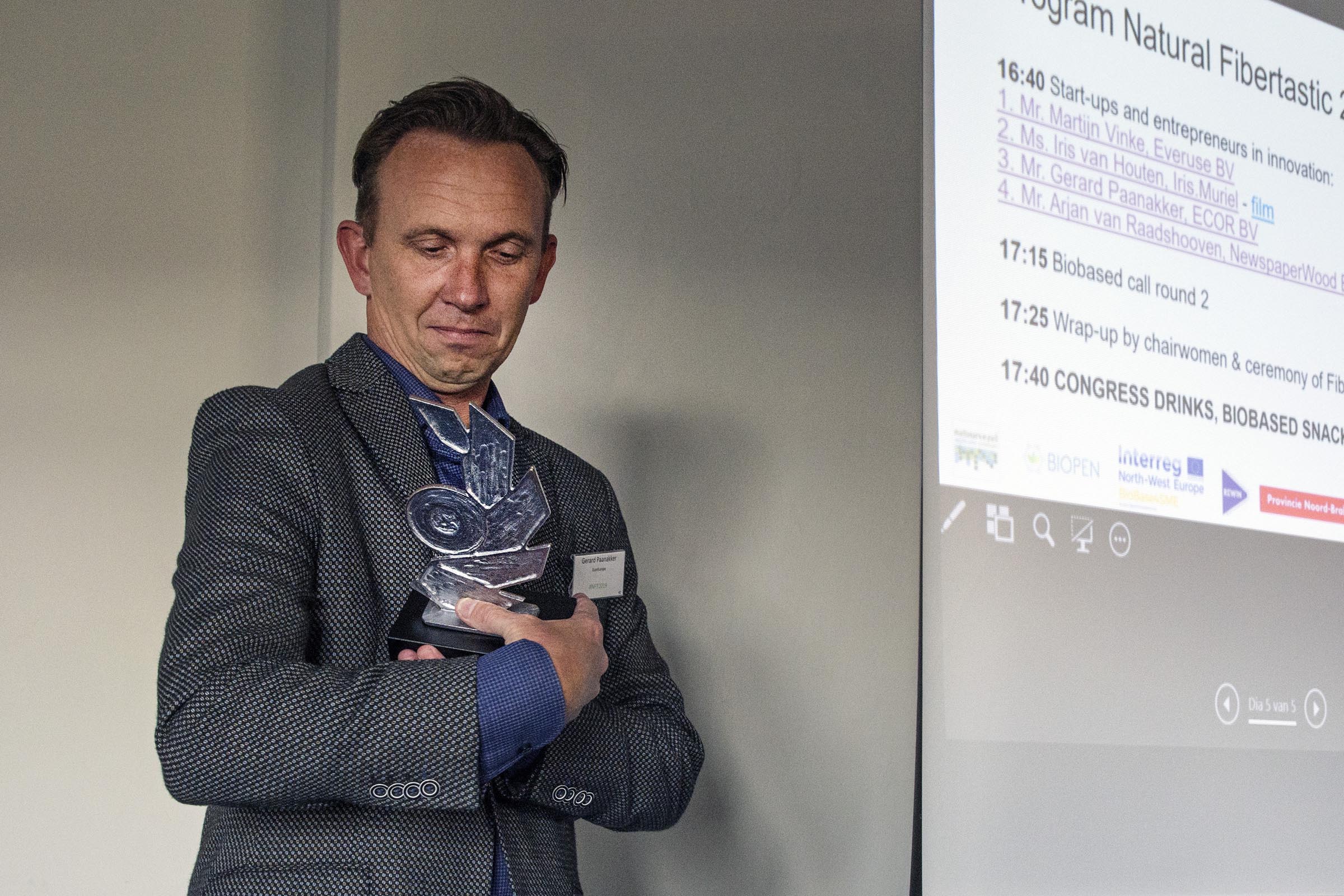