Scaling up to billions of cubic metres

No Comments
Read on
The Northern Netherlands intends to produce billions of cubic metres of hydrogen. It intends to do so in a CO2 neutral way. Preferably as fast as possible. This is because hydrogen is viewed as a crucial component of the green industry of the future – as an energy carrier and as a raw material. It is going to be a mega operation that requires new offshore wind farms, onshore electrolysers and a gigantic jump in the use of hydrogen. The business community in the northern part of the country is going to invest some €2.8 billion in it over the next ten years.
Pierre Gielen

Hydrogen is important for the chemical industry. This is evident throughout the Netherlands at the present time, but in the Northern Netherlands in particular,’ says Reinder Jacobi. He is Programme Manager at Chemport Europe and member of the Regional Industry Table in the climate debate. There is a great deal of enthusiasm for hydrogen in the North. ‘This is not only due to the presence of natural gas there, the extraction of which must be halted. We have a number of companies here that are already producing hydrogen, for example in Delfzijl. And there are companies here that use hydrogen in their chemical processes. We also have companies that do both. In other words, we already have experience and expertise in this area. We know how to deal with hydrogen.’

To scale up hydrogen production technology, a consortium of companies in Groningen is setting up an open test centre, the HydroHub. The most important objective is to lower costs.

An important asset in the Northern Netherlands is that it is the starting point of the national underground gas infrastructure, which is going to lose a major part of its function. According to Jacobi, with small investments, the underground network can be made suitable for the transport and storage of hydrogen. ‘In Zuidwending near Veendam, there are facilities and underground salt caverns that are suitable for storing large quantities of hydrogen. These facilities also help stabilise production.’

This last point is important because electrolysers that consume a great deal of energy are required for the production of hydrogen: 5 to 6 gigawatts of electricity. This is 4 times as much as the capacity of Eemshaven’s RWE power plant; the largest and most modern power plant in the Netherlands. In this case, the electricity must, however, be generated completely CO2 neutral by offshore wind farms. ‘Of course, here we are specifically talking about wind farms solely installed for the purpose of supplying electricity to electrolysers. In other words, we are not talking about so‑called residual electricity when there is no demand. That would mean a lack of continuity in the supply of hydrogen. We cannot operate on that basis in the chemical industry. This is why storage is so important. Because as soon as there is no wind, you need sufficient buffers and therefore storage capacity.’

Chemport Europe supports the Province of Groningen in various ways, for example by cooperating in getting sufficient offshore wind in Northern Holland put on the government’s agenda. ‘We needed quite a bit of persuasion to get the State to give us sufficient space for our plans. After all, 6 gigawatts is not insignificant. We have to be able to demonstrate that companies really have a need for this and to identify who the users are.’

A number of future users has already registered. ‘For example, we have a methanol producer (BioMCN, ed.) capable of using green hydrogen on a very large scale combined with CO2. This makes it possible to produce green methanol and to achieve a considerably negative CO2 situation in the Eems delta region. In other words, you withdraw CO2 from the system. These are extremely challenging proposals that make hydrogen a very promising development for the Northern Netherlands.’

Getting production up to billions of cubic metres, as set out in the Investments Agenda, cannot be accomplished overnight. When will the first hydrogen flows actually come online? ‘There are different estimates on this. I am know some parties are claiming they will be able to realise substantial cost reductions by 2025 by scaling up. Hydrogen is currently far too expensive as a chemical raw material. Other parties suggest that 2030 is a realistic option. We are therefore assuming that it will take another 10 years or so. But we can afford this time. The Regional Industrial Table had computations carried out that demonstrate that we are well on track in terms of CO2 emissions. We have achieved a 36% reduction since 1990. With the planned actions, which are actually already set in stone, we will achieve a 50% reduction by 2030.

In short, we certainly do not have our backs up against the wall. This gives us some confidence that we can make preparations for a great game changer over this period, a set of measures with which we can achieve the ultimate goal: a further reduction to 95% by 2050.’

According to Jacobi it will take more than hydrogen to succeed in achieving this goal, even though it plays an important role. ‘For example, we also need green raw materials to be able to green another part of the industry. And as a first step, improved energy efficiency.’

In the meantime, various facilities will have to be installed. Constructing offshore wind farms requires several years of preparation, production and construction time. From there, you need to install electrical cables to an onshore distribution station. They already have a great deal of experience with this in Eemshaven. A number of large power cables are already coming together here, for example from Norway and Denmark. ‘Furthermore, we not only need underground infrastructure for the production of hydrogen, we also need excellent connecting hubs, for example between Eemshaven (where production is located) and Delfzijl (where the users are located). You could think of it as a pipeline hub. We also must ensure that there are options for transporting CO2.’

The question now remains whether the business sector in Delfzijl as the principle user of hydrogen is large enough to realise a jump in scale that will reduce the cost to such an extent that the use of hydrogen becomes economically feasible. Jacobi: ‘There certainly are a number of potentially large-scale users of hydrogen in the region. In addition, at a somewhat larger distance, among other process industries in the Netherlands, there is a major interest in replacing the natural gas they are currently using by hydrogen. In part to reduce CO2 emissions, because everyone is well aware that the CO2 price is currently increasing. You need to respond to this by ensuring your emissions go down. In industry there is a specific awareness that we need to take action in this area.’

In this context it is important, however, that government helps out to level the so-called operating shortfall. Companies in the Northern Netherlands are ambitious and prepared to stick out there necks by investing in a switchover that certainly at the beginning is not expected to be entirely profitable. This cannot succeed entirely without grants. ‘We will have to do something about the financing,’ says Jacobi. ‘We are thinking of some kind of Renewable Energy Production Incentive Scheme (SDE+) construct for the coming years; an operating grant similar to the construct we used to make electricity production sustainable. This could well give us the final push we need. An amount of €100 million would already be enough to start up major developments within a few years.’

In the meantime, small-scale initiatives are appearing here and there, often subsided by grants. For example, research is being conducted in various places into the possibility of converting heating boilers in homes to use hydrogen as fuel. Truck manufacturers are experimenting with new engines. In Hoogezand, there is an SME company that converts diesel and petrol engines. And more and more buses in the public transportation sector are powered by hydrogen. Even in the shipping industry, which largely still uses highly polluting fuel oil, work is underway on hydrogen engines.

‘We welcome these kinds of initiatives. They help create volume, increase the sustainability of mobility, but especially reinforce support for hydrogen. We need to ensure that the public becomes accustomed to this, although the chance that something will go wrong is minimum and the risks are manageable. But if something were to go wrong, it would cause a tremendous explosion due to the high level of compression. The pressure in the lines is much higher than with natural gas. The public is aware of this as well. This is why it makes sense to strengthen support in small steps with applications that are close to people; for example, starting with converting city buses to hydrogen.’

Outside the Northern Netherlands, there are of course numerous plans for hydrogen production as well. Places such as the Province of Zeeland, and the municipalities of Rotterdam and Amsterdam come to mind. Are they competing with each other for a position in the line-up for grants? ‘I specifically do not see this as competition. In fact, we should be happy that initiatives are underway in different areas; this will lead to a broad acceptance of hydrogen. For example, I think there are major opportunities in Rotterdam of a different order of magnitude. However, due to the knowledge and infrastructure that is already present here, the Northern Netherlands has a head start.’

This article was created in cooperation with Chemport Europe 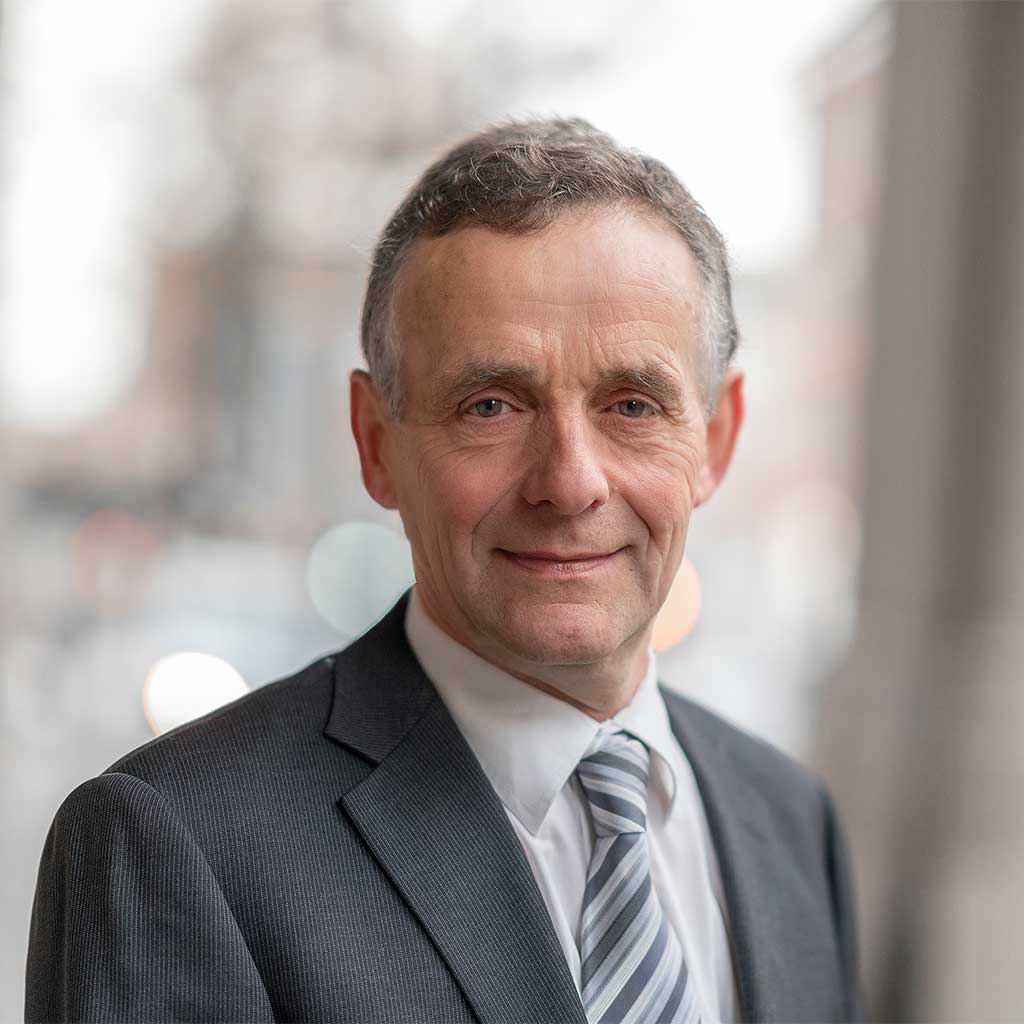 Within our ecosystem, government organisations, knowledge institutes and companies are working together on the realisation of green chemical and circular projects. This development contributes to greening the chemical industry in the Northern Netherlands. 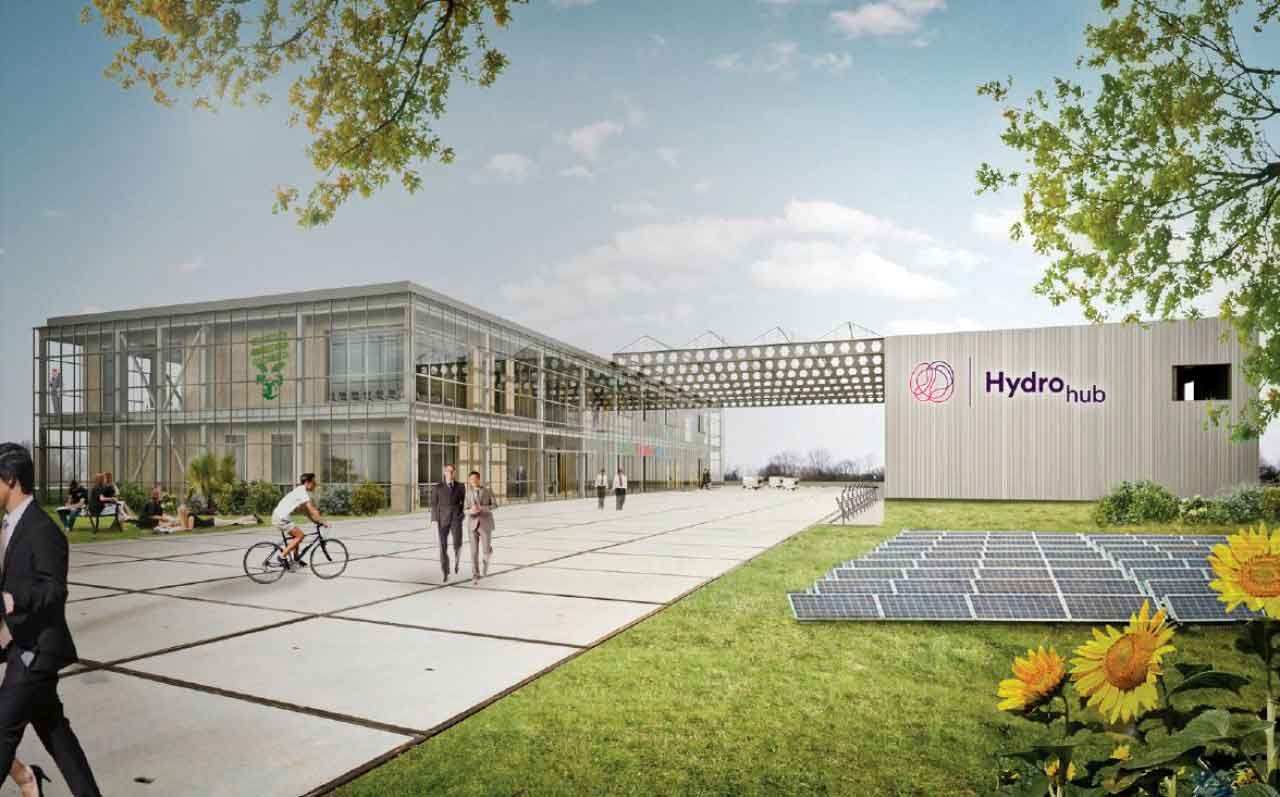 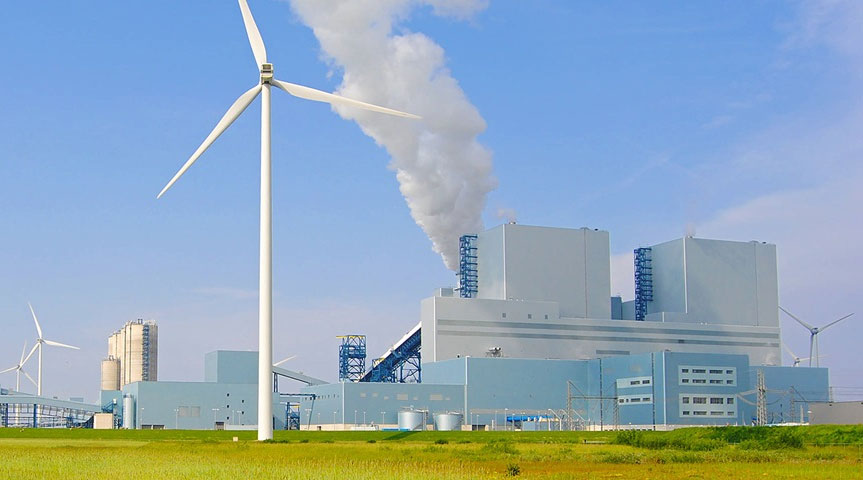 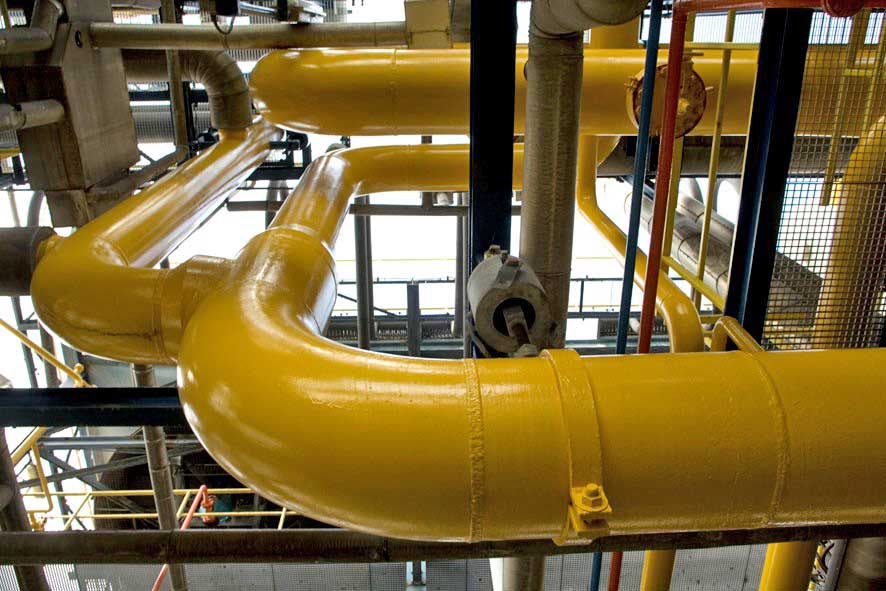 North Netherlands truly excels at green chemistry. The foundation of this is formed by an extensive…