No Comments
Read on
Rising temperatures on earth are causing worldwide dehydration and flooding, forest fires, landslides and changes in flora and fauna. Since the Paris Climate Accord of 2015, and certainly after the presentation of the Fit For 55 package, it can not be ignored anymore. The Northern Netherlands has already rolled up its sleeves.
Pierre Gielen

But how do climate objectives from Europe and the national government affect the region? How much freedom do provinces have to fill in the details themselves? And is the scale of a province big enough to make a substantial difference?

According to David Pappie, Director of Top Sectors and Industrial Policy at the Dutch Ministry of Economic Affairs and Climate, the regions are indeed important in climate policy: “Ultimately, everything lands in the region, in a province, a business cluster or a city. The challenge also differs per region. Groningen and Drenthe, for example, have characteristics that help make the transition successful in certain industries, where it would be more difficult elsewhere. Think of strong agricultural and chemical sectors and the availability of a natural gas infrastructure that can be converted to hydrogen. We also see a lot of synergy between the companies in Emmen and the Eems Delta, for example; in recent years a lot of attention has been paid to how the residual streams of one company can be a raw material for another company, or how heat, steam or by-products can be exchanged. Especially in the chemical clusters, there is a lot of potential for companies to work together. We believe in it. And that is why it is so important to optimise national policy from within the region together with all stakeholders. I believe that is the strength of climate policy in the Netherlands.”

“We in the Northern Netherlands are also playing an active role in climate policy ourselves, with the industries at the forefront,” agrees IJzebrand Rijzebol, deputy for economic affairs in Groningen. “Not only because Brussels demands it, but because companies are well aware that it is about their right to exist. Without sustainability, there will be no future in the chemical industry. That gives a lot of dynamism and development power. The province therefore does not even need to encourage the industries; they will take care of that themselves. The ambitions are of a very high level. As a province, we support the companies in realising their ambitions. We do that, for example, by working on sufficient renewable raw materials in the region. We also see an ambition among companies to electrify while there is still insufficient green electricity or insufficient transport capacity of green electricity. We ask the national government and Transmission System Operator Tennet to pay attention to this.”

Henk Brink, deputy of Economy and Spatial Planning in Drenthe: “In addition, the chemical industry in the Northern Netherlands is large enough to be of significance in the Netherlands, but small enough to be able to experiment. Think, for example, of green chemistry in Groningen, the circular polymers in Emmen and the entire energy transition around it that focuses on the switch from natural gas to green hydrogen. There is also a breakthrough on the horizon in which agriculture will supply raw materials for chemistry. Agriculture is very big in the Northern Netherlands, so there is still a lot to be gained. Our role as province is mainly to encourage innovation and pilots. Sometimes that means pulling out the wallet as well.”

Those investments turn out to be successful. Rijzebol: “About 10 years ago all industry moved out of Western Europe to low-wage countries. Now we are playing a significant role again, partly thanks to the experiments we are conducting in the field of sustainability and greening of chemistry. Industry benefits from a clean and sustainable image, but it must also be able to compete. It is not only Europe and the national government that are contributing to this competitiveness through all the regulations, but the region is also taking its responsibility. We support companies in investing in expansion and sustainability and organise a smooth permit granting process. This ensures that we in the Northern Netherlands can not only keep up, but even lead the way.”

Brink points out that the northerners, in all their modesty, do not always show off: “We may not shout it from the rooftops, but the transition here is steadily going on. As a province, we have endorsed the climate targets and are making every effort to give innovation a chance.”

Pappie emphasises the urgency of this, given the gigantic scale of the transition: “We not only have to convert our production systems, but also the way we produce energy, how we make products, how we move around. This also involves new business activity. Fortunately, I do see that concrete investments are being made in new technologies that contribute to sustainability. Examples include products based on biobased raw materials, such as the cooperation recently announced between Cosun Beet Company and Avantium to produce new raw materials for chemicals and materials from sugar beet. We are also seeing a lot happening in the agro and food sector, such as the FASCINATING initiative: Food Agro Sustainable CIrcular Nauture Technology IN Groningen. Projects like that bring together a lot of knowledge and expertise from companies and knowledge institutions.”

According to Pappie, it is striking that there are hardly any discussions about the objective of climate policy. “The discussions are more about the how, about which routes to take and under which conditions. That is often complicated, because you are talking about the future. About investing in technologies that are not yet market-ready. You have to deal with the availability of affordable raw materials and sustainable energy, with the sales market, with an environment, with local residents and interested parties. And sometimes there is some friction. But no transition will come without challenges. This certainly applies to industry, which has brought us prosperity, knowledge, jobs and beautiful products, and which must now transform, but must be given the space to do so. If there is one place in the world where all the signs are green for building sustainable production chains, it is the Northern Netherlands, where we can make the connection with food and biobased chemistry, certainly in combination with sustainable energy production.”

Brink points out that the chemical industry has already taken enormous steps towards greening: “Energy consumption has not decreased in the last ten years, but production has doubled. And I see a great hunger for knowledge about how to handle bio-based and circular raw materials differently. Most of this takes place behind closed gates in Emmen or Delfzijl, so people know hardly anything about it. But the chemical industry is certainly playing its part in making things more sustainable and is simply producing wonderful things. I am proud of that!”

This article was produced in cooperation with Chemport Europe. 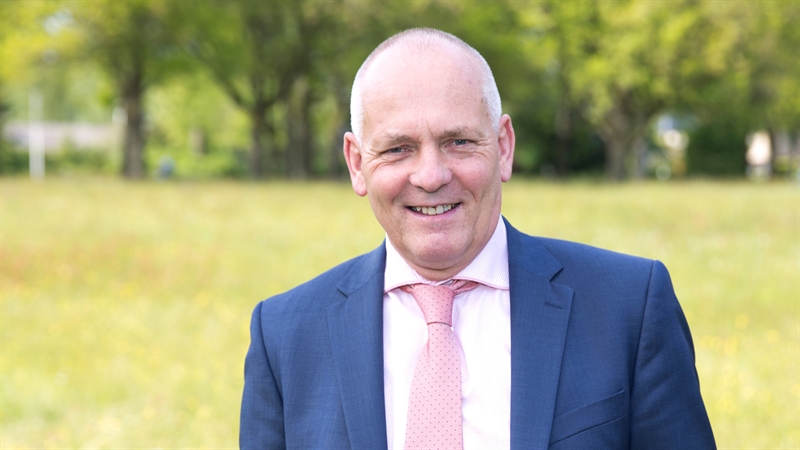 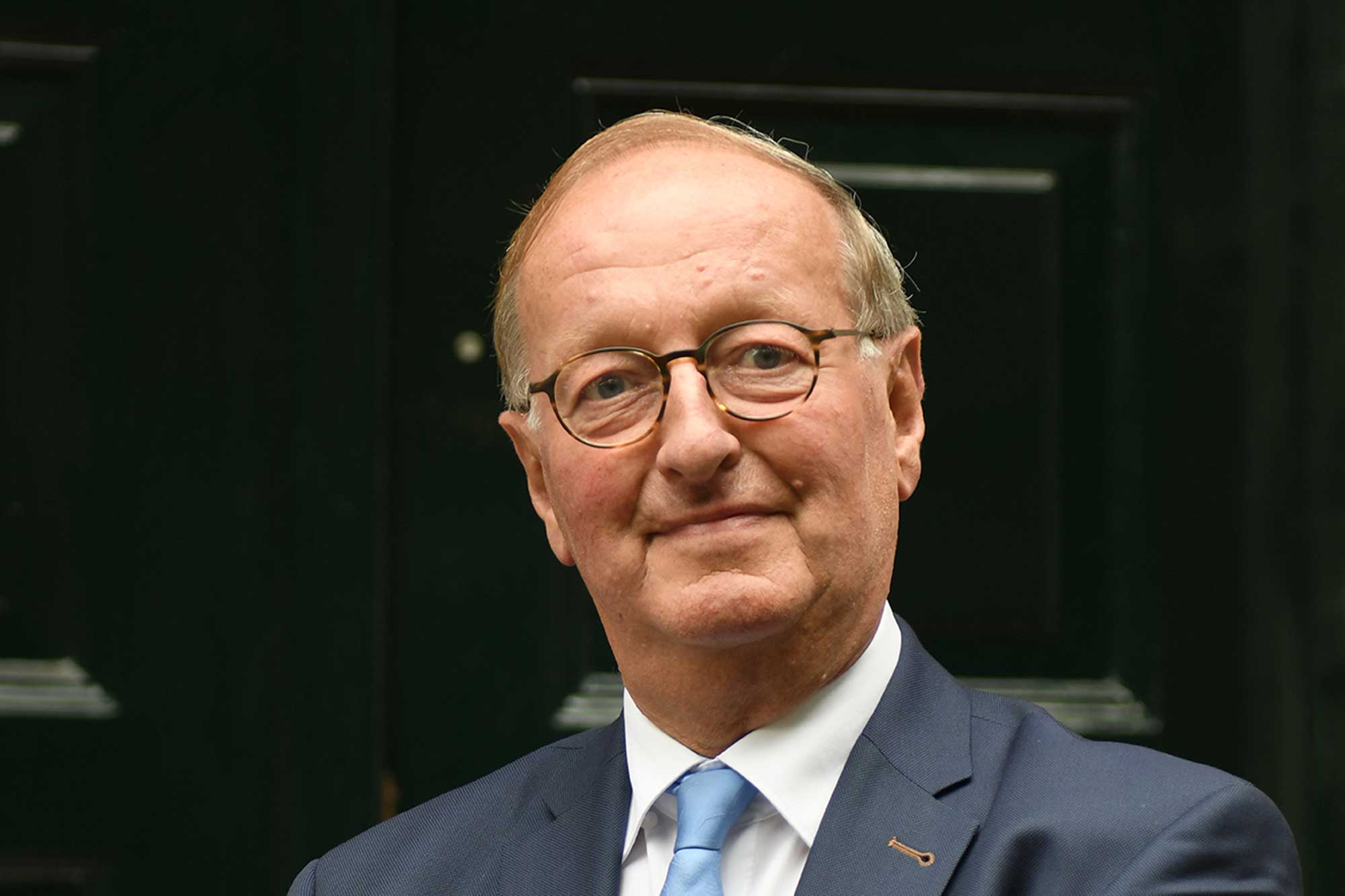 North Netherlands truly excels at green chemistry. The foundation of this is formed by an extensive…

The Northern Netherlands intends to produce billions of cubic metres of hydrogen. It intends to do…