No Comments
Read on
In cooperation with the Green Chemistry Campus, Biobased Delta organised Dutch participation in the BIO World Congress on Industrial Biotechnology (WCIB) this summer. During the congress, held from 8 to 11 July, in Des Moines, Iowa (USA), the key focus was on developments relating to renewable chemicals, synthetic biology, enzymes, food ingredients, biofuels, algae and more.
Editorial office

Prior to the congress, the state of Nebraska in the midwestern USA was visited. The area is known as the heart of the American bioeconomy, with its large agricultural & food industry and the enormous, high-quality production of meat, maize and soy. This was evident during a visit to the Cargill Corn Biorefinery Site in Blair; with a surface area of some 4 hectares it is one of the largest biorefineries in the world. More than 4 million tonnes of maize is processed here every year. Partnering companies have established a presence on this site, including well-known names, such as Novozymes (enzymes), NatureWorks (PLA bioplastics), Evonik (L-Lysine for animal feeds) and Corbion (lactic acid). All companies in this cluster use the dextrose sugar solution produced from maize by Cargill, for their own processes. This joint cooperation is producing economies of scale.

The Netherlands was conspicuously present in the trade fair’s exhibition hall in Iowa with its beautiful Holland Biotech Pavilion. The central portion of this pavilion, the Holland Lounge, was suitable for networking purposes and exploring partnering opportunities. All participants consequently used the Holland Lounge as their home base. Thanks to the information panels around the networking area, they were always easily visible. In addition, participants presented themselves through company videos and in the mission booklet.

On Wednesday, 10 July, an In-Booth Event was organised in the pavilion with the theme ‘Highlights of the Dutch Bioeconomy’. This event drew interest from a broad range of congress attendees. Willem Sederel, member of the board of Biobased Delta, gave an interactive presentation together with the participating companies and organisations. The Holland Business Partnering Reception, sponsored by Biobased Delta, was also well-attended. The traditional ‘Dutch Bike Raffle’ took place during this networking reception. Coraline Caullet of the French 3Bcar won the raffle and was able to take a traditional Dutch bicycle home with her.

The participants made full use of the Holland Pavilion and highly appreciated this venue. A Biobased Delta employee was present at the stand at all times to speak with visitors, so that participants had the opportunity to establish their own business contacts. This way, they established a foundation for further exploring international partnerships and agreements. 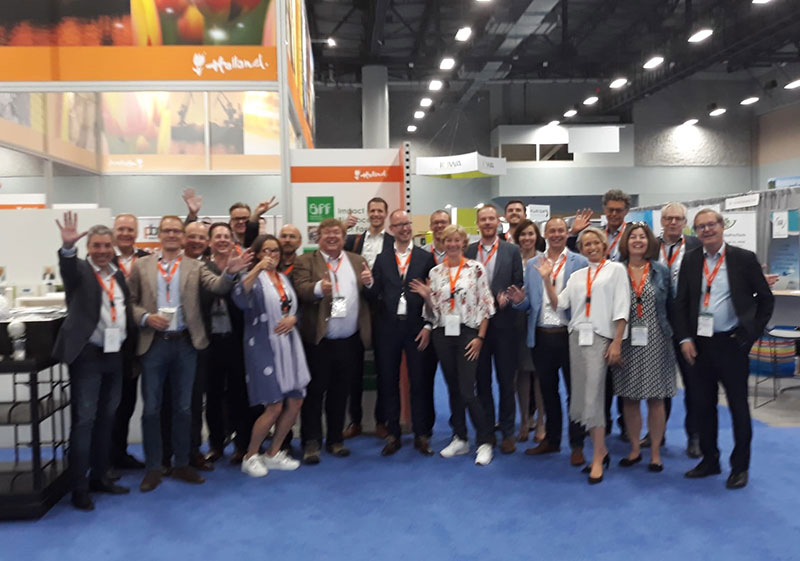 A year after the launch in corona time, members of the Network Chemical Recycling of Circular…

Agro & Chemistry brings its readers a constant news flow from our partners, including Circular Biobased…