Confusion about biodegradability of bioplastics

No Comments
Read on
What is biologically degradable, or biodegradable plastic? Is that the same as compostable? And does this mean that it can be disposed of as kitchen waste in the green waste bin? Or even thrown out in nature?
Pierre Gielen

The definition of degradable is not clear-cut”, according to chairman of the day Douwe-Frits Broens from the Centre of Expertise Biobased Economy (CoE BBE) at the start of the meeting Biodegradable plastics… When and where? on 3 October at the Avans Hogeschool, in Breda. And that would become evident during the discussion, organised by the CoE BBE and BioBase4SME, which started this meeting.

More than fifty participants visited the event: a varied group of biopolymer manufacturers, packaging suppliers, waste processors, civil servants, knowledge institutes and even artists. It became evident that there are clashes of opinion about biodegradability, but also that the market parties have differing opinions and interests.

There is a European standard that states the requirements that compostable products must meet. The different countries differ in the way in which they handle products that meet this standard. This results in different rules per country. Sometimes there are even regional or local differences. No wonder that consumers have no idea where they stand. Compostable plastic packaging can carry different logos – such as the “Kiemplantje” (seedling) or OK Compost, which suggest that the product can be disposed of in the green waste bin. This is not universally the case, as composting companies are free to determine what they accept as kitchen waste. Aaik Rodenburg of Rodenburg Biopolymers stated that it is also not so easy for manufacturers to produce biodegradable products in such a way that they biodegrade exactly within the desired time frame.

It should be no surprise that a consumer who sees such a logo will throw the used packaging in the green waste bin anyway. To the frustration of the waste processors. Femke Mackenzie, who represents the Association of Waste Companies: “The contamination of kitchen waste has increased from 1% to 5% in the last 20 years. As you don’t want to have plastic waste in the compost and you can’t see whether the plastic in the kitchen waste is compostable material or not, we remove all the plastic and place it in an incinerator. Compost has to be clean.”

Jeroen van Schendel from Bio4Pack also encounters consumers who don’t get it. “We produce chip packets and dog poop bags made of biodegradable plastics, but we were told that people think that they can simply discard these items anywhere in nature. As a result, our customers no longer want us to state on the products that they are biodegradable.”

“Window dressing”, according to Rob Daniels from Packaging Partners. “But customers who buy our packaging materials are no longer sure which trends they should follow: mono-materials, biodegradability, or something else?”

“As an industry, we are struggling to decide,” says Ron Kastermans from Haval B.V. “Never mind being able to explain it to the customer.” According to Karin Molenveld from Wageningen Food & Biobased Research, the solution lies in legislation to regulate the claims made on packaging: “The information on the package must be practically feasible. For example, because they have a collection system and processing options in place.”

Caroli Buitenhuis from Green Serendipity points out that the value of materials should not only be measured by their biodegradability, but also by the fact that they are produced using renewable (biobased) or recycled raw materials that capture CO2. “Sometimes the added value lies at the start of the chain, not at the end-of-life.”

An end to the confusion

At the end of the day, Karin Molenveld, a Senior Scientist Biopolymers from Wageningen, was able to bring an end to the confusion surrounding the meaning of collective terms such as biobased and biodegradable. For example, biobased plastics are polymers produced from natural raw materials (starch, cellulose), by micro-organisms (for example PHA), or from biobased building blocks (such as PLA). And biodegradable? A plastic product is only biodegradable if it is completely converted to natural gases, water and biomass; no plastic waste or other substances should remain. It is also important to state under which conditions and in which time frame the product will biodegrade.

During the event, various entrepreneurs pitched their company or product and the participants were able to attend workshops about topics such as closed loops in packaging, applications in horticulture, technical possibilities of biodegradability and the production of 99% pure PHA.

Roel Koevoets (REWIN) put BioBase4SME in the spotlight. This Interreg programme supports the biobased ambitions of small and medium enterprises in North Western Europe by means of knowledge vouchers, workshops and training courses.

Such vouchers can, for example, be used in the Biopolymer Application Centre (BAC) of the Centre of Expertise Biobased Economy, presented by project leader Gertjan Visse. At the BAC, entrepreneurs can – at an accessible level – have research performed, have products designed or prototypes created by a team of researchers and students. The BAC also supports market development.

On 7 November, SuperBio and BioBase4SME will organise the international event Pitch Perfect and boost the European Bio-economy in Brussels: a day that can host fifty pitches about all imaginable topics relating to biobased chemistry, biobased materials, food & feed, ingredients, bio-energy and services in the field of innovation. In addition, there will be plenty of opportunity for match-making and networking. The aim is to create new cross-border and cross-sector partnerships, in order to “boost” the European bio-economy. 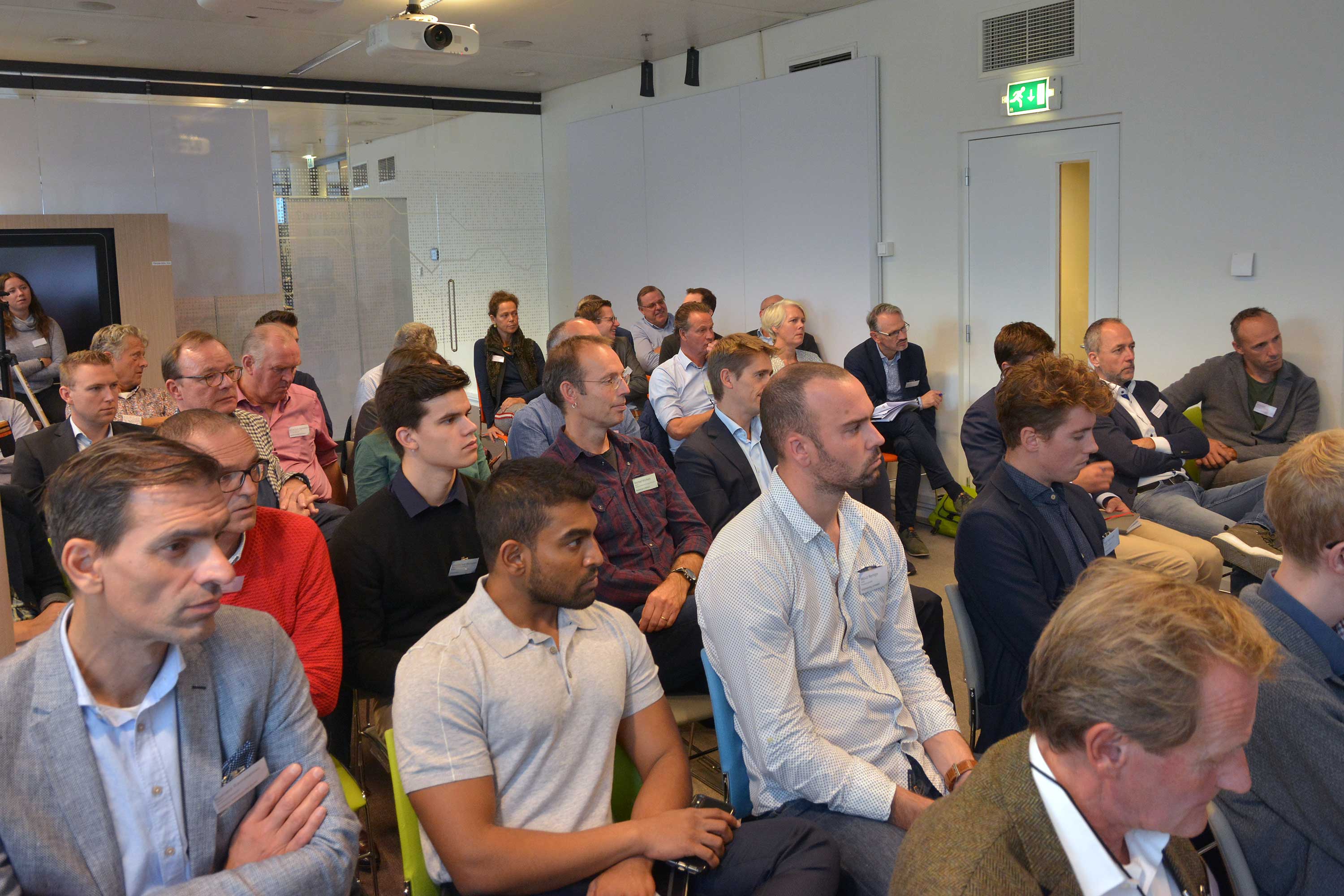 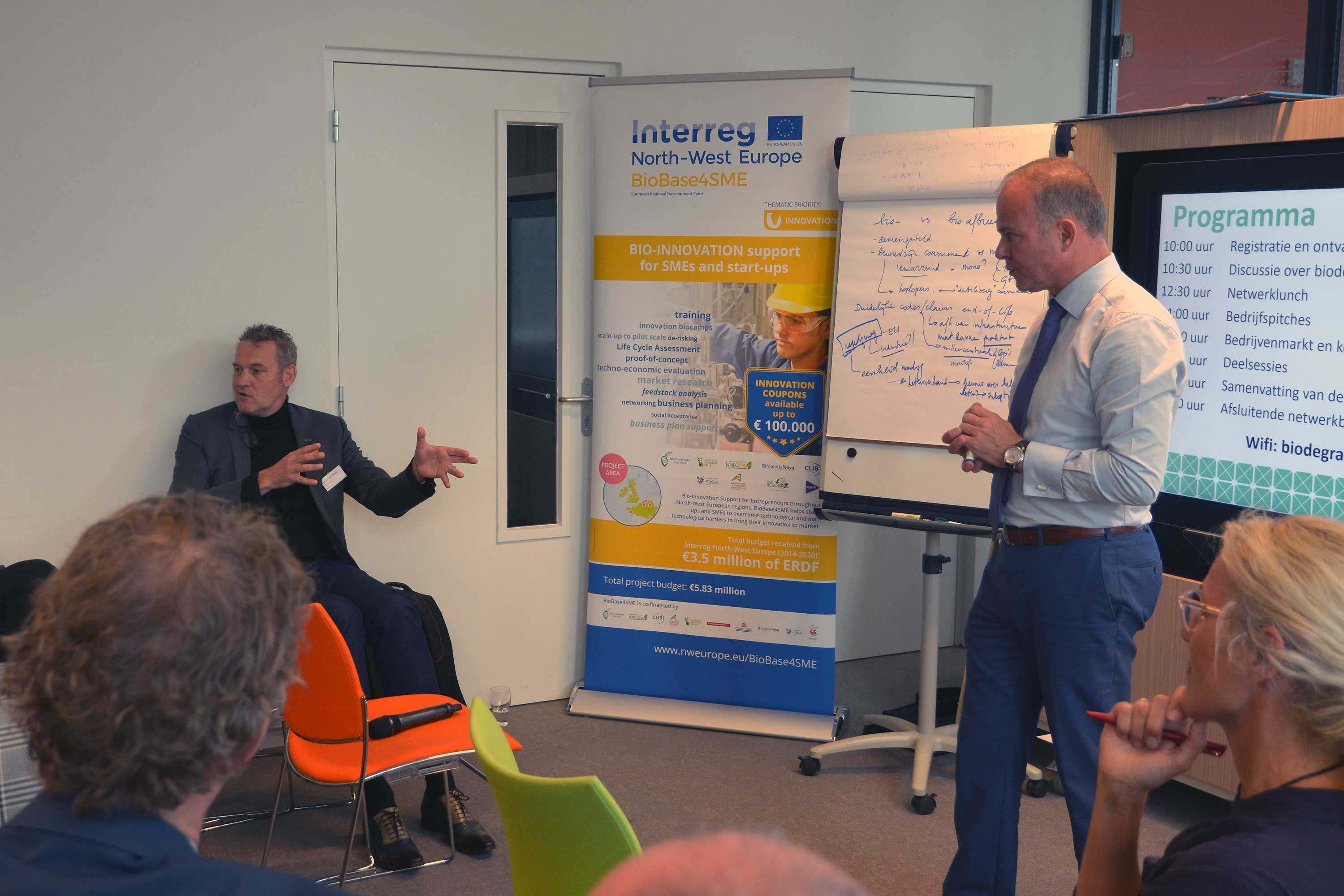 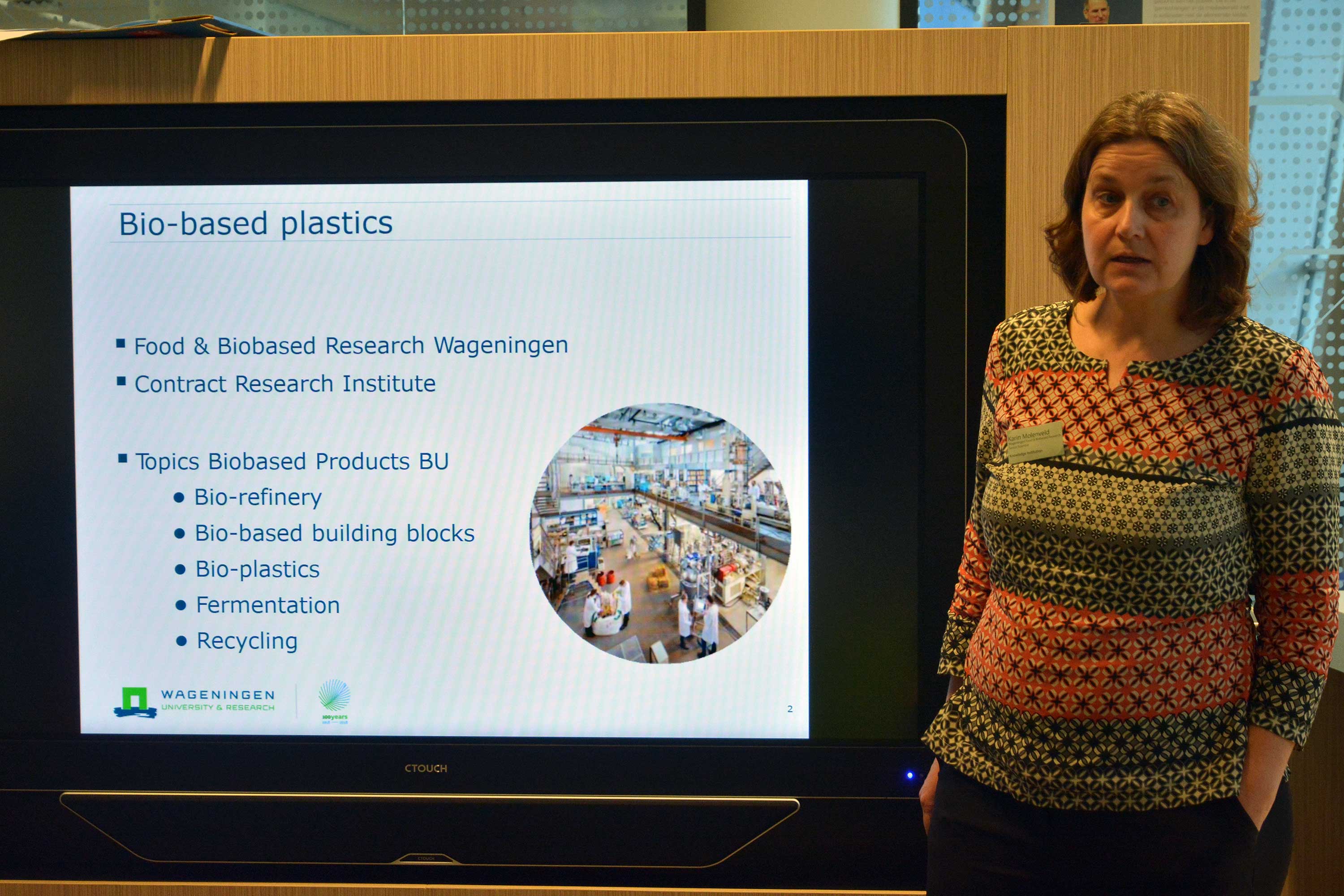 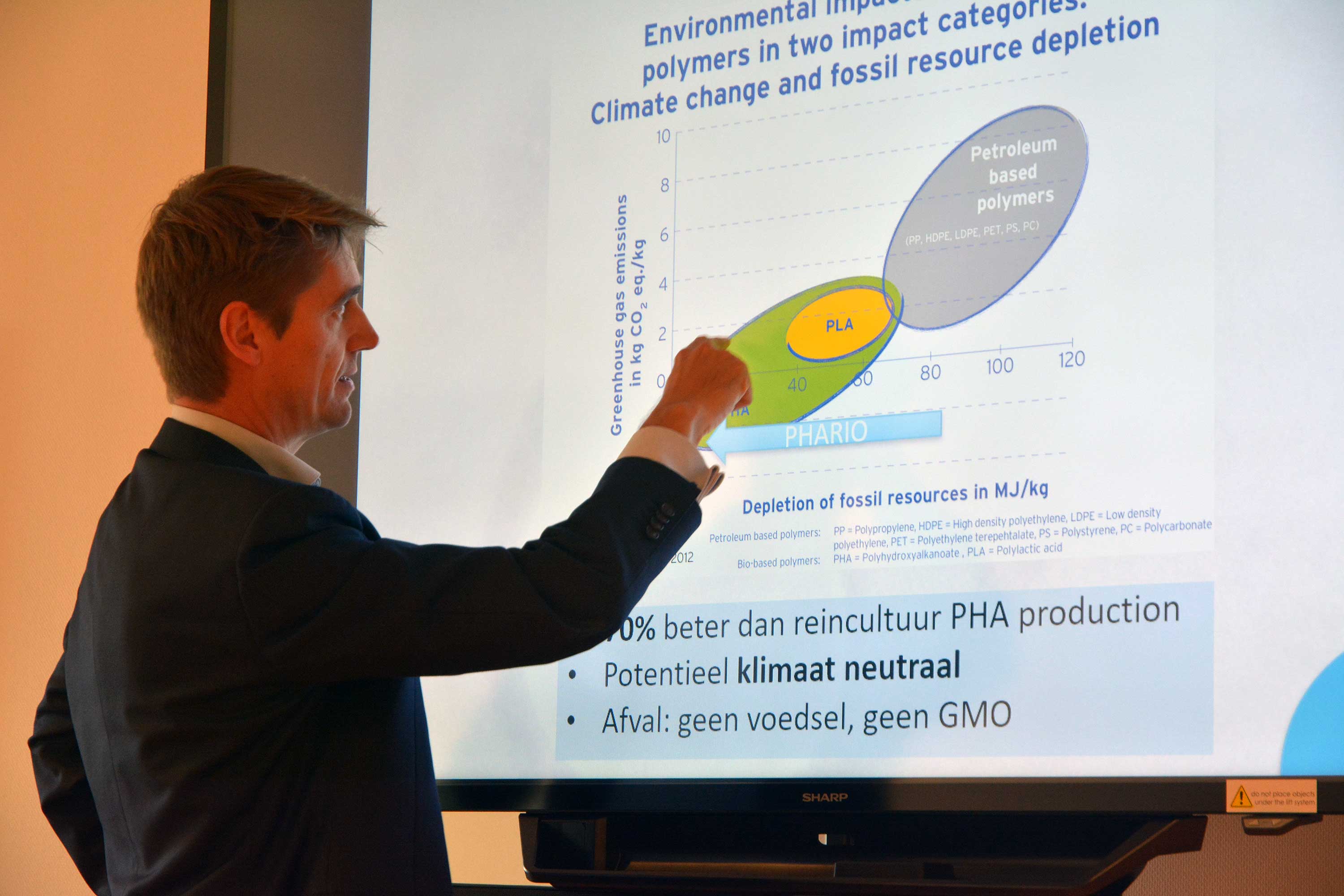 The demand for plastic packaging, of which a small part is bio-based, has increased strongly in…

There is growing enthusiasm about bioplastics. Today, demand exceeds supply and there is increasingly more clarity…

New developments in the field of PHA

Sewage water and sludge are raw materials for the production of PHA: biodegradable biopolymers made by…