New developments in the field of PHA

No Comments
Read on
Sewage water and sludge are raw materials for the production of PHA: biodegradable biopolymers made by bacteria. These polyhydroxyalkanoates can offer an interesting alternative to fossil plastics. The number of research projects in this field is therefore increasing. Reason for the Biobased Economy Lecturers Platform to organize the webinar "Recent results in PHA development" at the end of November.
Pierre Gielen

During this webinar, moderated by Jappe de Best, professor of biobased resources & energy at Avans University of Applied Sciences, a number of speakers presented current results from their PHA research. For example, Ischa Lamot, lecturer/researcher Biobased Technology at Avans University of Applied Sciences and Thomas Uhrig, PhD candidate at TU Kaiserslautern, discussed the Interreg-NWE project WOW! (Wider business Opportunities for raw materials from Wastewater), which is aimed at extracting PHA, but also pyrolysis oil, biodiesel and biochar from wastewater.

Partners from the UK, Germany, the Netherlands, Belgium, France and Luxembourg contribute expertise. Production takes place at the Kaiserslautern University of Technology. Thomas Uhrig: “We make PHA and send it to Avans for extraction. The PHA then goes to Natureplast in France, which makes products from it via extrusion and injection. VITO, our partner in Belgium, then performs a techno-economic analysis on this. ”

The goal is to set up a continuous process in which PHA is made from sewage sludge, which contains many volatile fatty acids. This is done under realistic conditions and without the use of additives that reduce durability. The result is a 98% pure PHA. Lamot: “The first batch has been dried and the next one is on it’s way. We are now going to extract it and make samples of it. Paques and Wetsus will then set up the extraction of PHA on a pilot scale. ” With the involvement of 14 students, the project is well integrated into education. More information: www.nweurope.eu/wow

A current project that is already one step further is PHA2USE, where a demonstration plant will be built to get the marketing of PHBV off the ground. “This is about ending the chicken and egg discussion,” says Joâo Sousa, head of Emerging Technologies at Paques, one of the parties in the consortium behind this project, which also includes five water boards, STOWA and sludge processor HVC.

The market is reluctant to develop applications for PHA if there is no large-scale production and production will not get going if there is not (yet) a market for it. “PHA2USE is the essential step to solve that. We are going to build a factory in Dordrecht that produces 25kg of PHBV per day. ” In the first instance, it is intended for applications in agriculture and construction: “Think of biodegradable cups to allow plants to grow, but also of self-healing concrete.”

Several short pilot tests are currently underway, mainly to test the industrial equipment. The factory will be built next year. Production will start in 2022 and the first applications are expected between 2022 and 2023. Sousa: “From 2022 we will also need students to run the project.” They can register with their lecturer.

In the Northern Netherlands, the ‘Circular biopolymers value chains for PHA and Cellulose’ project has been running since 2017 under the banner of BERNN, the partnership of the Groningen University and the northern universities of applied sciences. Various companies are also involved in this. Doede Binnema, professor at the Research Centre Biobased Economy at Hanze University of Applied Sciences Groningen, explained the status of this project.

Promising bacteria for the production of PHA have now been identified and the rDNA has been characterized. Now work is being done on extraction methods that do not needthe use of organic solvents. At the same time, work is being done on upscaling, from 5 to 20 liter scale in the ZAP Groningen upscaling facility. “However, large-scale production is more complicated than we envisioned 4 years ago,” says Binnema. “As a result, we have not yet been able to produce enough material and the intended application development has been delayed.”

To investigate the application potential of different materials, the recyclability (where the tensile strength of PHA appears to decrease rapidly in each cycle) and the degradability of pure PHA, compared to blends of PHA and other biopolymers, such as cellulose, were examined. The expectation that this combination would degrade more quickly in soil could not be confirmed.

“Such results all contribute to knowledge development and are translated into projects for students. All knowledge is also bundled in a database with the characterization of various PHAs according to molecular and physico-chemical properties. We want to turn this into an open access database ”, says Binnema. The project will run until the end of 2021. More information: www.bernn.nl/onderzoek

There is a lot of technology development going on, but what needs to be done to successfully market PHA? That question was central to the discussion at the end of the webinar. The participants were divided: 60% think a market-driven (demand-driven) approach is necessary, but 40% are convinced that a technology push is essential, with the main argument that there simply is not enough material available yet to develop applications for a product. and create market pull. Projects like PHA2USE can change that.

Nevertheless, there still appear to be barriers to the use of PHA. Such as the question of whether the material can be processed with the current machines in the plastics industry. In the German-Dutch project “Application-driven R&D on PHA” it has been proven that it is possible, although the low crystallization speed is still a disadvantage. This can possibly be solved with additives.

Other bottlenecks are the resistance of waste processors to compostable plastics because they would disrupt mechanical recycling processes, the regulations surrounding food packaging and the negative associations of consumers with products from sewage water. In short, to be successful, PHA still has many challenges to overcome, which are not only technological in nature. 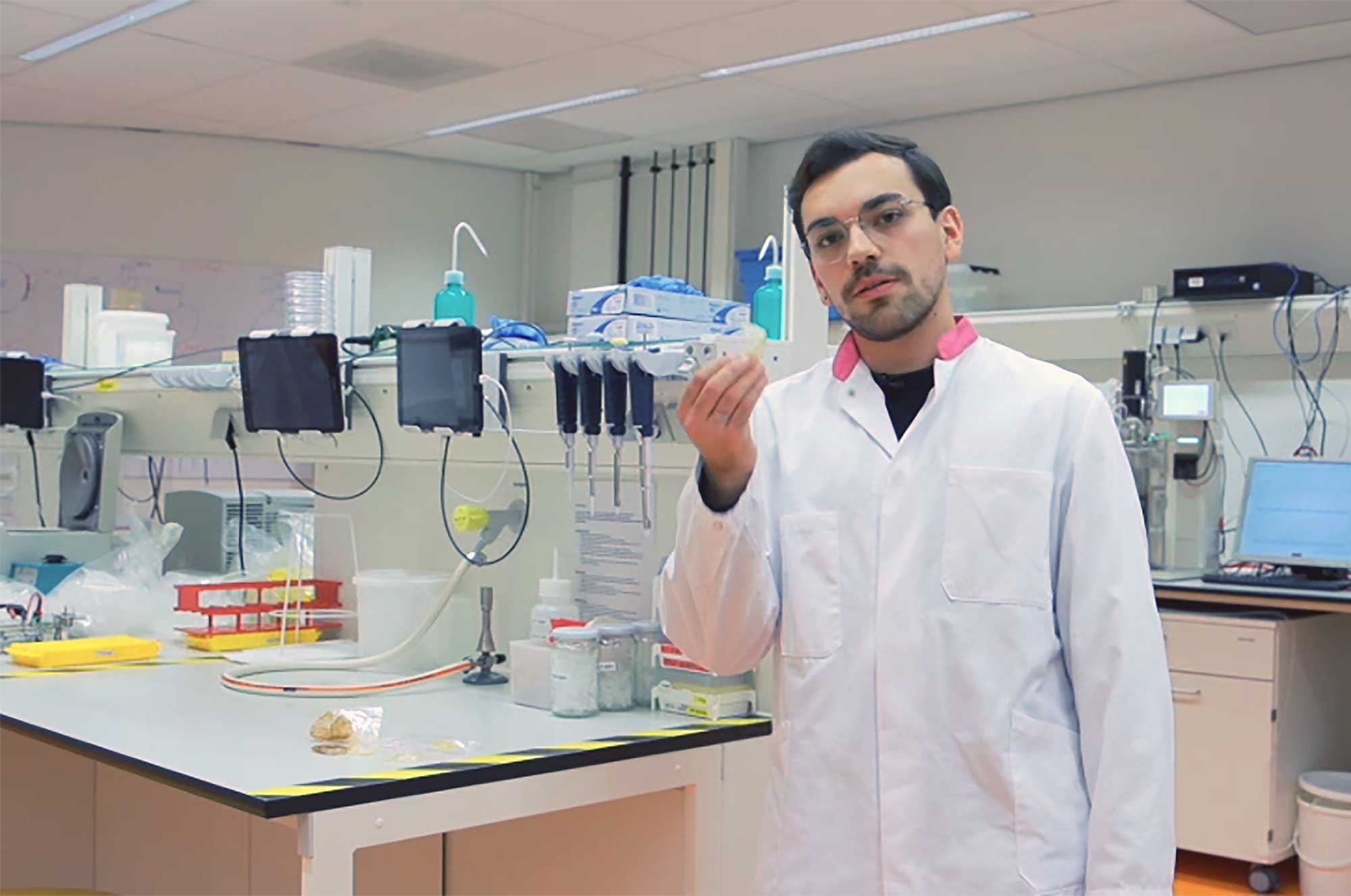 True innovation in the chemical and bioprocessing technology sector is being created in a fertile environment,…

PHA, the new niche market for the Northern Netherlands

Polyhydroxyalkanoates (PHA) are a niche market with great promise. The share of materials in the total…