Focus on green chemistry, chemical recycling and the region

2022 will be year of change for Circular Biobased Delta

No Comments
Read on
In the new year, Circular Biobased Delta (CBBD) will enter a decisive phase: 2022 is to be the year in which the process of greening and making the chemical industry more sustainable actually gets underway. The transition to green chemistry from agricultural crops plays a central role in this process. Willem Sederel, Chairman of CBBD, explains what we can expect in 2022.
Pierre Gielen

The past year, we have worked intensively with Green Chemistry, New Economy (GCNE), a broad Dutch coalition of governments, regional development agencies, clusters, TNO, Invest-NL and industry. This is about replacing fossil raw materials with circular or bio-based raw materials and replacing industrial processes with others that require less energy, for example thanks to biotechnology.”

A significant application has been submitted, for example, for the second round of the National Growth Fund: an investment fund with which the Dutch national government wants to support major innovations that should ensure long-term economic growth. The proposal revolves around using sugar as a raw material for the chemical industry, instead of petroleum. “It is an old wish of CBBD, which has been working for about ten years to get this off the ground, together with the agricultural sector and companies like Corbion, Avantium and DSD. Now that parties such as TKI-BBE (from the Dutch Top Sectors) and GCNE are developing similar initiatives and seeking each other out, this transition is suddenly gaining great momentum.”

A second subject that will be highlighted in 2022 and beyond is chemical recycling. “The signal already came from industry some years ago that we should not only look at renewable but also at circular raw materials, especially the chemical recycling of plastics, biomass, mixed flows and household waste. In 2019, we therefore transformed from Biobased Delta to Circular Biobased Delta.”

This shift in focus allowed CBBD to make a solid contribution to a second Growth Fund application submitted by the Platform Duurzame MaterialenNL, in cooperation with the National Platform Plastic Recycling (NPPR). “One of the topics in it is about thermochemical recycling. We took care of that through GCNE, with participation from Port of Moerdijk, Green Chemistry Campus, CBBD, TNO, ISPT, University of Twente and BrightSite. That too has turned out to be a great application.”

According to Sederel, both Growth Fund applications are very important for the future of the agricultural sector and the chemical industry in the Netherlands. “If any part of this goes ahead, it will mean a major acceleration of the transition that we as the CBBD have always talked about. The Growth Fund applications make it possible to accelerate this transition considerably with market parties, because it releases substantial funding. The money goes to companies and projects. As the CBBD, we can continue to play a positive role, for example with substantive support, our global benchmarking in the field of technology, the development of market plans and the organisation of events to translate the message to the general public.”

Both Growth Fund applications were submitted in the autumn of 2021. The final decision on whether they will be honoured will not be made by the second quarter of 2022. They are currently being assessed by an independent committee and external experts. Sederel: “It takes a while, but the application is assessed on more than 40 criteria. The requirements are strict because it is extremely important that the Growth Fund yields more than it costs in terms of jobs, knowledge and added value. And the matter is complicated. It’s not easy to say, for example, what a Saccharose Agenda will deliver in terms of jobs and added value in 2050 and to which extent it will lead to CO2 reduction. That has to be well substantiated. In the meantime, we are not sitting still. We are keeping warm the excellent contacts we have made and can already undertake some of the necessary preparations. We are also opening talks with companies that are interested in joining, because only part of the money is tied up in non-moveable investments, such as demonstration plants that are going to the north of the country, to Limburg or to the Delta region or some other place. In addition, there is a considerable amount of unallocated money left for which calls for tenders will be issued. Parties can apply for projects for future biorefinery, for example, or in the field of new molecules from sugar with fermentation.”

In addition, the proposal also contains a considerable innovation agenda. “We believe that is an extremely important aspect, because it also stimulates cooperation between large and small companies. Through that agenda, we intend to remain nationally connected to GCNE in 2022. And regionally we focus on those issues that are particularly relevant in Zeeland and West-Brabant.”

In addition to these promising developments, this year CBBD is also confronted with the need to reorganise the financing of future activities. Originally, the organisation was subsidised by the three Dutch provinces Zeeland, Noord-Brabant and Zuid-Holland. The latter wants to focus more on biotechnology and less on green chemistry. Although these are related fields, they still remain two separate worlds for the time being. The Province of Noord-Brabant is also shifting the purpose of its subsidies from basic to project funding. “This does not necessarily mean less money, but it does mean that the provinces have more control over what it is spent on.” The Province of Zeeland is considering a similar approach.

CBBD will therefore have to adjust its plans and resources. According to the Chairman, this will mean that CBBD will have to profile itself more regionally. “Matters such as lobbying, financing and changing laws and regulations must be advocated primarily on a national basis; it is not sensible to do this separately for many regions. As far as I am concerned, we see this role being fulfilled perfectly by the Green Chemistry, New Economy initiative. Thanks to GCNE, we have also learned to cooperate more with other regions that we previously considered to be competitors, such as the Northern Netherlands and Limburg. We have let go of ideas such as ‘everything that lands in the North, does not land in the Delta’. We are adopting a more positive attitude and working together at a national level. Parties who want to establish themselves in the Netherlands choose their own location.”

In addition to cooperation with other regions, cooperation with other organisations within the own region is also obvious, such as the Green Chemistry Campus (GCC) in Bergen op Zoom and the Centre of Expertise Biobased Economy (CoE BBE) in Breda. CoE BBE and GCC both focus on the same market and provide overlapping services to some extent. For example, they both have business development, they both communicate, they both work on a community. “The question is whether we would not be better off working together on these activities, organising these services more efficiently and ensuring that we can get the business community more interested in the ecosystem and the communities in the south of the Netherlands. That wish also comes from the Campus, which has now been in existence for 10 years, which means that government support will be phased out. In the future, a plan will have to be drawn up that demonstrates viability. That means joining forces in North Brabant, but also in Zeeland. Constructive discussions are underway there with, among others, the Smart Delta Resources platform.”

What will members notice of these changes? “We still have to give shape to the cooperation. For now, it is difficult to estimate exactly what it will look like. The province of North Brabant recently appointed Kees Joosten of Bax Consult to work on this as a quartermaster. Cooperation is very important to a number of the members. We expect that we will start working more on regional projects and not trying to do everything ourselves any more.”

“We also see a role for ourselves in identifying promising combinations of companies and propositions. We can use our network to help parties form consortia, so that we can try to shape these kinds of projects regionally and , scale them up faster. An example is our successful Chaplin project, which focuses on bio-based asphalt on the basis of lignin, involving 29 parties in a full chain approach with attention to circularity. Think also of events, networking, further developing our community and our ecosystem. Circular innovation is 20% technological innovation and 80% social innovation. Occasional encounters are also very important in this respect.”

Internationally, CBBD still has ambitions. “We have very good contacts with the Nordic countries, but I think we are going to look closer to home, especially in cooperation with our neighbours in Flanders and North Rhine-Westphalia. The Antwerp-Rotterdam-Rhein-Ruhr cluster is a very nice scale on which to build synergy, and we should continue to do so.”

The CBBD’s target of a 10-megaton reduction in CO2 by 2030 also remains in place. That ambition was expressed in 2020. Sederel: “The elephant in the room is that we can’t go on like nothing has changed. Pension fund ABP no longer invests in companies that use fossil fuels. That’s quite a statement. Lawsuits are being filed around the world against companies that are not working clearly and quickly enough towards reducing emissions. Society demands that something should happen. The time for talking and expressing good intentions is over. We all need to take action now.”

This article was produced in cooperation with Circular Biobased Delta. 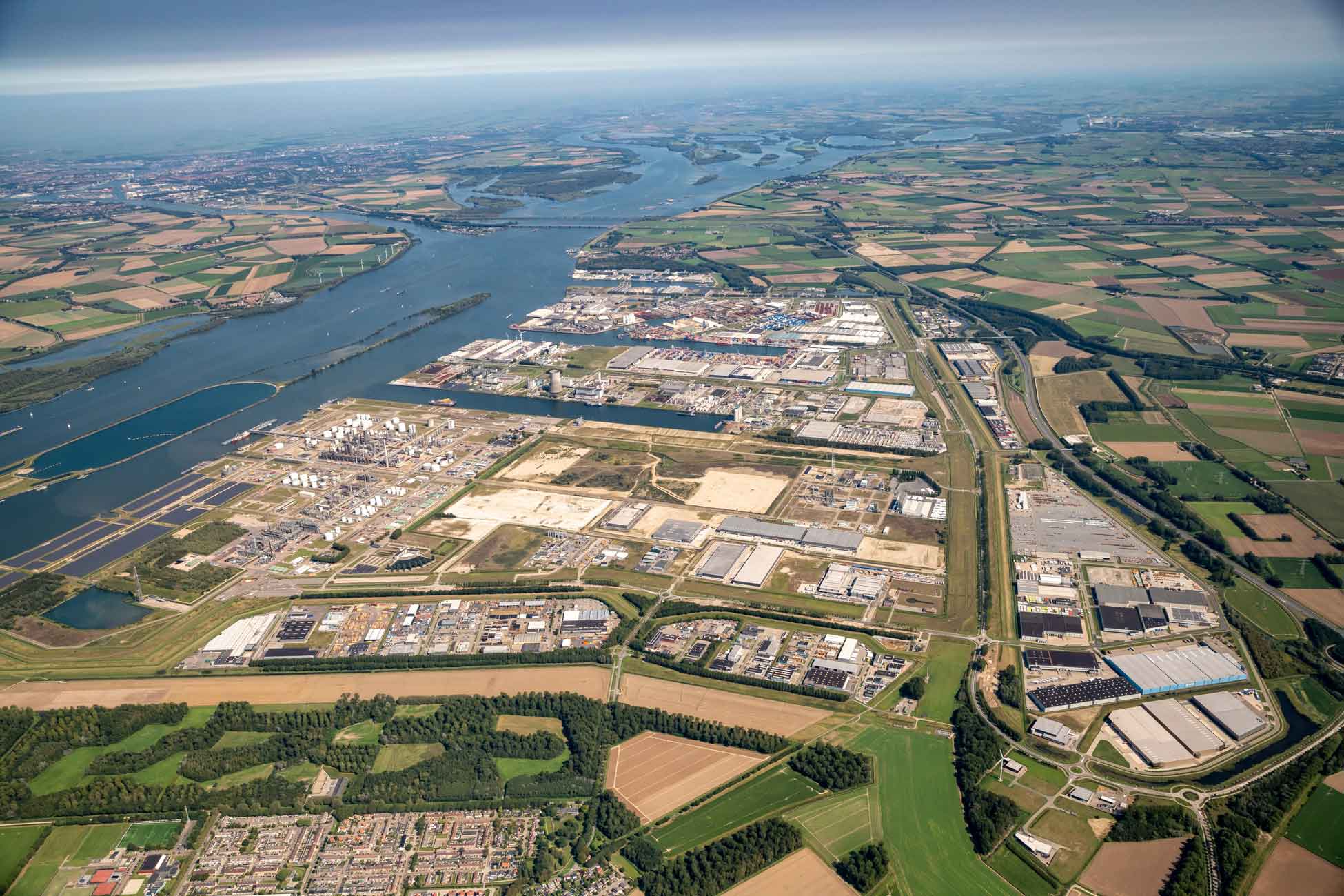 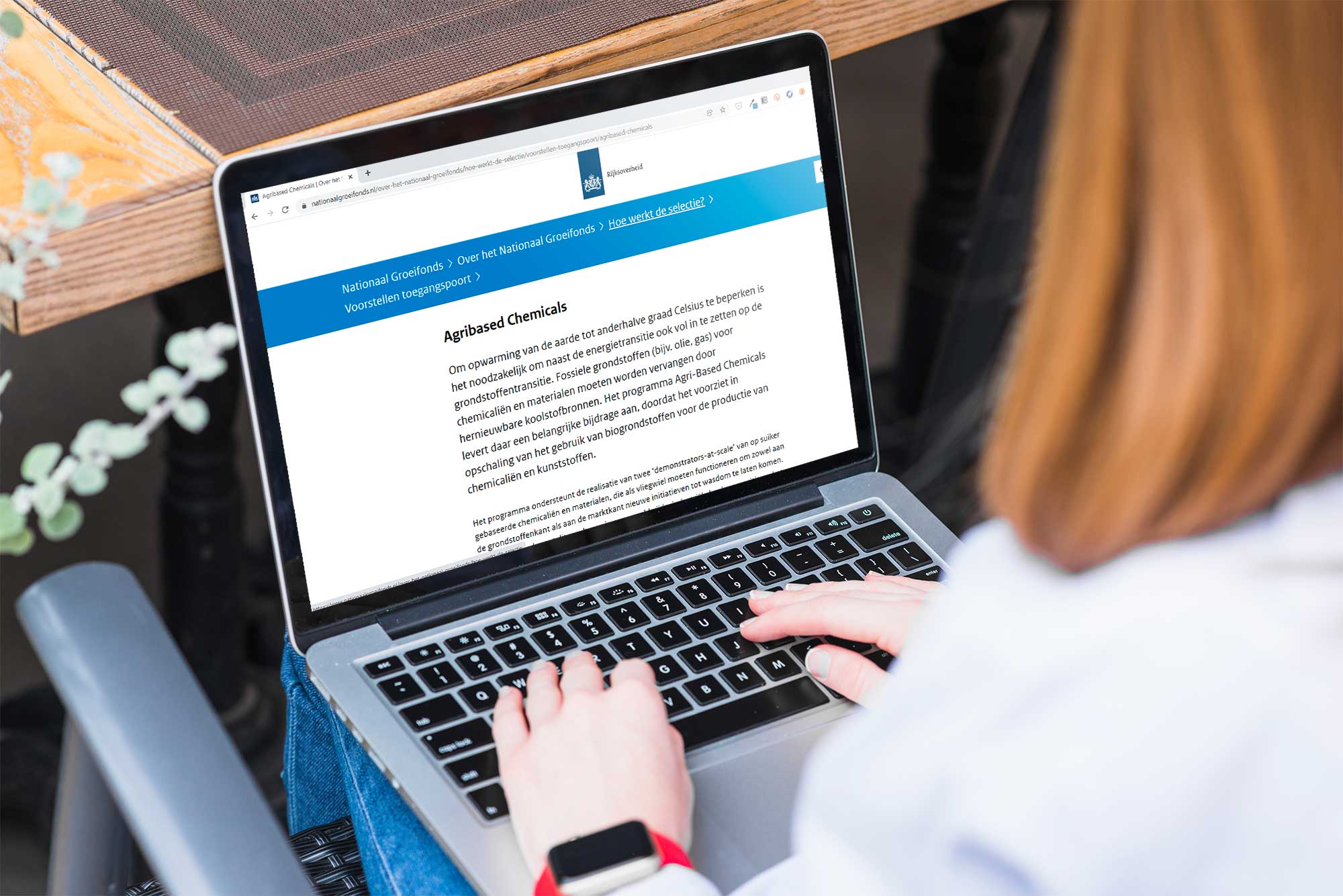 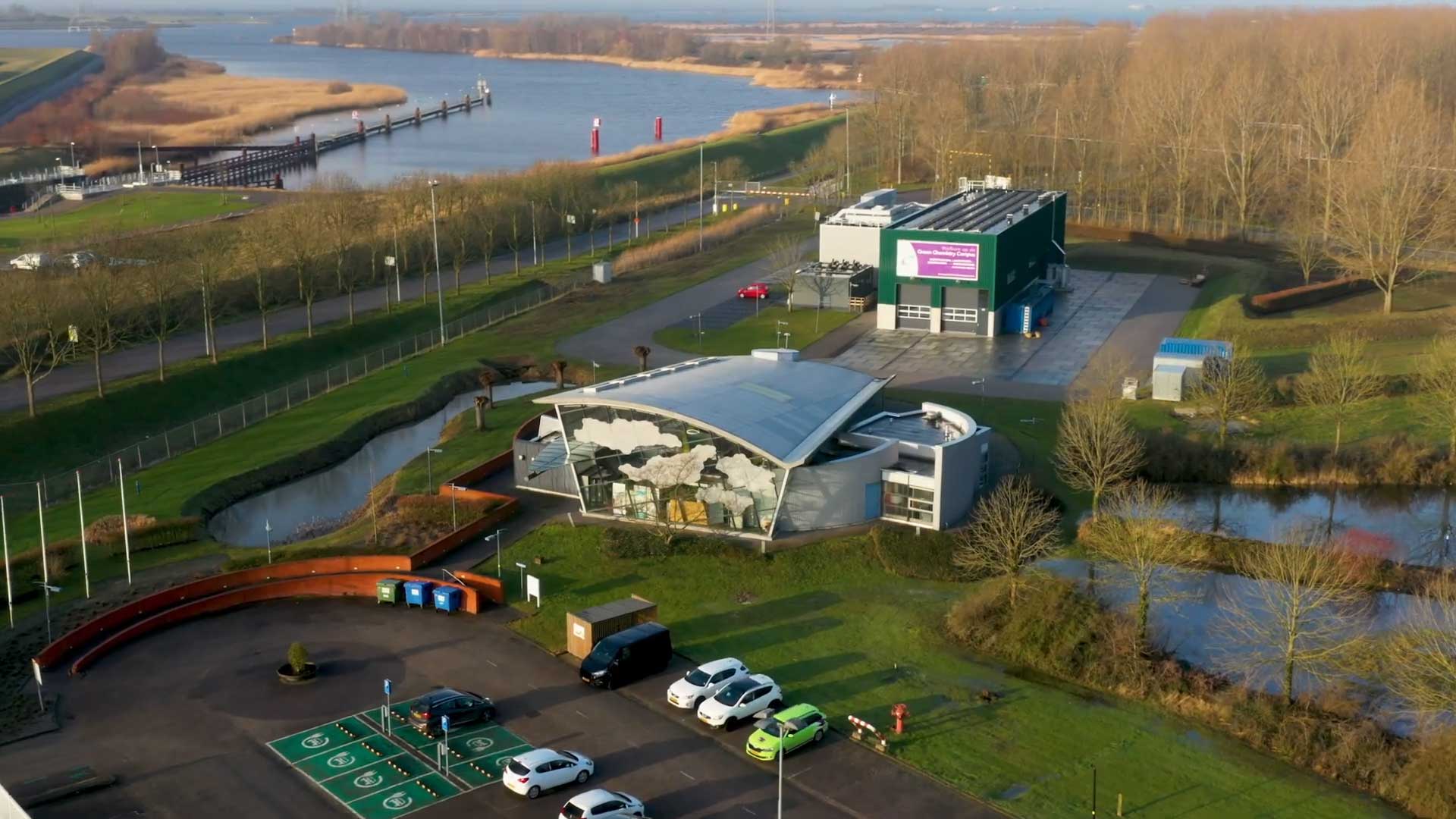 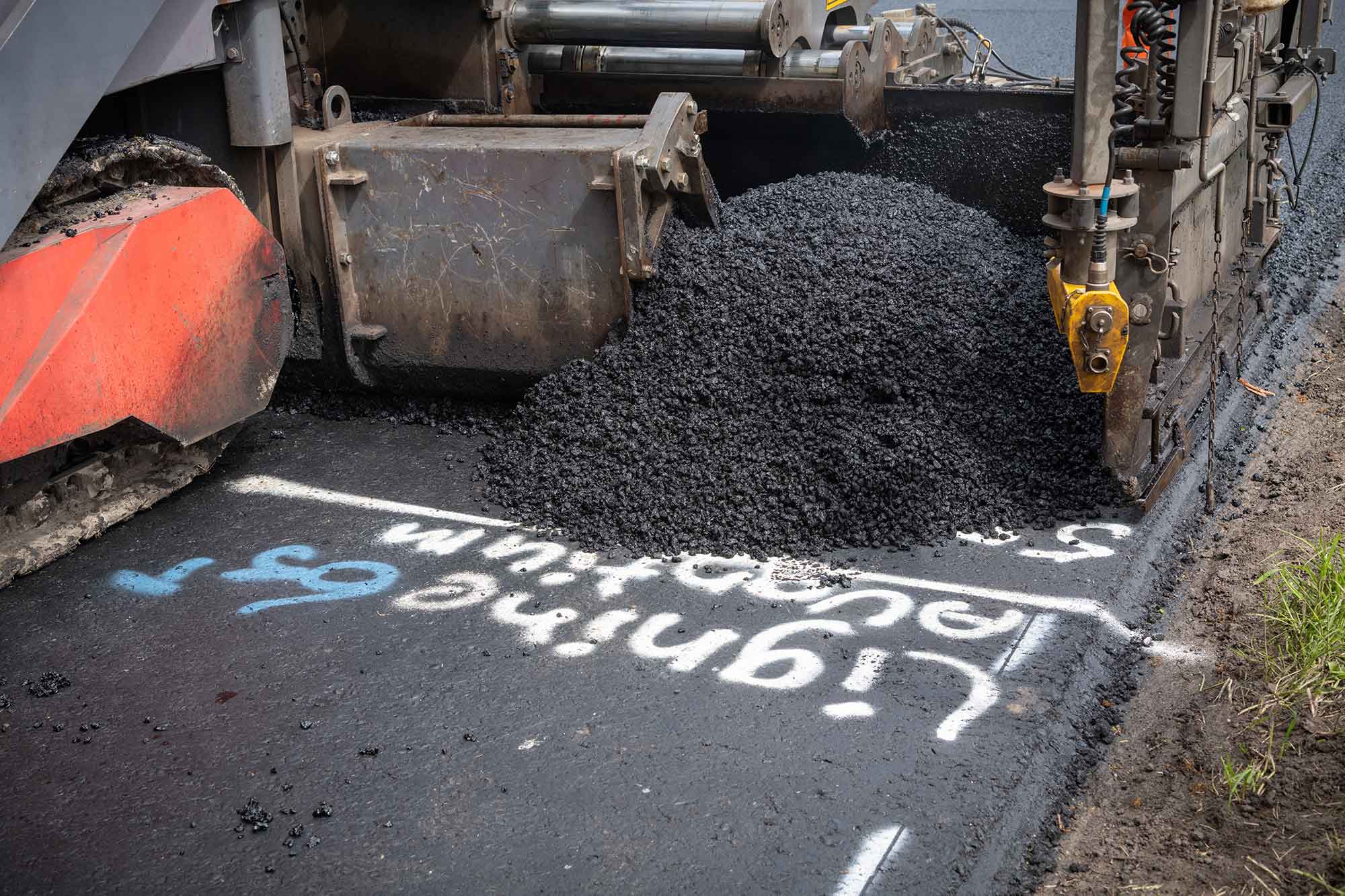