Rubber from yeast, activated carbon from plums and insoles from mycelium

No Comments
Read on
The 2022 Bio-based Innovation Student Challenge Europe (BISC-E) Finals were a close call. Student teams competed against each other in this European competition, and in the end, three winners emerged, all receiving about a quarter of the votes. That shows that the top three teams competed with comparably high level of entries.
Pierre Gielen

BISC-E originated in the Netherlands in 2018 and, thanks to the involvement of the Bio-based Industries Consortium (BIC), has been an international competition open to students from all over Europe since 2019. They are challenged to present an innovative bio-based product or service to contribute to solving societal challenges. This is done in two stages: first in national competitions and then in a 2-rounds European final.

“We want to establish a lively and continuous interaction between graduates and the bio-based industry,” explains BIC’s Nelo Emerencia. “This helps students get a better idea of the industry, but it is also interesting for us to see what kind of people will enter the job market in the near future.”

Kees de Gooijer, chairman of the jury in the first round of the European final: “We are getting to know the next generation of workers in the bio-based economy thanks to BISC-E. They are at the age when they can still think freely, without being limited by corporate cultures, or the fixed ways of NGOs or research institutions. This gives me a lot of energy!”

This year’s final was won by the team GENAB, from the University of Piemonte Orientale (Novara, Italy). The students investigated a new method of making rubber, using genetically modified yeast.

Rubber is a critical material of strategic importance, indispensable for car tyres, for example. Traditionally, it is made by tapping juices from the rubber tree. But 70 per cent of global rubber production is currently synthetic and petroleum based. Team GENAB takes a different approach, using biotechnology. Black yeast is used for this, a micro-organism naturally capable of producing biopolymers. By inserting genetic material from rubber trees into the yeast cells, they can produce polyisoprene, or rubber. It is extracted from the yeast cells in a biorefinery step.

The energy for this process can be generated with lignin from corn stover, i.e., agricultural residues. The process also releases melanin and biogenic carbon dioxide, which can be harvested as by-products to close the business case. According to the students, their new way of producing rubber appears to be the most eco-friendly in terms of greenhouse gas emissions and land use. And the commercial opportunities are huge: the rubber market is expected to grow from $31 billion in 2021 to $38 billion in 2028.

Second place in the BISC-E competition went to the Belgian team Valorised Carbon from Ghent University. They devised a plant to produce activated carbon from fruit waste. Activated carbon, widely used for wastewater treatment, gas purification, and soil remediation, usually comes from Asia and is made from coal or lignite. It is anything but sustainable.

The students created a set-up for a production facility using residual streams from the fruit industry: specifically for plum seeds, but cherry and olive kernels or walnut husks could also be used. Of these residues, 1.6 million tonnes are discarded in Europe every year. With an input of 30 kt of kernels per year, a local plant could make 4 kt of activated carbon. With current market prices, this project would pay for itself in six years. Moreover, it would be possible to save 40,000 kilograms of CO2 emissions compared to current production methods. The team is working on experimental technology where carbonisation and activation can be integrated in one step.

Third place went to a joint team from Wageningen University & Research and TU Delft in The Netherlands. They launched the PRYNT3D Mycelium concept: orthopaedic insoles, custom 3D printed from mycelium grown on household waste. Custom-made insoles offer a remedy for chronic aching feet, an ailment suffered by millions of people. However, they are expensive (€300 a pair) and usually made of fossil-based plastics.

Mycelium, a versatile natural material that behaves like plastic, provides a more sustainable alternative. But growing mycelium products in a mould is patented and inefficient for single pieces. Therefore, the student team took a different approach: the feet are scanned, and the insoles can be 3D printed immediately with a mycelium-based biopolymer. The same method would also be useful for other applications, such as custom-made earplugs, self-repairing trainers or even a substitute for plaster casts for broken bones.

Two other teams failed to win prizes in this competition but did presented projects worth mentioning.

The BioCity Cowboys team from Vytautas Magnus University in Kaunas (Lithuania), devised a plan for a network of small bioreactors, where city residents can drop off their organic waste so that it can be fermented into compost at high speed. It is relevant for Lithuania, where organic waste usually ends up in landfills. Traditional composting takes months, smells bad and is thus not suitable for urban areas. With newly developed bioreactors, odour-free composting is possible within 24 hours, argue the BioCity Cowboys. The compost produced can then be sold.

No cowboys, but cows were at the heart of the entry from Ireland. The country has a large dairy industry. Irish cows produce 8.3 billion litres of milk annually. For every litre produced, 3 to 4 litres of water are consumed. This must be purified. Flocculation is the most used method for this, but it is regularly done with harmful chemicals that also produce large quantities of contaminated sludge. The LignoFUN team, composed of students from three Dublin universities (Trinity College Dublin, Dublin City University and University College Dublin), devised a more sustainable method of treating wastewater from the dairy industry, using modified lignin.

All entries were judged on innovative aspects, sustainability and circularity, technical feasibility, applicability, and marketability. The winning team received a prize of €5,000 to further develop their idea. The teams in second and third place won €2,500 and €1,000 respectively.

“We are not only giving away cash prizes but make the winner an industry full member of BIC for a year as well,” Nelo Emerencia emphasised. “We also support the students, connect them with networks to find potential partners. And we ask them to come back one or two years later to talk about their experiences. That is equally important.”

The pitches of the student teams can still be watched on the Bio-based Industries Consortium’s YouTube channel.

This article was written in collaboration with the Bio-based Industries Consortium. 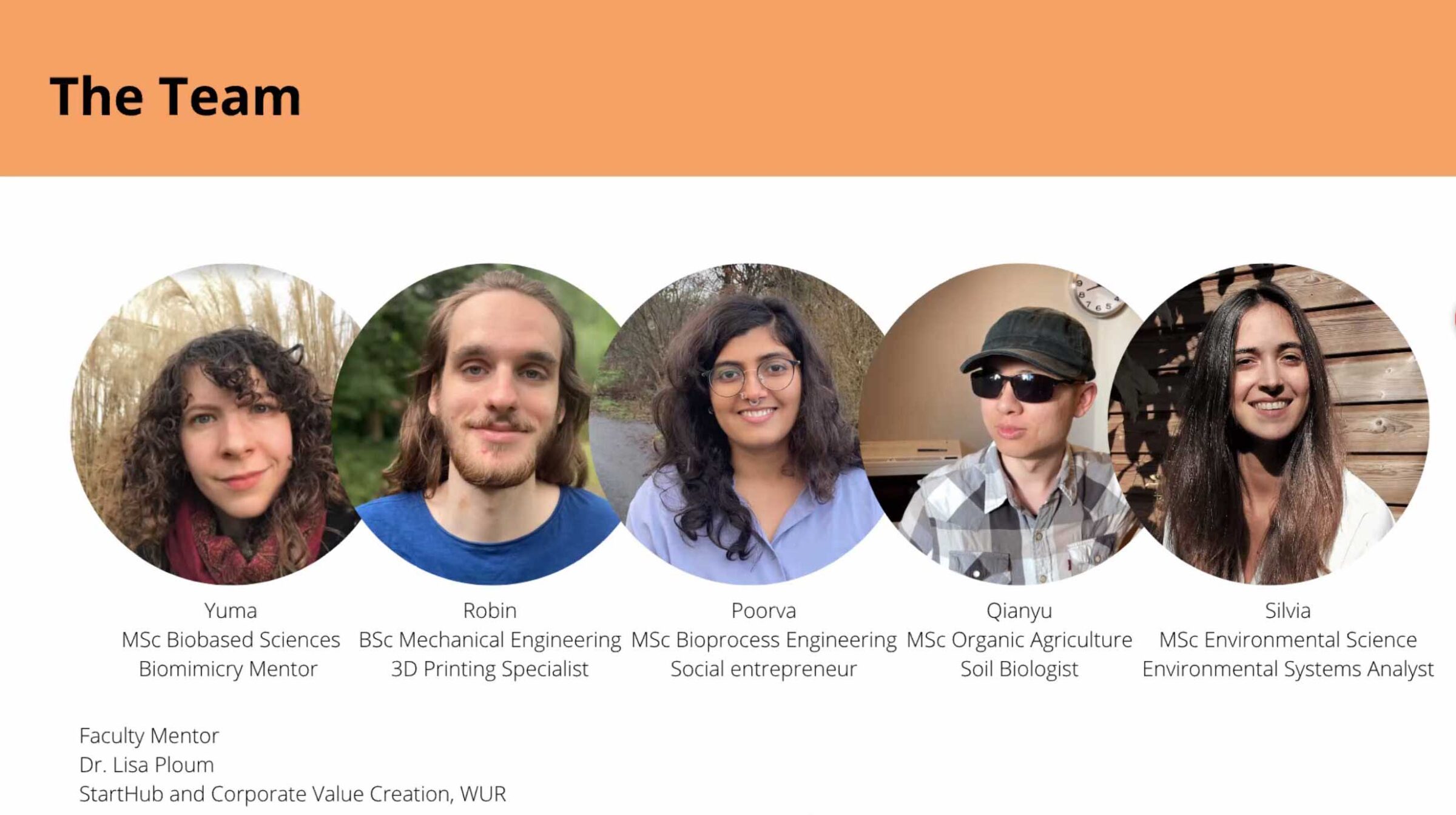 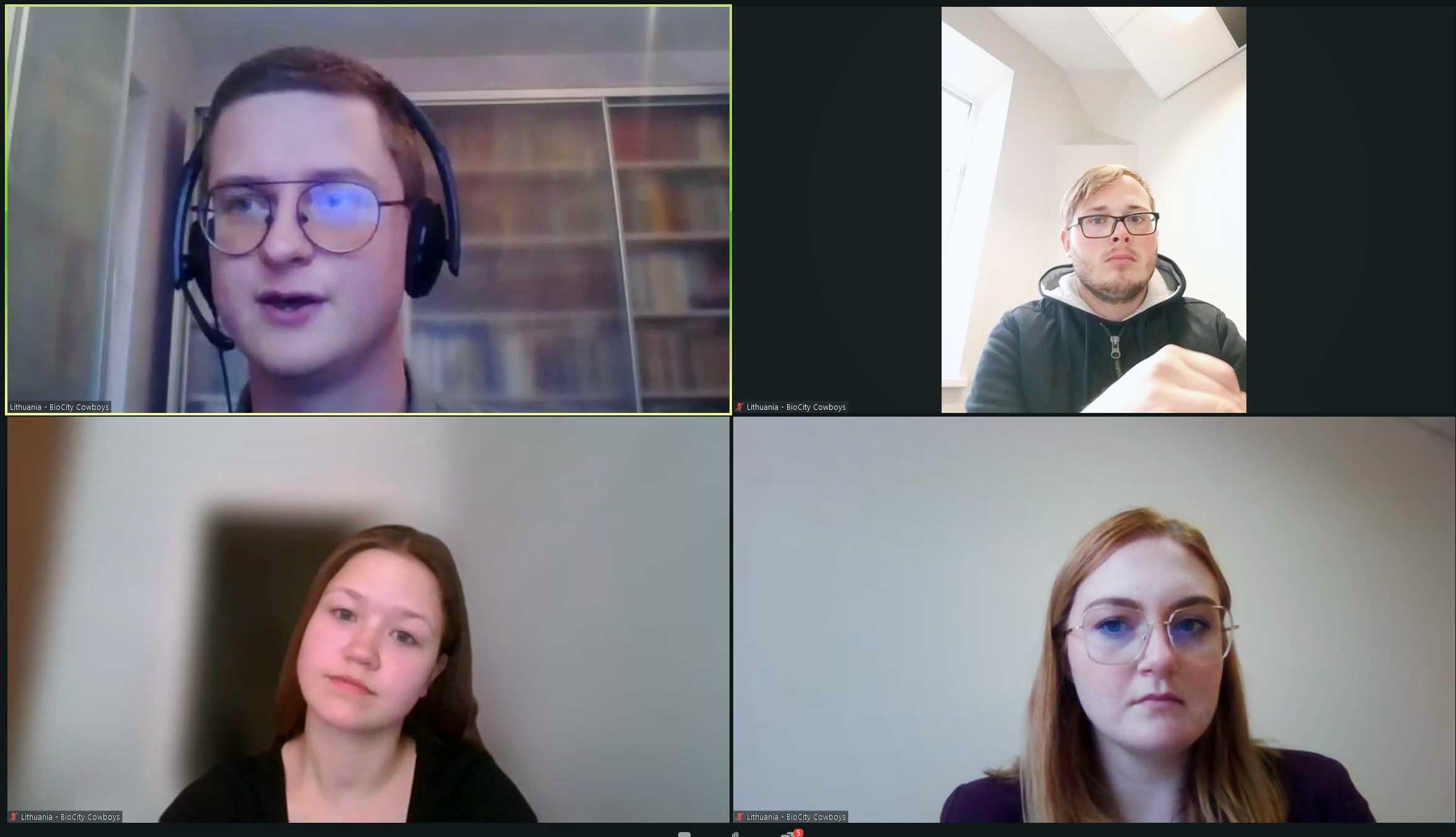 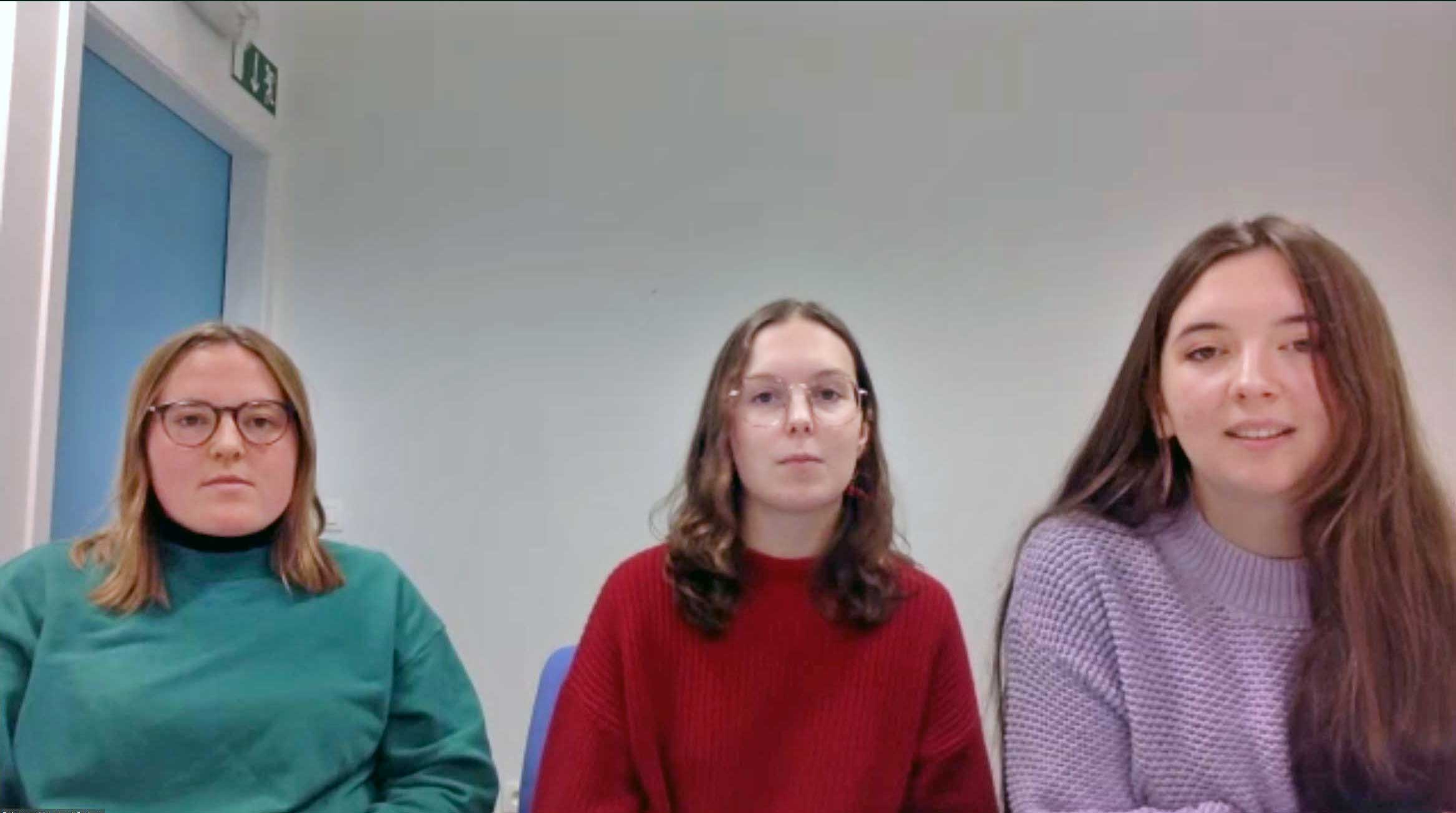 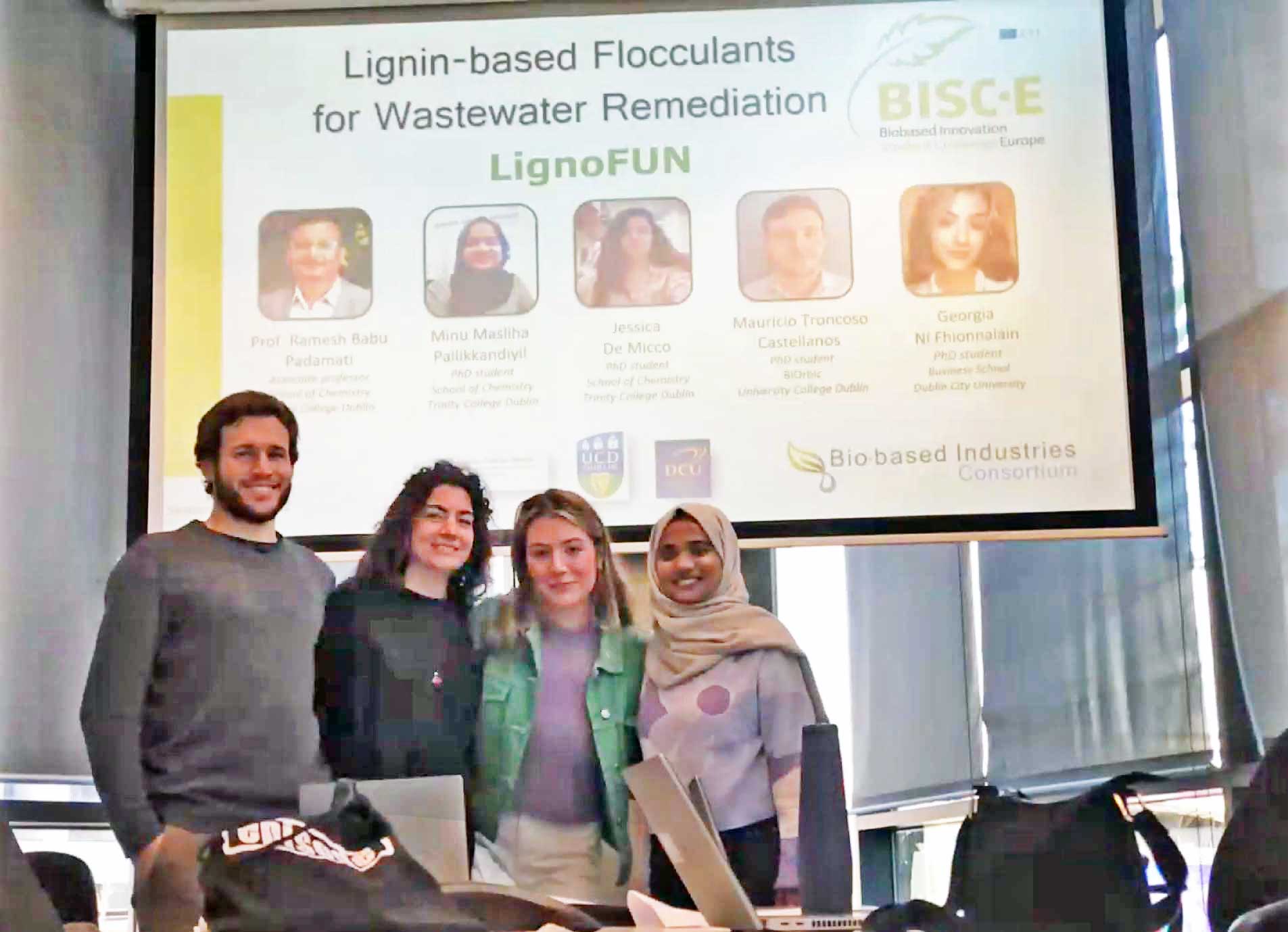 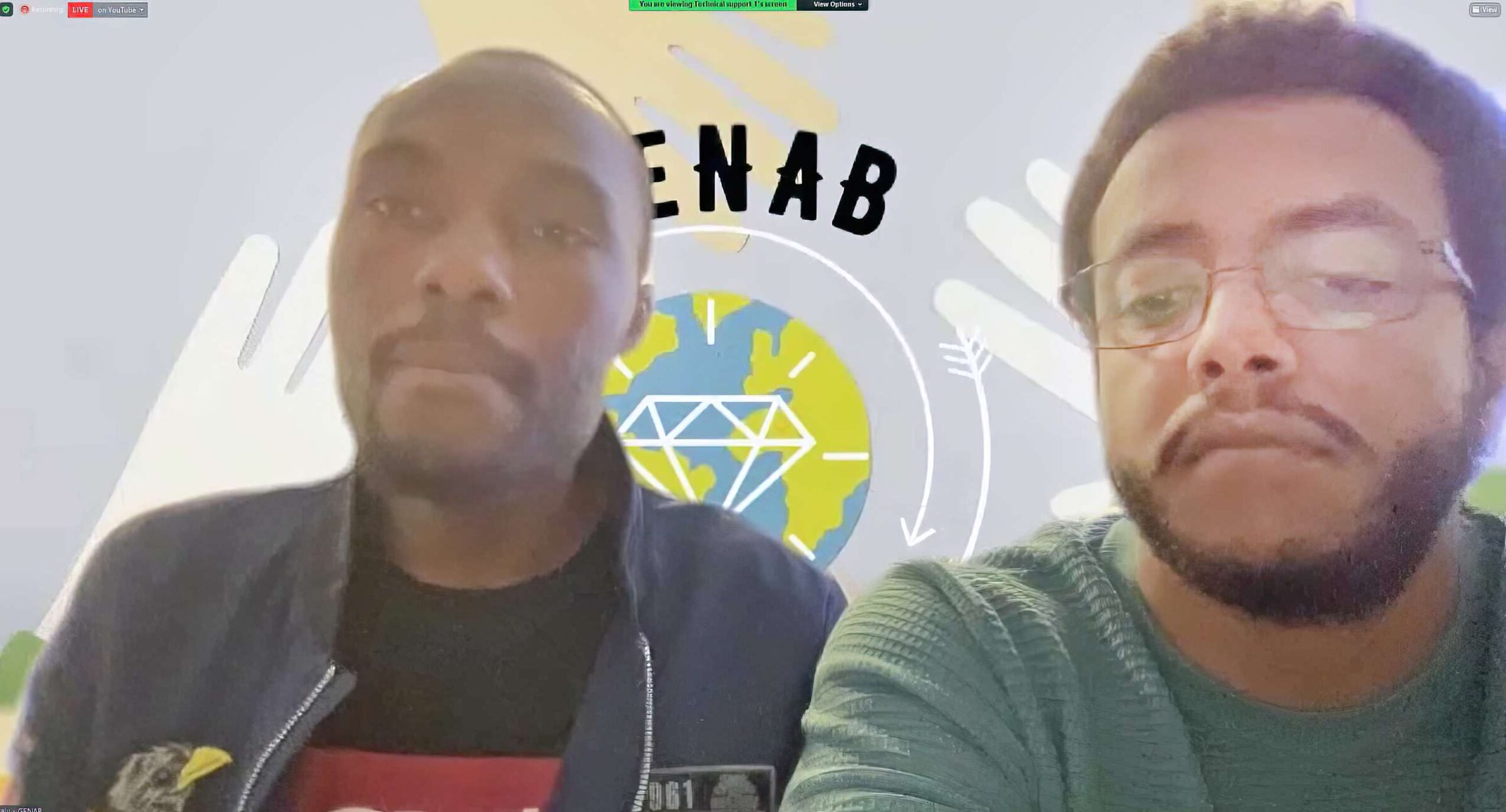 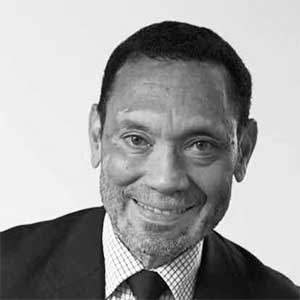 'The right time for chemical recycling is now'

“This competition was our ticket to the business world”

Since the Bio-based Industries Consortium 'adopted' the international student competition BISC-E in 2019, the number of…

“Combining science with a business case is a valuable experience”

A leather-like material from wastewater, packing peanuts from bread and cleaning swimming water with duckweed: participants…

Some invent grand theoretical concepts, such as cultivating seaweed around offshore wind parks to produce biogas.…