Making an impact with bio-based democases

No Comments
Read on
The bioeconomy is flourishing in Europe. Biorefinery initiatives are sprouting up all over the place; the counter now stands at about 2,000. Some initiatives are unique to a location, but many have a supra-regional reach or offer opportunities for replication elsewhere in Europe. The Bioeconomy Pilot of the Vanguard Initiative stimulates this development by directly supporting various democases.
Pierre Gielen

In order to inform the biobased network about this, Circular Biobased Delta and the Lombardy Green Chemistry Association, initiators of the Pilot, organised the webinar ‘Creating impact with biobased democases’ on 30 September, on the occasion of the lustrum of Natural Fibertastic 2021 in Bergen op Zoom.

“The Pilot aims to increase the local and European impact of the bioeconomy and green chemistry,” says Ilaria Re, the European project director of the Vanguard Initiative. “We are doing this in several ways, by setting up new, trans-regional value chains. We identify critical challenges that go beyond the capabilities of one region, to pool skills, energy and resources that can make a difference in the marketplace.”

Industry is at the helm here. However, the government also plays an important role in creating the framework conditions and providing financial support for scaling up innovations.

So far, about 20 of the 35 Vanguard regions are participating in the Bioeconomy Pilot. They can, for example, exchange knowledge, experience and best practices. The Pilot also offers access to various funding opportunities and tools for sharing and implementing policy. For industries, the Pilot offers the opportunity to connect to European partnerships and ecosystems that help accelerate the scaling up of innovative projects. To this end, a memorandum of understanding (MOU) was also signed with the Bio-Based Industries Consortium (BIC) in 2016.

Within the Bioeconomy Pilot, the participating regions are currently working together in seven successful democases in different sub-areas of the bioeconomy: from lignocellulose and biopolymers to biofuels and green asphalt. Together, they have already raised around €15 million in investments, from regional, national and European funds. The progress of some of these democases was discussed during the Bioeconomy Pilot update.

The BEACON team is working on the conversion of biomass and bio-industry waste into bio-based products with commercial applications, through biorefinery and bioprocessing. This is done in close cooperation with companies in the region. In the pilot plant at Bangor University, natural fibres (lignocellulose) from waste streams are pre-processed and processed into products such as (food) packaging, building materials and bioplastics/biocomposites.

“Lignocellulose is important because it is frequently available biomass,” says Willem Sederel, chairman of Circular Biobased Delta (South Netherlands). From wood to hay to roadside grass, it is found in every vegetable material. However, lignocellulose is also difficult to process for the chemical industry. Moreover, there is the challenge of valorising all parts of the plant: not only the cellulose (industrial sugars), but also the lignin.

Lignin, for instance, can be used very well as a bio-based substitute for fossil bitumen in asphalt. For this purpose, the CHAPLIN consortium was set up in the Netherlands a few years ago, in which 29 parties from the entire value chain are currently represented: from raw material suppliers via asphalt plants and road builders to road authorities, supported by a number of renowned knowledge institutions. The project is now at TRL 6 to 7, 18 test strips have been laid with various types of lignin in different asphalt layers and LCAs have been made. “We hope to be able to roll out CHAPLIN in other European countries soon,” said Sederel.

In the Shared Research Centre Biorizon, research is also being done on lignin as a raw material for bio-aromates. Flanders and the Netherlands are working together on this. Ludo Diels, research leader of the Flemish research organisation VITO: “From the thermochemical approach, we mainly look at technologies such as gasification and pyrolysis, in addition to catalytic depolymerisation followed by fractionation. This development is still in full swing.”

Biorizon’s ambition is to achieve first commercial bioaromatics production by 2025 and it looks like this will be achieved. In January 2022, a new LignoValue Pilot Plant for reductive depolymerisation of lignin will open in Mol and will be officially commissioned in June. This pilot plant has a capacity of 250 kg of lignin per day. In addition, there is collaboration with KU Leuven on a biorefinery that converts wood directly into lignin; the so-called Lignin First approach, in which the lignin is central and not just considered a residual flow. Within Biorizon, the production of bio-aromatics from sugars is also being looked at, which has led to the establishment of the first commercial spin-off: Relement. “The interest in bio-aromatics from the business sector is enormous,” says Diels. “We do now need to start producing on a larger scale, as this is the only way to be able to test materials further.” Cooperation with regions in Spain, Slovenia, Austria and northern France is also being considered.

A completely different democase is aimed at creating a new value chain for liquid biomethane as a transport fuel in the Emilia Romagna region (Italy). Maurizio Bettiga, Chief Innovation Officer of Italbiotec SrL: “We call the project SMBio-LNG, where SM stands for Sustainable Mobility. The initiative is led by Italian transport company Gruppo Maganetti, which wants to reduce its CO2 footprint with LNG-powered trucks. These are already commercially available. Compared to diesel-powered trucks, they emit 15% less CO2, 70% less NOx and 99% less particulate matter. When biogenic methane is used, CO2 emissions can even be reduced by 80%. To this end, a biomethane plant has been built in partnership with a large livestock farmer. A filling station has also been built that will supply liquid and compressed biomethane to the project partners, but also to third parties.

Given the advantages, it is remarkable that such initiatives hardly get off the ground elsewhere. Why? “The investments for the construction of a factory and filling station are substantial,” says Bettiga. “We managed to do it. Not with technology, but thanks to our ‘derisking model’ with smart contracts and cooperation.” The risk of the investments was covered because the transport company first bought the trucks and signed a contract with the filling station, which then agreed a ten-year supply contract with fixed prices with the biofuel producer.

“We have calculated that after five years the filling station will be profitable with an average of 25 full tanks per day. We are currently measuring whether this calculation is correct. We will use this data to replicate this concept in other European regions. We are also setting up a consortium to develop an international investment instrument.” In this way, the project not only contributes to a cleaner climate, but also to the formation of new partnerships and a robust economy in the regions. And that is exactly what the Vanguard Initiative was created for.

Want to know more about the Bioeconomy Pilot? Take a look at the website of the Vanguard Initiative.

This article was written in cooperation with Circular Biobased Delta. 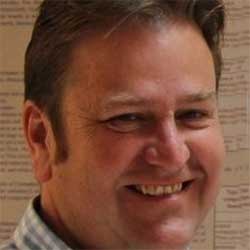 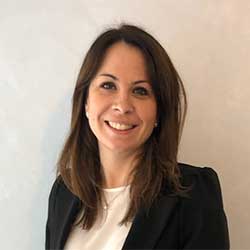 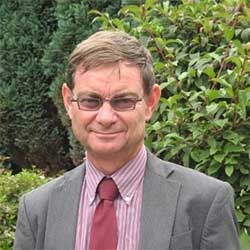 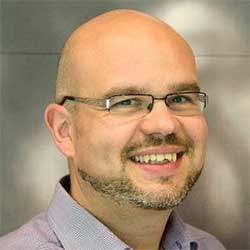 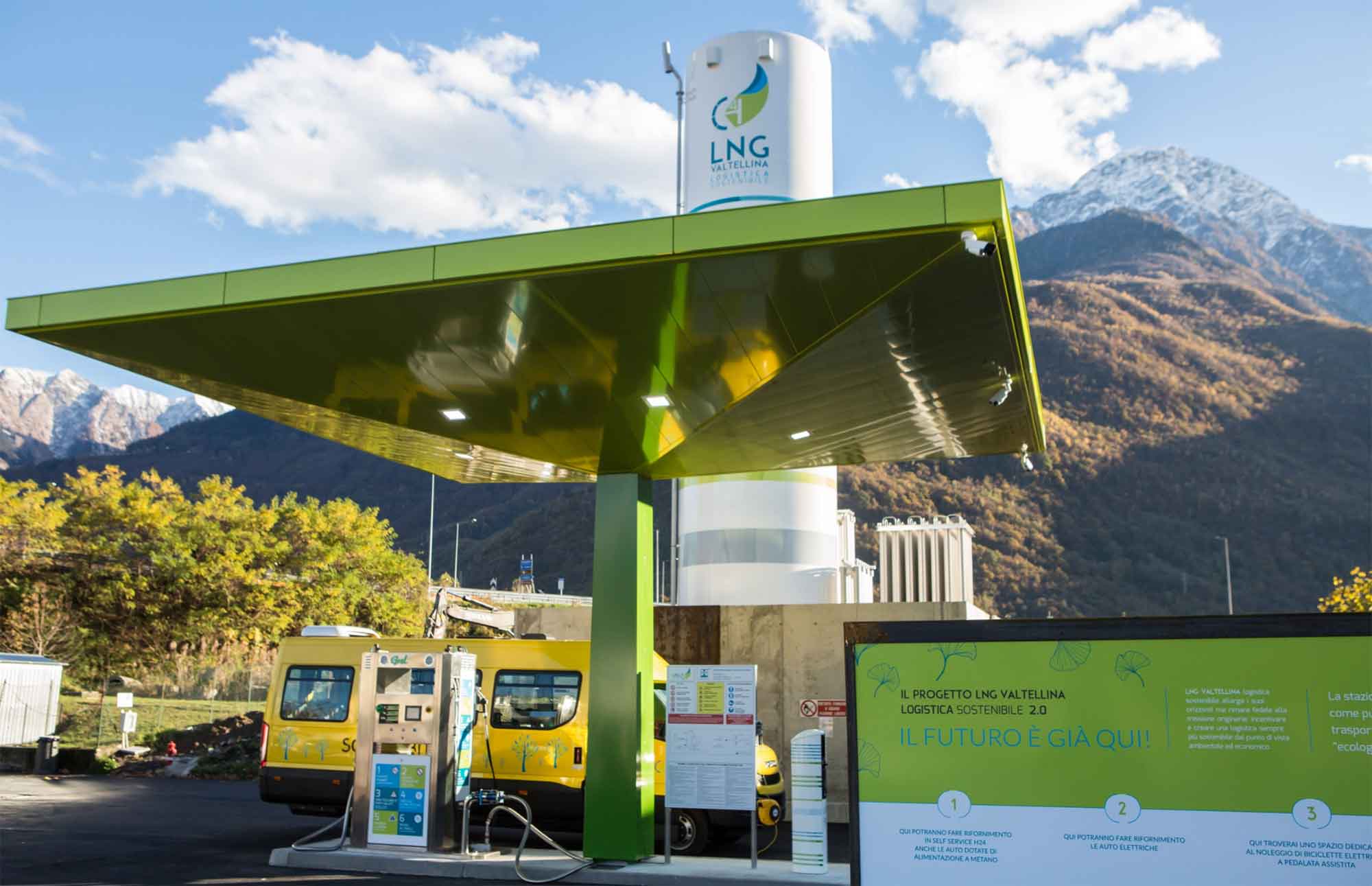 The Vanguard Initiative is a unique alliance that gathers 39 of the most advanced industrial regions in Europe, focused on stimulating industrial innovation and building European value-chains based on complementarities in regional smart specialisation strategies.

The chemical industry is facing a radical turnaround: from fossil fuels as the trusted basis for…