“If one link does not function, the chain falls apart”

No Comments
Read on
As the use of bio-based raw materials for chemicals, materials and energy increases, it becomes increasingly important to be able to prove that all that biomass is of sustainable origin. In its new Forest Strategy (part of the Fit for 55 package), the European Commission pays explicit attention to chain management: following the biomass from the farmer, via the processing industry, the manufacturer to the end-user, with all trade steps in between. The Bio-Economy Platform (PBE) recently devoted two webinars to this subject, which also attracted international attention.
Pierre Gielen

In the ‘chain of custody’ of biomass, or chain management, it is about organising trust, says Loes Knotter of the Platform for Sustainable Biofuels (PDB). At each step in the chain there must be a way of establishing the origin and thus the sustainability of the biomass. This is currently done with an extensive ‘paper trail’: a system of certification and verification in which transparency is central. For example, the certification body ISCC publishes on its website which certificates have been issued, revoked or have expired. “The system is not watertight, but the control is good in a cost-effective way,” says Knotter.

The fact that it is still possible to commit fraud was demonstrated by the biodiesel incident in The Netherlands earlier this year, when a batch of fossil diesel was sold with copied certificates as renewable. “It shows how vulnerable the supply chain is: if one link in the chain does not function, the whole chain falls apart.”

This fraud case has led the Sustainable Biofuels Platform to tighten the reins, commissioned an investigative report and is now working with the Dutch Emissions Authority (NEA) to examine how the chain of custody can be improved, for example by using a blockchain solution. Communication with end users can also be improved, Knotter says.

Fraud such as this is not without its consequences for those involved. Their certificates will be revoked, which means that they will not be able to deliver for five years. In addition, they face criminal prosecution. “The Netherlands is one of the strictest countries in the world in this respect.”

One company that has to deal with a large influx of sustainable biofuels every day is RWE, which co-fires no less than 2.5 million tonnes of biomass in the form of wood pellets in two of its coal-fired power stations: the Amer and Eemshaven power stations. “This is about 9% of the total renewable energy in the Netherlands. That saves us 4 million tonnes of CO2 emissions every year,” explains Ronald Zwart, Sustainability Director of RWE Generation.

Not only RWE demands that this biomass is 100% sustainable. The Dutch national government demands it too and has regulated it by law, partly because of the SDE++ subsidies on co-firing. “Biomass is the only raw material with legal sustainability requirements. There is no other raw material in the world for which that applies,” says Zwart. And yet none of this is enough to dispel the public’s distrust of bioenergy.

RWE reports to the government on issues such as CO2 reduction, soil quality, carbon debt, sustainable forest management and the supply chain. It results in an enormous paperwork, even if it is digital nowadays. A shipload of wood pellets delivered to Geertruidenberg or the Eemshaven often consists of several partial deliveries from different countries. With all the associated regulations. “You need knowledge and skills for this. More and more people are involved: the sustainability controller, Quality Assurance, but also the Trading, Purchasing, Logistics, Finance and Management departments. And we’re not even talking about the external parties that are involved, such as the NEA. We have also developed a Chain of Custody Tracker that is integrated into our process management system.”

All the regulatory work surrounding biofuel chains is influenced by the public debate about the origin of biomass, which suggests that virgin forests are being cleared abroad to be burned in Dutch power plants.

Petrus Postma of consultancy firm &Flux has noticed that this stubborn discussion is putting the energy transition, but also the heat transition in the Netherlands, at a disadvantage: “In the Climate Agreement for greenhouse horticulture in the Netherlands, for example, it was agreed that horticulturalists could receive a subsidy for bioenergy, but they did not dare to use it because of public resistance. Or take the heat networks in Amsterdam. Biomass may not be the best solution in the longer term, but it can help with the first steps towards getting such a heat network into the ground in the short term. The Regional Energy Strategy (RES) of North Holland South however states that there is no confidence in the public domain that imported biomass is sustainable. That is almost laughable! Anyone who does anything with biomass is dismissed as unreliable. At the same time, the demand for biofuels is growing.”

Postma does think that the discussion will shift from the focus on biomass to the broader concept of green carbon. Public support for carbon from fossil fuels is also disappearing, while almost the entire industry relies on it. “So we have to look for other carbon sources. The carbon component of biomass will then become increasingly important anyway. So it is important to be able to show that this carbon comes from renewable sources. That will be quite a challenge for the industry.”

A system that may come in handy in the future is Roots, a business intelligence system developed by the company BioGrowth Development for chain analysis, due diligence assessments and concept development. Managing partner Kristiaan Tetteroo: “With Roots, we show how much carbon is stored and how much is lost in the chain.”

That sounds simpler than it is. Because Roots uses information from the chain as well as data from public sources and calculation models about the growth and composition of crops. “We can calculate back to the plant level how much cellulose, lignin and other substances it contains. We can even show how the plant parts are used: the stemwood, specific contents and residual wood for woodchips.”

Both carbon sinks and CO2 sources can be entered, and sustainability indicators can be set against economic KPIs. In this way, the system helps to weigh up which feedstocks are best used for different industrial processes. Tetteroo: “If you can assess the net balance, you can also see where you can make a profit.”

BioGrowth Development is now working on incorporating certification as well and is investigating the possibility of incorporating a link with the various inspection platforms, which would allow the origin of feedstocks to be better displayed. “Ultimately, we want to move towards a kind of environmental passport in a fully transparent chain.”

Big data can record a lot and make connections, but regaining trust in the public debate requires more than a technocratic solution. The last word has not yet been spoken about the origin of biomass. This was evident from the great interest in the PBE webinars on this subject, both in the Netherlands and overseas.

This article was written in cooperation with the Platform Bioeconomie. 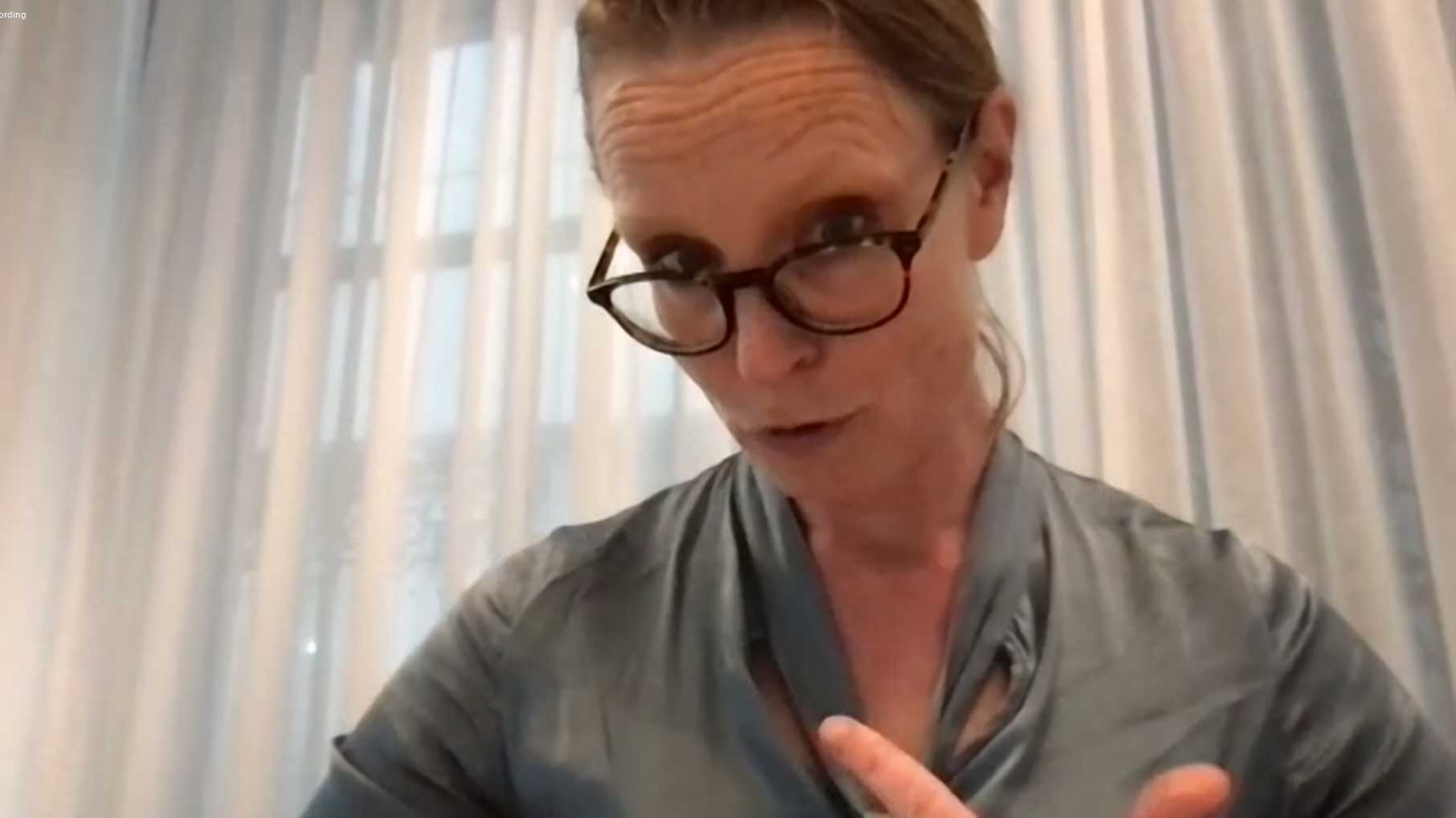 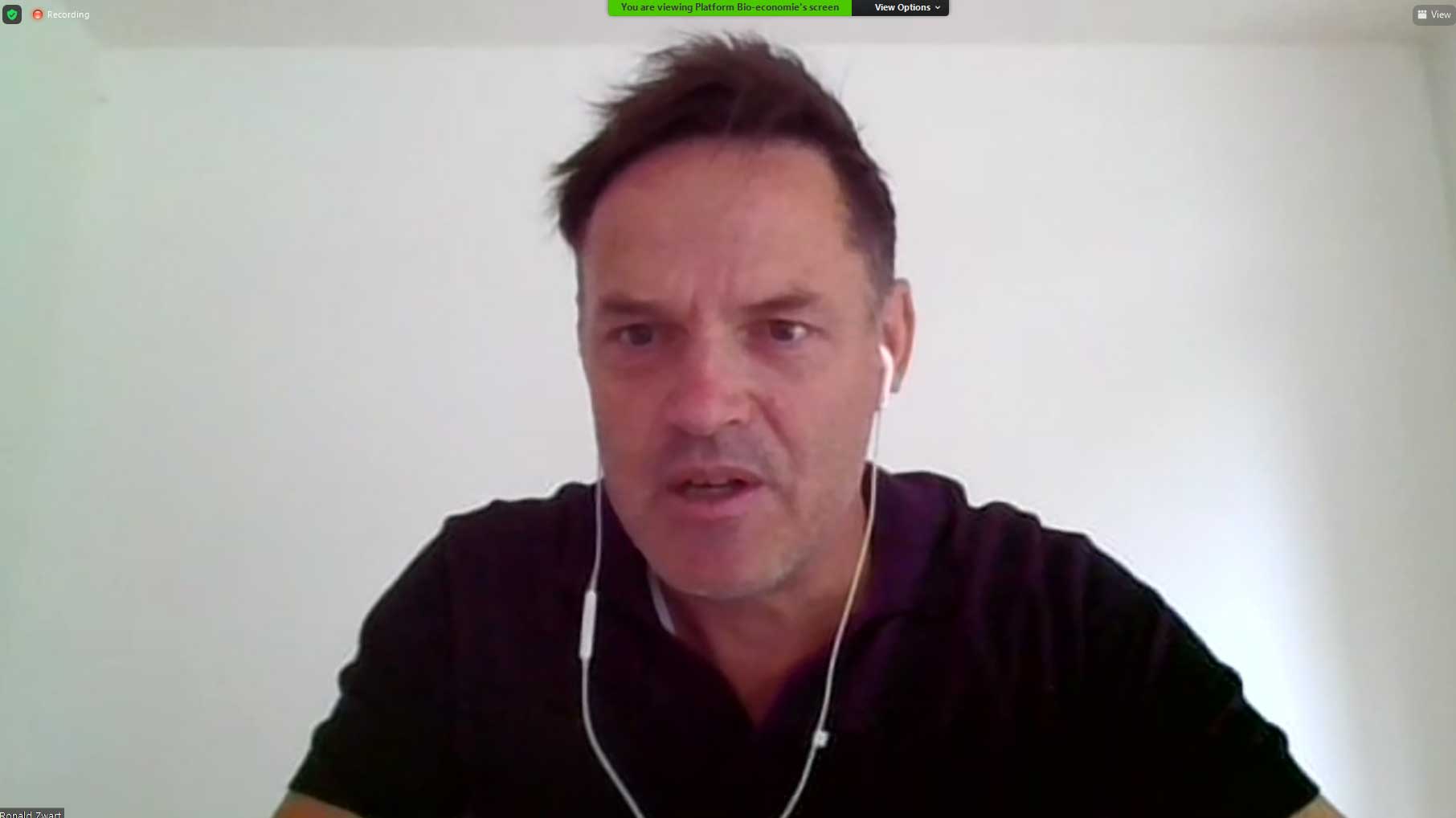 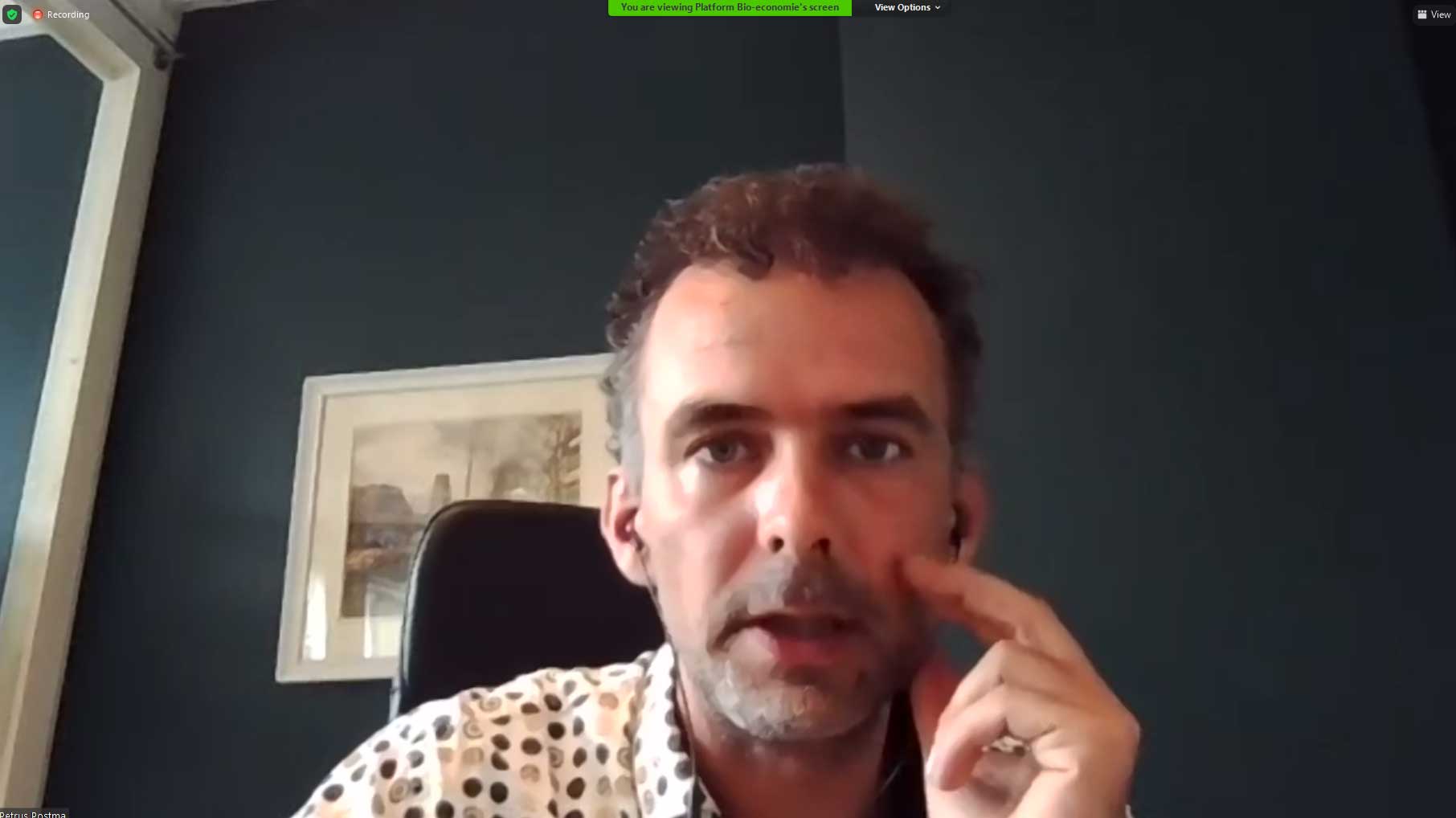 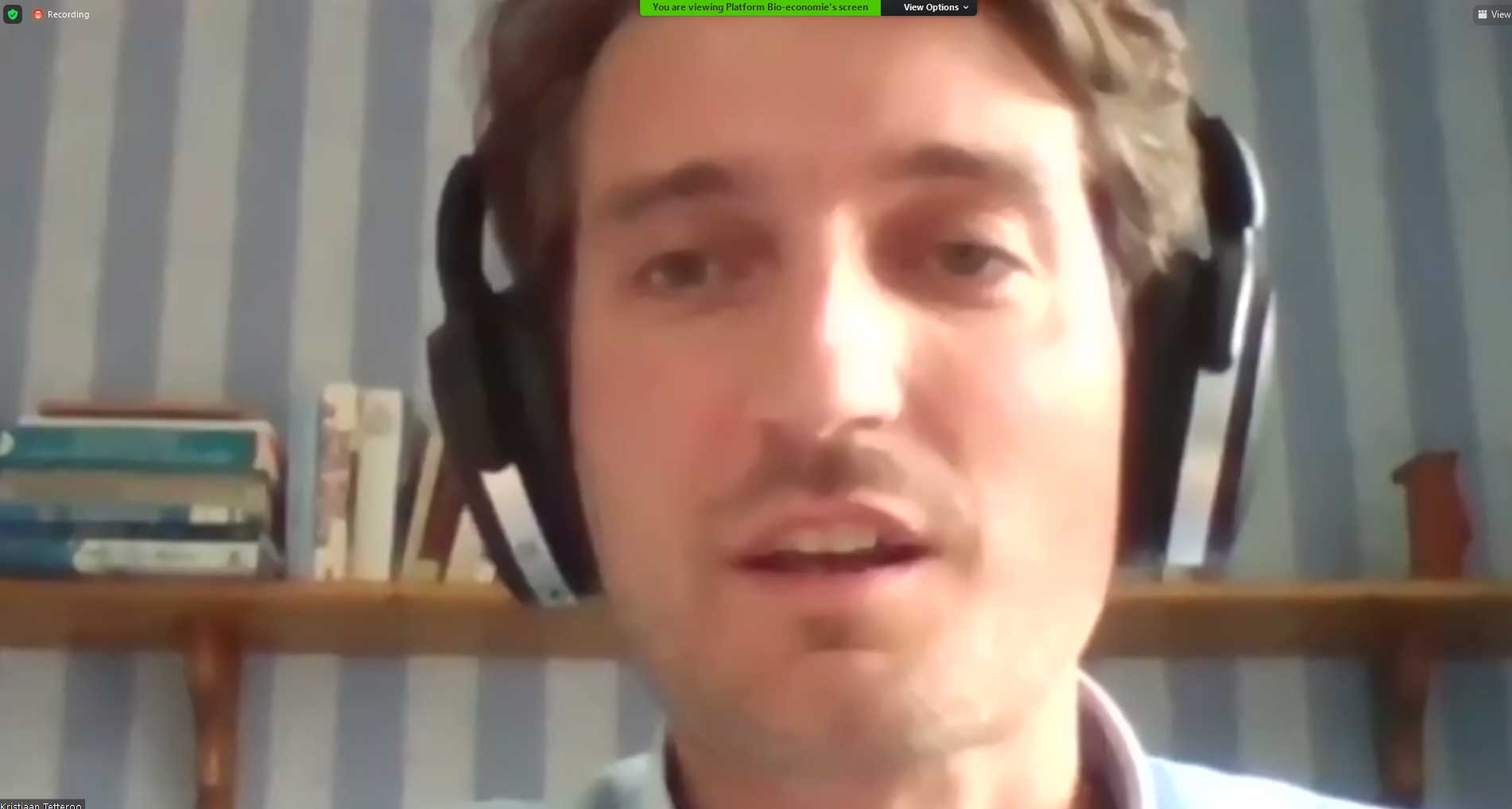 Discussions about the sustainability of woody biomass, which have been taking place in the Netherlands for…

Investing in the Circular Biobased Economy

Many of the current successful projects in the biobased economy were once started by students. Think…

‘Central authority for the use of biofeedstock’