3D and inkjetprinted flow sensors for the process industry

Fish show how to measure flow

No Comments
Read on
In almost 4 billion years of evolution, nature has developed efficient and sustainable solutions for applications that people still struggle with in 2021. Such as the in-situ measurement of fluid flows in a pipeline, mixer or bioreactor vessel. Fish, frogs and seals have perfect biological sensors for this.
Pierre Gielen

Post-doc researcher Shivaram Arunachalam looked to the animal world to develop a new in situ real-time flow sensor, which can be made with a combination of 3D and inkjet printing. This sensor is relatively cheap, works without batteries and can possibly be constructed with renewable materials. He held an online lecture about his research in mid-September.

Flow sensors have been widely used in the process industry for a long time. There are numerous electromechanical (MEM) variants available that use semiconductor electronics. The manufacture of these sensors is time-consuming and expensive, due to the need for clean rooms with dedicated equipment with fault tolerances at nanometre level, but also due to a global shortage of semiconductor chips. In addition, they are not sustainable. Harmful chemicals are generally used in their production.

Fish also have flow sensors, which enable them to swim in flowing water. Of course, they are not dependent on electronics. On both sides of the body they have so-called ‘neuromasts’: sensors consisting of microscopic hairs that generate electrical nerve currents, which the fish uses to feel how the water flows along its body.

“We can replicate this structure to make a flow sensor,” says Arunachalam. “In doing so, a ‘mast’ made of flexible polymer material using 3D printing detects the movement, deforming an inkjet printed strain gauge made of piezoresistive material, which thereby generates electricity depending on the flow.”

These sensors can be produced using a 3D or inkjet printer. This is cost-effective and reduces the prototyping time. However, it requires a particularly precise printer with a step size of only 10 microns. “This is ideal for printing electronics.”

First tests with the new sensor show that it works. However, the research is only in its infancy. A major challenge is preventing oxidation of the metal-based inks under the action of the liquids to be measured. “We are trying to embed the sensor between two transparent layers. Ideally, we should be able to extend the lifetime to at least five years, but we are not that far yet.” Further work is needed on improving the printing technology so that the results are more consistent. Challenges are also the low commercial availability of the inks, the need to print on a completely smooth surface, the fragility of the print heads and the low temperature resistance of flexible substrates. Arunachalam expects these to be made of unconventional materials in the future, like graphene, silver nanowires or carbon nanotubes.

“Ultimately, the aim is to integrate the flow sensor into the system of ball-shaped multisensors (‘motes’) developed by TU/e and Antea Group for use in chemical reactors.” The motes, the size of golf balls, currently already contain an accelerometer, a gyroscope and a magnetometer. The flow sensor would be a welcome addition. “We hope to have a working prototype by mid-2022.”

This article was written in cooperation with Hanze University of Applied Sciences Groningen. 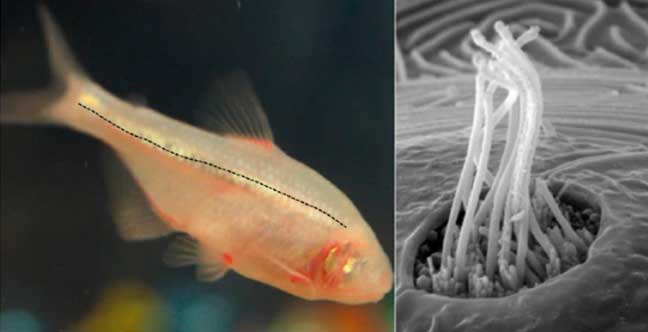 Microscopic image of a neuromast 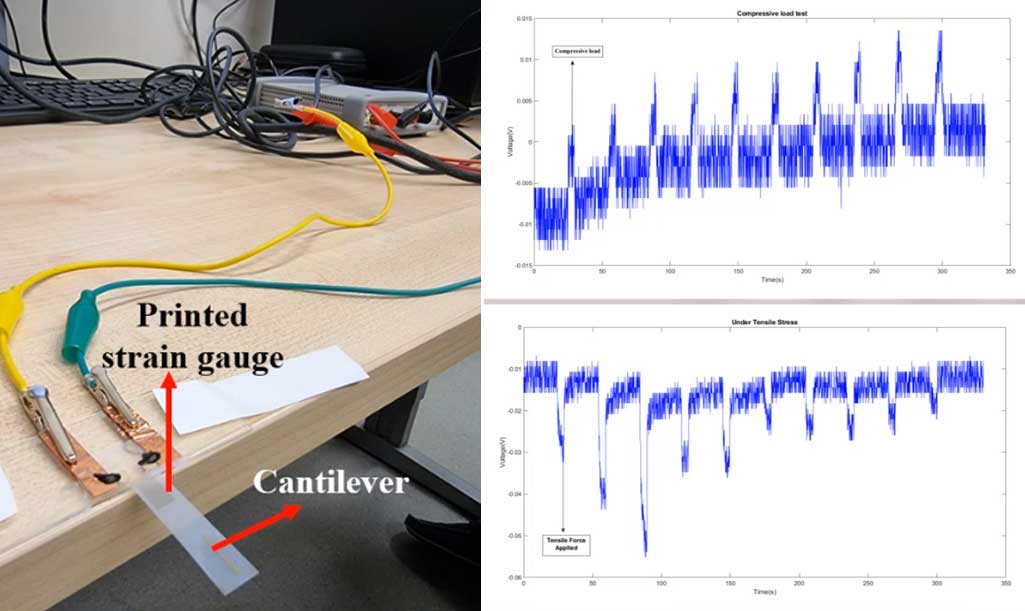 Prototype of the new flow sensor and measurement results

Shivaram Arunachalam is a member of the research group of Heinrich Wörtche, who is a lecturer in Sensors and Smart Systems at the Research Centre Biobased Economy (RCBBE) of Hanze UAS. The group conducts research into sensors in process technology. These are used to monitor factors such as flow profiles, velocities and fluid viscosities in pipelines and chemical reactors, in addition to pressure and stress distribution. See also: Smart golf balls measure the reactor process form the inside.

Making an impact with bio-based democases

Smart golf balls measure the reactor process from the inside out

3D printing with PLA can become more precise and stronger

3D printing sounds like the perfect technology to produce complex objects as tailored single units; from…

SPRONG consortium on Sustainability of the chemical industry takes off