BBI, BIC and EC study the participation of primary sectors

No Comments
Read on
The bio-economy starts on the fields. That is where the agricultural biomass originates. Active participation of the primary sectors in projects of the Bio-based Industries Joint Undertaking (BBI JU) should therefore be obvious. Yet it is by no means self-evident everywhere, as research that BBI JU carried out last year shows.
Pierre Gielen

The study aims to increase and consolidate the participation of the European primary agricultural sectors in the biobased sector and its value chains. In this way, it should be possible to maximize the positive impact of the BBI JU on rural development. Indeed, more than half of the BBI JU projects between 2014 and 2017 used agricultural biomass as feedstock. However, for the majority, agricultural producers were only engaged as subcontractors and not as full partners. They were involved on a contract basis or received compensation for their contributions.

That should improve, thinks Nelo Emerencia, program director of the Bio-based Industries Consortium (BIC). “We want the primary sectors to become fully-fledged strategic partners in the biobased value chains, not just suppliers of feedstock to industry. That is why we want to involve these sectors more. This works both ways: it provides industry with more knowledge of agriculture, forestry and fisheries, but it also shows the primary producers the benefits of the added value that the biobased industry brings about.”

According to Emerencia, this collaboration can strengthen agricultural chains throughout Europe. “Ultimately, this means that the biobased industry will cooperate with the food chain. That’s a big change from a few years ago. At that time, the biobased industry kept itself at a distance from the food chain, because it could give the impression that we are taking food from the mouths of people to produce materials or chemicals.”

The food versus feedstock discussion is still sensitive. “But by working together more, we can make the food chain more efficient and competitive. By utilizing the residual or waste flows and upgrading them, the chain eventually becomes economically stronger. And by helping to recycle nutrients and carbon to the soil, we can also contribute to healthy soil. All these things assume that we are interacting with actors in the food chain and are not keeping ourselves at a distance.”

Involving the primary sectors in biobased circular value chains does require a high degree of organization. Within Europe there are large differences in this respect between sectors, such as forestry and agriculture, but also between regions, such as Western and Eastern Europe. Emerencia: “This may be caused by differences in the regulatory support and the application of new technologies. In the Netherlands for example, supportive regulations have led to a highly organized agricultural sector, with a high degree of technological applications in its activities. This is often less the case in countries in Central and Eastern Europe where high-tech applications in farming are not widely used.”

Farmers in regions with a lower level of innovation often have little affinity with biobased activities. Gradually, however, farmers there also seem to realize that there are enormous opportunities for progress, by participating in biobased projects. “We encourage this through our Strategic Outreach program, which has been running for several years. We analyse the potential for biobased activities of countries where these activities are currently low: what are the economic drivers? Do they have an agricultural sector, forestry, a marine and aquatic sector? Do they have industries that can make use of (bio)waste flows?”

“Secondly, we map the industrial side streams and ‘waste’ or residual flows from industry and municipalities in that country and their current destination. For example, countries such as Poland, Romania have significant agricultural sectors, that also yields large quantities of agricultural residual flows. These could be very interesting feedstocks for the biobased industry. However, today these streams find little value and are mostly dumped or incinerated. We show in our country reports some examples of successful projects that make use of similar biomass feedstock to make valuable products. These examples serve to motivate local actors to set up or expand local biobased activities to benefit from the available feedstock. We also offer our European networks to assist in this process and connect to the European biobased industry. Expanding biobased activities towards industrial levels can deliver more jobs, more income, more security and a major positive social and environmental impact. Representatives of the local and regional agriculture and other primary sectors, biotechnological, chemical and other industries, academia and governments usually accept our reports in a positive and constructive manner.”

BIC primarily motivates the industry to increasingly use biobased feedstock in their existing operation, or to set up a new biobased sector together with the agro, forest or marine/aquatic sector. To achieve this, first of all, industry, academics and legislators are brought together, with industry in a leading role. From agriculture itself there is usually little insight into alternative routes to value creation; farmers do not recognise the possibilities to convert agricultural side streams into high-quality materials for use in market sectors such as automotive, construction and even cosmetics and medical.

Education could also play a prominent role in increasing awareness of the potential and benefits of biobased applications in our daily lives. “That is why we set up the BIC Education Team two years ago. Its prime objective is to ensure that educational institutions deliver graduates with the adequate skills to meet the biobased industry’s needs. But additionally, it will also strive to include biobased economy and sustainability in mainstream education, starting from primary school. This will benefit society as a whole.”

“The biobased industry also needs to increase and enhance its communication regarding sustainability and on decreasing the dependency on fossil-based resources through the innovative use of biomass feedstock. Using available biomass feedstock to make added-value products, in particular side and residual streams that today find low value, will strengthen a country’s economy, improve its competitiveness and lower its dependency on fossil-based resources. In doing so, we add value to the economy and the society, we protect the environment better and we mitigate climate change. Education needs to play a key role in these developments, otherwise we will be fighting an uphill battle.”

In short, involving the primary sectors in the biobased industry is relevant because it will help them make progress in modernizing their operations as needed, increasing efficiencies in all operational steps and protecting the environment. And by participating as partners in the biobased industry, they will also enjoy the benefits of adding value to their feedstocks. It is clearly not about just supplying feedstocks to the biobased industry, but about collectively adding value and bringing benefits to the local communities. Partnering in bio-based operations provides benefits for the people on the spot. And thereby also adds value to the entire European network. It is also the starting point of the joint industry Vision for a circular bio society in 2050, which we have written as the Bio-based Industries Consortium, together with other organizations, including all European organizations representing the primary sectors. They agree with and support this vision.”

This article was created in collaboration with the Bio-based Industries Consortium (BIC).

Farmers were only involved as a partner in 17 of the 75 BBI JU projects between 2014 and 2017, according to the recent BBI-study on primary sector participation. Only in three of these projects did an agricultural producer take the helm. How is that possible?

The study shows that they have little expectations of their own influence on the design or decisions within a project. The biobased industry is new to farmers and is perceived as risky. The working method of BBI JU is also still relatively unknown. They are therefore sceptical about the promise that projects in this area will create new jobs in the countryside.

On the other hand, two out of three project coordinators of BBI JU projects expect their project to generate skilled jobs in rural areas and to contribute to the growth of the income of primary producers.

The study was conducted between April and August 2019. First-hand views of relevant actors were collected through various methods: surveys, in-depth interviews, a focus group meeting with bio economy experts across Europe and interaction with relevant EU networks and related initiatives.

Read the full study on the BBI JU website. 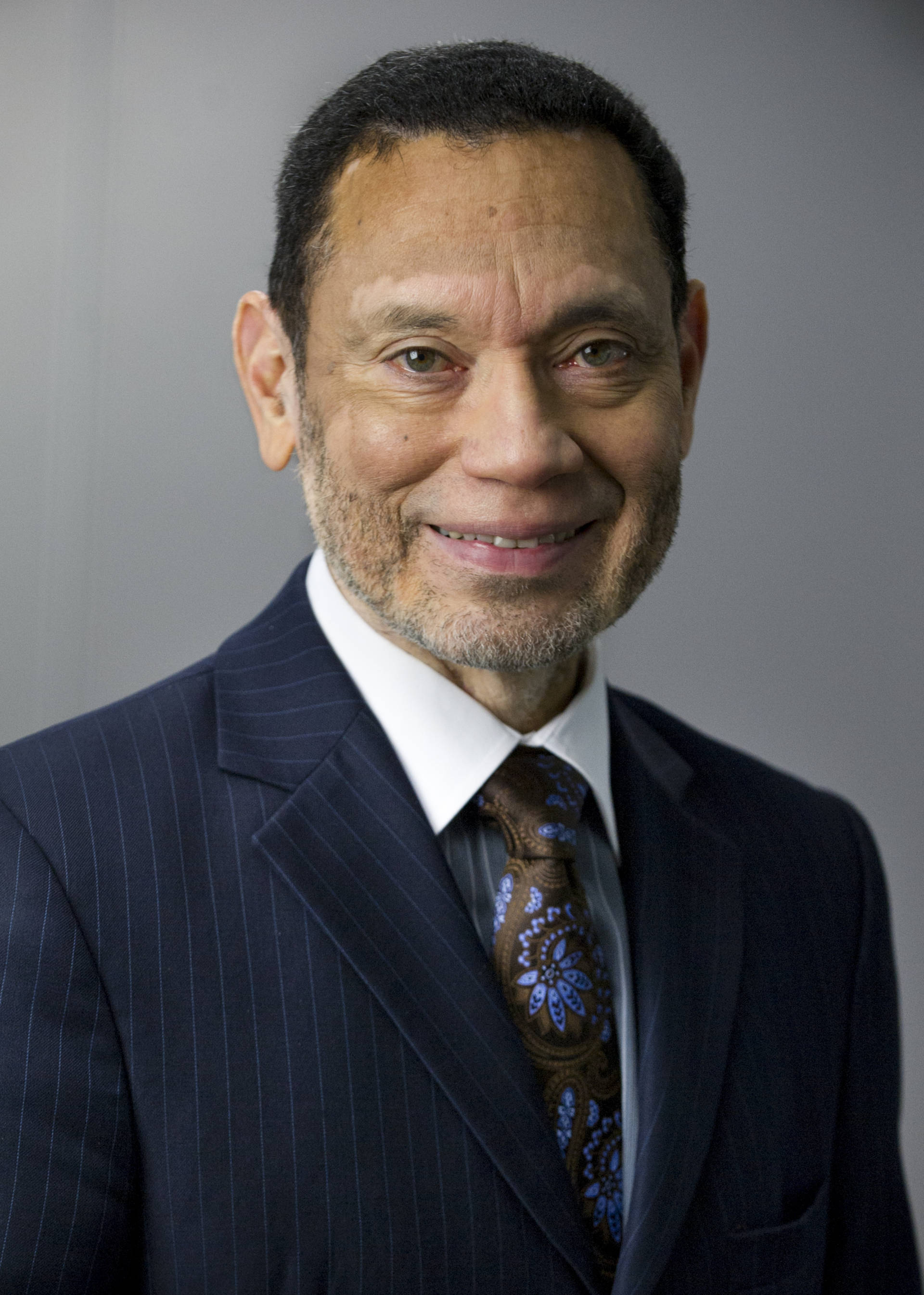 ‘In the circular bio-society, informed citizens choose more sustainable means to live and acknowledge and benefit…

The circular bioeconomy in Europe is bigger than we think, says Alain Dufait, managing director of…