“The most sustainable biomass comes from the sea”

No Comments
Read on
The world's oceans, rivers and lakes are a promising renewable source of biomass. Fish and shellfish are just the tip of the iceberg. Algae and microalgae in particular, found in natural waters or cultivated on shore, contain large amounts of proteins, fatty acids and pigments. Yet they often remain underused. How can marine and aquatic biomass contribute to a healthy bio-based industry? BIC recently organised a webinar for members about it.
Pierre Gielen

Marine and aquatic biomass is the most sustainable biomass you can find,” says Nuno Coelho, CEO and Chairman of the Board of the Portuguese company and BIC member Algae For Future (A4F). “First of all, it does not require arable land. There is no competition with food crops and therefore no discussion about food versus fuel crops and the like. A second advantage is that aquatic biomass requires relatively little fresh water. Some algae can be grown in seawater. And of the water we use for land-based microalgae cultivation, for example, around 90 percent is recyclable.”

On top of that, algae are super efficient. They can provide around 50 percent more protein per square metre than soya and consume large amounts of CO2 in the process. “This makes it advantageous to locate algae cultivation next to, for example, a cement factory or chemical industry, which can capture the CO2 from their production processes and supply it to the farm. Doing photosynthesis, algae emit oxygen and thus contribute to cleaner air and a reduction in greenhouse gas emissions. In fact, ocean microalgae are responsible for more than half of all the atmospheric oxygen recycling on earth.”

The market demand for this type of biomass is growing steadily. “People are now aware of the impact of climate change and the need to capture and sequester CO2. It is easy to demonstrate marine and aquatic biomass can make a significant contribution to this today,” says Coelho.

Algae are simple to cultivate. They grow naturally in water. However, industrial production, harvesting and processing require technology. Harvesting is a matter of centrifuging or filtering. The various components in the biomass can then be separated in a biorefinery. They have a wide range of potential applications: from cosmetics and nutraceuticals, to food, feed, bioplastics and biofuels.

“We are only at the beginning of the use of aquatic biomass,” says Jean-Paul Cadoret, president of the European Algae Biomass Association (EABA). “The sea offers an enormously diverse biology that is relatively untapped, both for commodities and functional applications. For example, large algae and seaweeds are used for carrageenan, alginate, and agar agar in the food industry. New natural dyes are developed that include alginate or algal polysaccharides. Moreover, algae are very useful in functional foods. Oil from algae, for example, is fantastic because of its high content of polyunsaturated fatty acids. Normally we get these by eating fish, but these in turn get them by eating algae. All the fatty acids we need in the human diet could also be obtained directly from cultivated algae. This would be much more efficient and therefore more sustainable than depleting the sea. The market for fish oil is about 1 million tonnes a year, while 6-7 million tonnes of fishmeal a year are needed just to feed farmed salmon. It would be much more sustainable to directly feed them fishmeal from algae.”

Technology is not a challenge in the algae industry, but economic feasibility is. This applies to cultivation both at sea and on land. Locations at sea are not easy to come by in Europe because of competition with other activities such as fishing, shipping, tourism, nature conservation and energy generation. On the other hand, the cultivation of microalgae on shore can take place on marginal land: places where no normal agricultural crops grow. However, even on this land, there can be bottlenecks – such as the lack of necessary capital investment, high operating costs, energy consumption and the need to build infrastructure.

“We need to scale up for the price to come down,” argues Nuno Coelho. “Currently, A4F is developing the largest microalgae biorefinery in Europe on behalf of a customer in Portugal. It will be able to process 270 tonnes of dry weight biomass per year. In industrial terms, however, that is relatively small. We will have to multiply production by a factor of 10 or 100 in order to produce enough to bring the price down sufficiently for commodity markets.”

According to Jean-Paul Cadoret, competing with commodities that compete only on price is not the best solution. “We have to be selective, using algae for functional applications where they add value, instead of competing with soya cultivation or palm oil. We must avoid falling into the same old trap; just because they are a little cheaper, humans are exterminating themselves by using fossil fuels instead of renewables. Large-scale farming on land and the introduction of global catch quotas are the only solution.”

As long as there is fishing, it is also important to strive for the full value of the catch. Not only fillets have value; bones, heads, fins, blood, guts and intestines can also be industrially processed. This certainly offers opportunities in a country like Norway, where the fishing and aquaculture industry produces around one million metric tons of residual streams annually, of which almost one fifth are not yet used. Developing products for these streams is the work of Runar Solstad, researcher at the Norwegian institute Nofima, which is also a BIC Associate Member.

“It may not sound very appetising, but you can actually extract valuable substances from the residual streams of the fishing and aquaculture industry, like feedstock for industry, animal feed or even food and nutraceuticals for human consumption,” he says. “In the past we have extracted Omega3 from fish oil and produced a flavouring from the hydrolysed intestines of snow crab. This made it possible to give dishes the taste of crab without actually using crab meat. I also worked a lot with salmon blood from the aquacultural industry, from which we made an iron-rich food supplement for consumers.”

Marketing such products is not easy. “There is a struggle, because it really doesn’t sound appetising and we have to deal with a whole range of fish flavours that people don’t want. As a result, much of this biomass still ends up in animal feed.”

Another challenge is the amount of research needed to create a product from these residual flows. The so-called ‘novel foods’ regulations are complex and lead to a lengthy approval process to get products recognised as food, which entails commercial risks. “The business case is not always conclusive. Furthermore, there is a difference between aiming for a highly specialised high-value product, which usually requires only a fraction of the residual stream, and looking for a solution for adding value to the entire residual stream. After all, commercial success is only one of the objectives in valorising waste streams. It is also about fully valorising a waste stream and thus contributing to the circular economy.”

This article was produced in collaboration with the Bio-based industries Consortium.

This 3-year project will accelerate the scale-up of a regenerative, resilient, fair and climate friendly algae industry in Europe, and bring more novel algae species to the EU market.

The platform will be a unique space for collaboration among European algae stakeholders including algae farmers, producers, sellers, consumers, technology developers as well as business-support organisations, investors, public authorities, academia, researchers and NGOs. It will also act as a single information hub on algae funding calls, projects, business-related information, intelligence and best practices. The collaboration platform will be online by the summer 2022.

For more information, see the website of the European Commission. 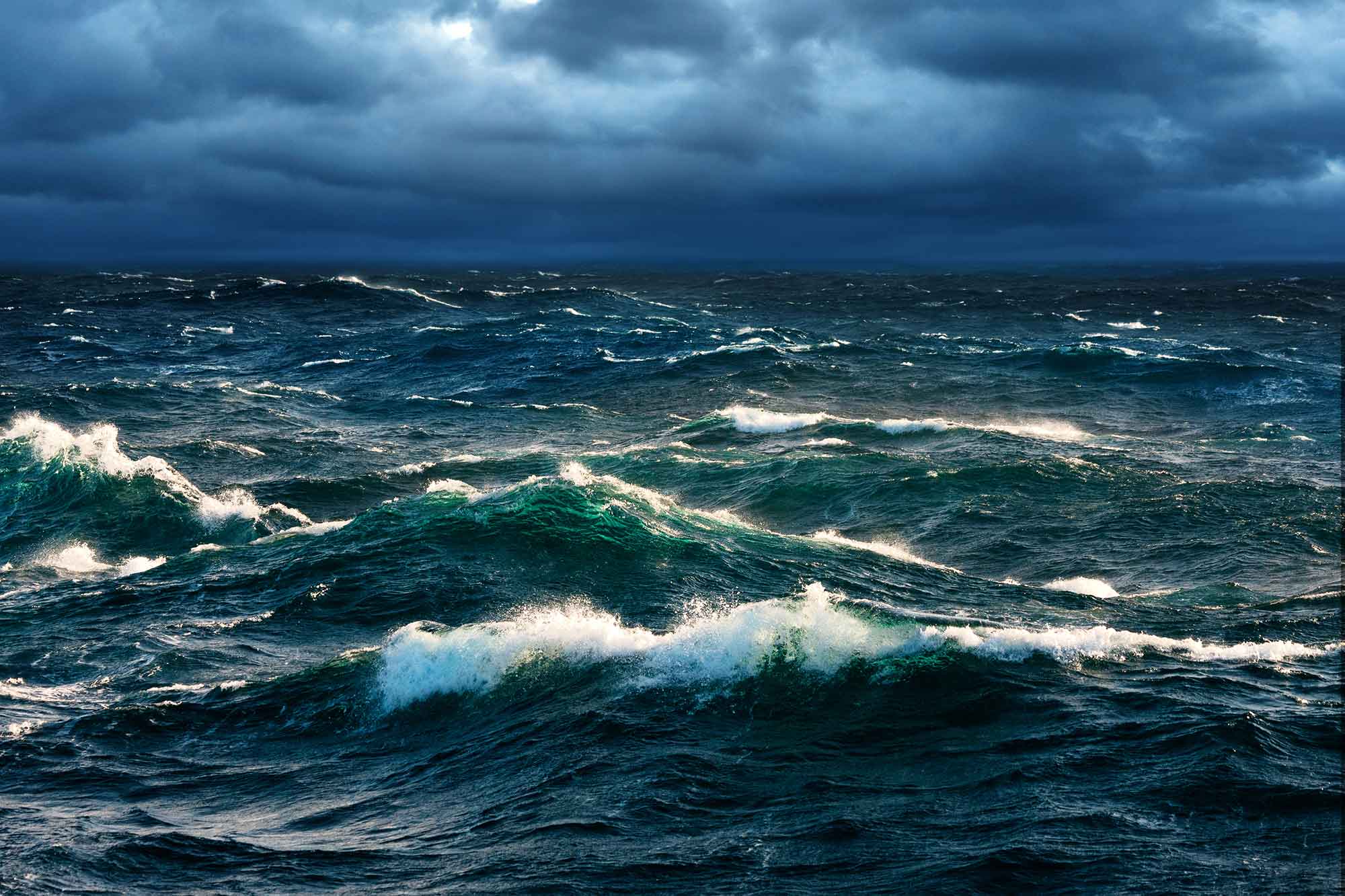 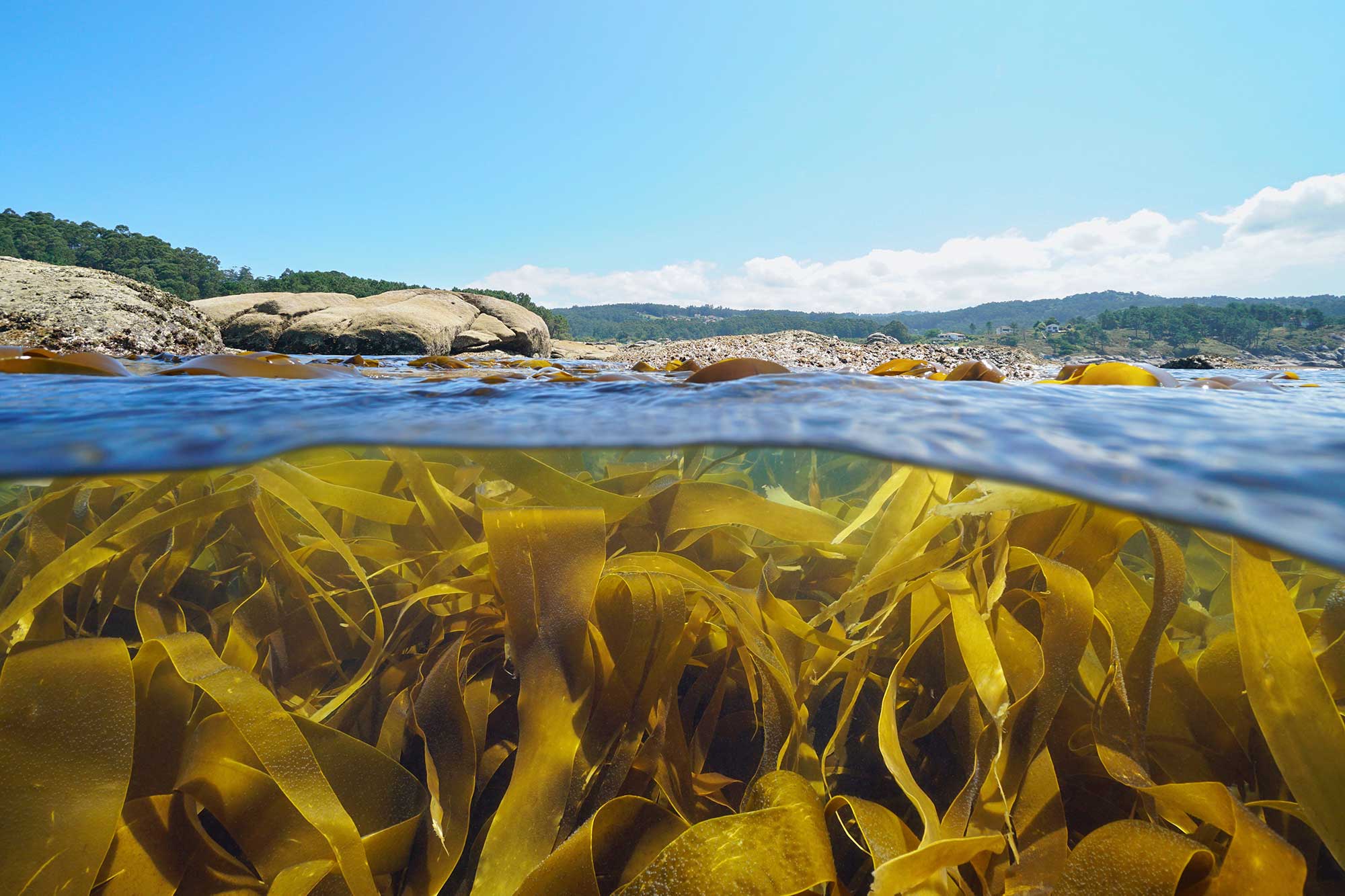 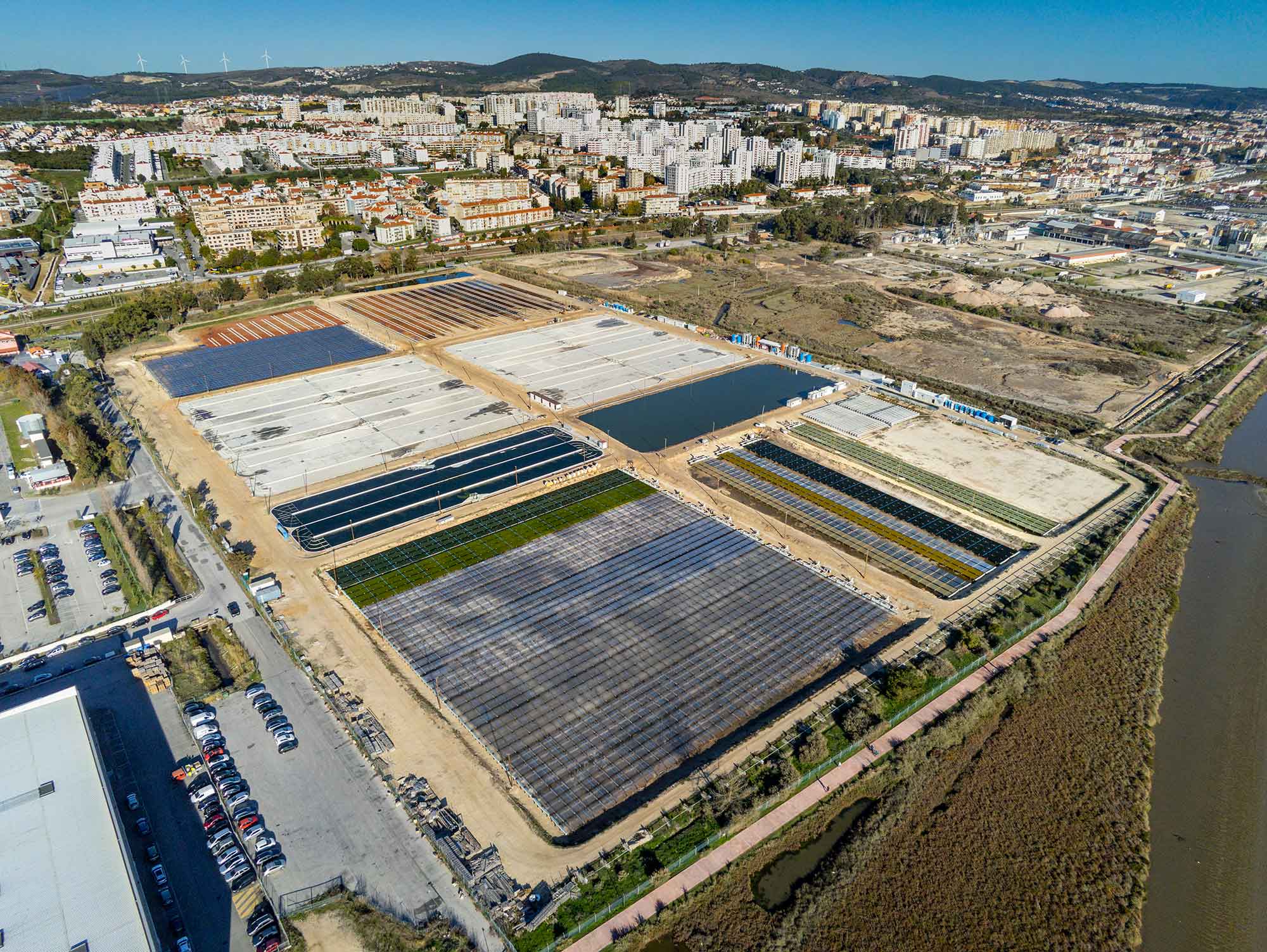 On shore cultivation of microalgae in Portugal (Algatec) 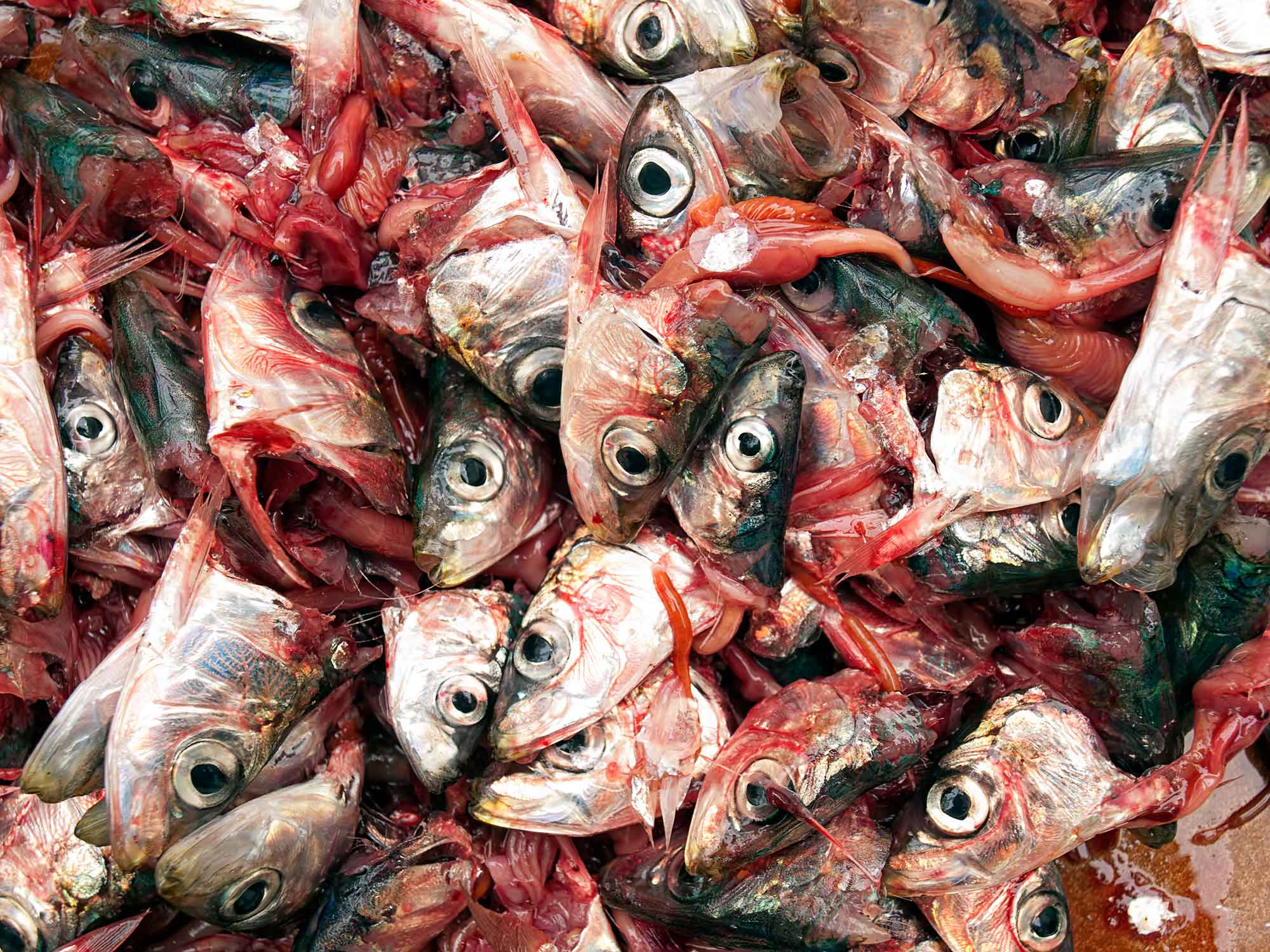 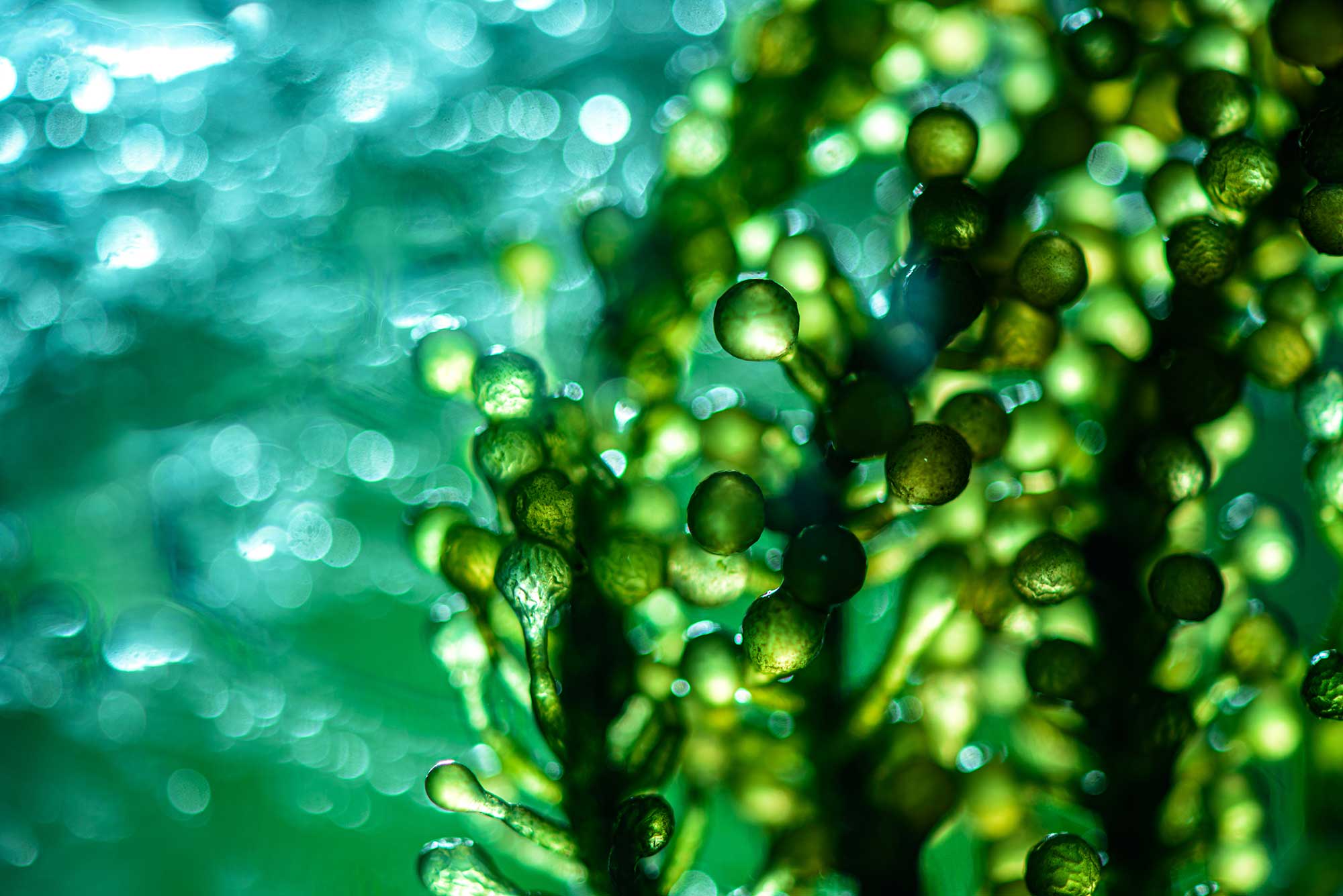 The webinar in this article is the first in a series on marine and aquatic biomass. These webinars are open to members of BIC. If you want to know more about this and other member benefits, check out BIC's website and sign up.

When the Bio-based Industries Consortium was launched in 2012, marine and aquatic biomass was barely discussed.…

Limburg and the surrounding border regions have plenty of agricultural land at their disposal. Potentially the…