No Comments
Read on
Limburg and the surrounding border regions have plenty of agricultural land at their disposal. Potentially the residual waste streams contain unprecedented and valuable raw materials and products. In the by Europe/Interreg together with regional co-financers subsidised project BIVAC (www.bivac.eu) seven parties are jointly investigating the feasibility of processing these residual streams. Project coordinator Phytowelt is setting out the strategic lines with the help of the BioTreatCenter and CLIB2021.
Marjolein Roggen

Leeks, onions, white cabbage, tomatoes and grass. These are just a few of the agricultural products in Limburg and the surrounding area, whose residual streams contain proteins, sugars and cellulose. “When you leave them on the land you’re wasting these valuable raw materials,” says Dirk Wascher of Phytowelt. “That’s something farmers are not really considering yet.” The same applies to the residual streams remaining after vegetables have been canned.

What’s in it and what can you do with it? Can raw materials be recovered in such a way as to roll out an attractive business model? This was the thought behind seven parties from Limburg, Brabant, North-Rhine Westphalia and the Lower Rhine region taking the initiative for the Interreg project BIVAC. They began at the start of 2018 after a preparatory period. Each party contributes its own expertise and business interests. For example, NewFoss has experience with cellulose from woody biomass, but its stock in the region is limited. Meanwhile at Grassa! the focus is on protein from grass for cattle feed, but the company also wants to be able to use its machines for harder biomass.

What unites them is the desire to extract as many raw materials as possible from one and the same biomass stream, i.e. cellulose, proteins and sugars. But not all residual streams are equally suitable, warns Wascher. “If you want to ferment biomass into glucose it must contain at least 45% sugar. And you must be able to actually extract that from it, through advanced pre-processing.” If that’s successful, then for example you can produce the colouring and flavouring agent astaxanthin. Yield: €700 to €2,000 per kilo. But it sometimes contains toxic substances too, making the residual stream less attractive. This is what Hochschule Rhein-Waal is investigating.

The project investigates what regional waste streams there are, and which are the most lucrative. For the moment there are trials with small quantities of a kilo or two, which are processed and analysed in the laboratory. So far 15-20 biomass streams have been tested. Phytowelt and BTC in Venlo are literally focusing on farmers. They are bringing together the chain’s suppliers and customers. The next important step is a study into the availability of, and logistical options for, existing biomass streams in the cross-border area between Germany and the Netherlands. Wascher expects to start scaling up 2-3 biomass streams in 2021-2022.

This article was written in cooperation with BIVAC.
Image: BIVAC 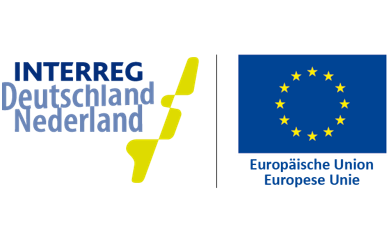 Smart golf balls measure the reactor process from the inside out

Marjolein Roggen is an experienced technical journalist in energy, chemistry and industry. It is her strength to translate complex subjects into appealing articles.

Naphtha cracker links petrochemicals with the agricultural and waste sectors

It’s the link between sectors that worked separately until recently, which is seriously helping the bio-based…