HAN BioCentre celebrates the power of the combination

No Comments
Read on
Sixteen years after its establishment, the fifteenth anniversary of HAN BioCentre could finally be celebrated in Nijmegen. This took place with a symposium that showed the versatility of this Centre of Expertise of the University of Applied Sciences Arnhem-Nijmegen (HAN).
Pierre Gielen

The BioCentre was launched in 2006 with Guido Matthee as its first director. “When I was still a lecturer, I noticed that students who returned from work placements suddenly became enthusiastic and showed more interest in their subject. That gave me the idea to introduce the practice at a much earlier stage in their studies,” he says. “I had this in mind when lecturer Christien Lokman approached me with the request to build a laboratory for the new master’s programme in Molecular Life Sciences where we could carry out research for the regional business community. Thanks to a grant from the European Regional Development Fund (ERDF), we were able to realise this.”

“We started with four people,” says Christien Lokman: “One technician, one scientist in the field of fermentation technology, one director and me as lecturer in Molecular Biology. The first hurdle we had to take was to interest companies in our expertise. That proved to be quite difficult. The response often was: ‘we already have that in-house’. That has changed over the years. Companies know what we can do for them and what facilities we can share. What’s more, they have difficulty finding expert staff themselves and the pace of innovation is so fast that support from HAN BioCentre is welcome.”

Harmen Neidig, director of the Academy of Applied Biosciences and Chemistry of HAN, lists some of the current activities that show the diversity of the current HAN BioCentre: “Research in the field of enzymes and microbial components, heterologous protein production, microbial production of oil, key technologies in the field of data and of course drug discovery. The expertise centre is running well and growing”.

The lab now employs 16 people, including support staff and teacher-researchers. Together with students, they work on practice-based research for companies in the field of applied life sciences and chemistry.

The strength of HAN BioCentre lies mainly in the combination of several expertises, says Richèle Wind, associate lecturer and coordinator of the Centre of Expertise. “Our basis is still that we are strong in biotechnology, in fermentation. Biomedicine and data science have been added, making us increasingly multidisciplinary. A growing development is working with fungi for alternative protein production. We are also focusing on advanced screening systems. And we now have an expert on board in working with artificially cultured mini-organs, organoids.”

Joint research with industry remains important. Wind: “Our minor students work together with companies in various SIA-Raak subsidised projects. Third-year students are involved in contract research. And we want to further strengthen the ties with companies in our research programmes, so that we can continue to count on each other in the future. Both the companies and the students benefit from this.”

This is also the reason why we are now working on the creation of hybrid learning environments: locations between school and company, where students can learn and become acquainted with new developments. One such location was recently opened at Pivot Park in Oss, in the field of drug discovery. There are also plans to establish offices in the Connectr building at Arnhem’s Kleefse Waard industrial park and at the Noviotech Campus in Nijmegen, in the field of biobased research and data science.

Jan Wery, CTO of Photanol, has many years of experience in working with HAN BioCentre in the field of industrial biotechnology. Also during his previous position as technical leader Biobased Innovations at Corbion. In his keynote speech, he highlighted the advantages of industrial biotechnology for the production of chemicals compared to more traditional chemical catalysis.

“A major advantage of biotechnological processes is that they often take place under mild conditions,” he says. “Energy consumption is relatively low and yields can be high, partly because few undesirable by-products are generated. The feedstock or substrate does not have to be extremely pure for an efficient and selective conversion to product. It is also easier to produce complex molecules with bioproduction than via the chemo-catalytic routes.”

At Corbion, Wery worked on the production of FDCA from sugar. FDCA is a biobased building block for the production of PEF (a biobased substitute for the fossil PET). At Photanol, the focus is on the production of circular chemicals from CO2 using cyanobacteria and sunlight. Through modern molecular biology and metabolic engineering, these organisms can be adapted to convert the CO2 and generated energy not entirely into growth, but into the desired chemicals. For example, it is possible to produce lactic acid, an ingredient for the bioplastic PLA, directly from CO2 and not from sugar as is currently the case. In this way, the whole cultivation, harvesting and processing of sugar beet or sugar cane into sugar for the production of lactic acid can be skipped. This production method thus uses no farmland or food crops and much less water and is therefore very sustainable.

“The conclusion is that industrial biotechnology offers great opportunities for converting cheap feedstocks into high value-added products without using fossil resources. It is important, however, that you enter into partnerships at an early stage in order to overcome obstacles in the value chain,” reports Wery.

As in the chemical industry, there are plenty of opportunities for natural substances in the medical world as well. Renger Witkamp, Professor of Nutrition and Pharmacology at Wageningen University & Research, made a case for this in his keynote speech. Many of the world’s most widely used medicines originate from plants, such as opium from poppies, atropine from wolf’s cress, acetylsalicylic acid (Aspirin) from willow bark, or metformin from Galega or Goat’s rue.

Today, however, plant medicine must compete with chemical synthesis. “The modern pharmaceutical industry is able to synthesise very many different substances and to build up a huge library of chemical compounds at lightning speed. By means of ‘high throughput screening’ using computer models, it is possible to predict whether these have bioactive properties. This is followed by a selection process in which the effect is tested in vitro. But the effect in a human body is different from the effect in a test tube. The bottom line is that this is a simple hit-and-miss system, which ultimately allows very few substances to reach the market.

Molecules from plants are much more likely to have a bioactive effect, according to Witkamp. “They have evolved in interaction with humans and other life forms. These substances fit into biological systems and we are able to metabolise them. That is why they are and remain interesting for pharmacology, nutrition and physiology. However, instead of high throughput, we should be looking at high content screening, with biologically based systems that do justice to natural substances. Think of the research with c.elegans worms as carried out in HAN BioCentre, combined with artificial intelligence (AI).”

So a multidisciplinary approach is needed. “But it is a race against time. We have to deal with deforestation and climate change. Traditional knowledge about the medicinal effects of plants is disappearing fast and our biodiversity is declining rapidly. Discovering new single substances from plants is becoming less and less likely. The low-hanging fruit has already been picked.”

In order to cover the activities of HAN BioCentre in detail and close-up, no less than nine presentations were scheduled in three parallel sessions during the afternoon:

There was also an opportunity to visit the new laboratories. For more information about HAN BioCentre, visit the website.

This article was produced in collaboration with HAN BioCentre.

'Regieorgaan SIA' (part of the Netherlands Organization for Scientific Research, NWO) invests in practice-oriented research by universities of applied sciences. Various subsidy schemes are available, including for research in collaboration with SMEs (RAAK-mkb) or the public sector (RAAK-public). For all regulations, visit the website of Regieorgaan SIA. 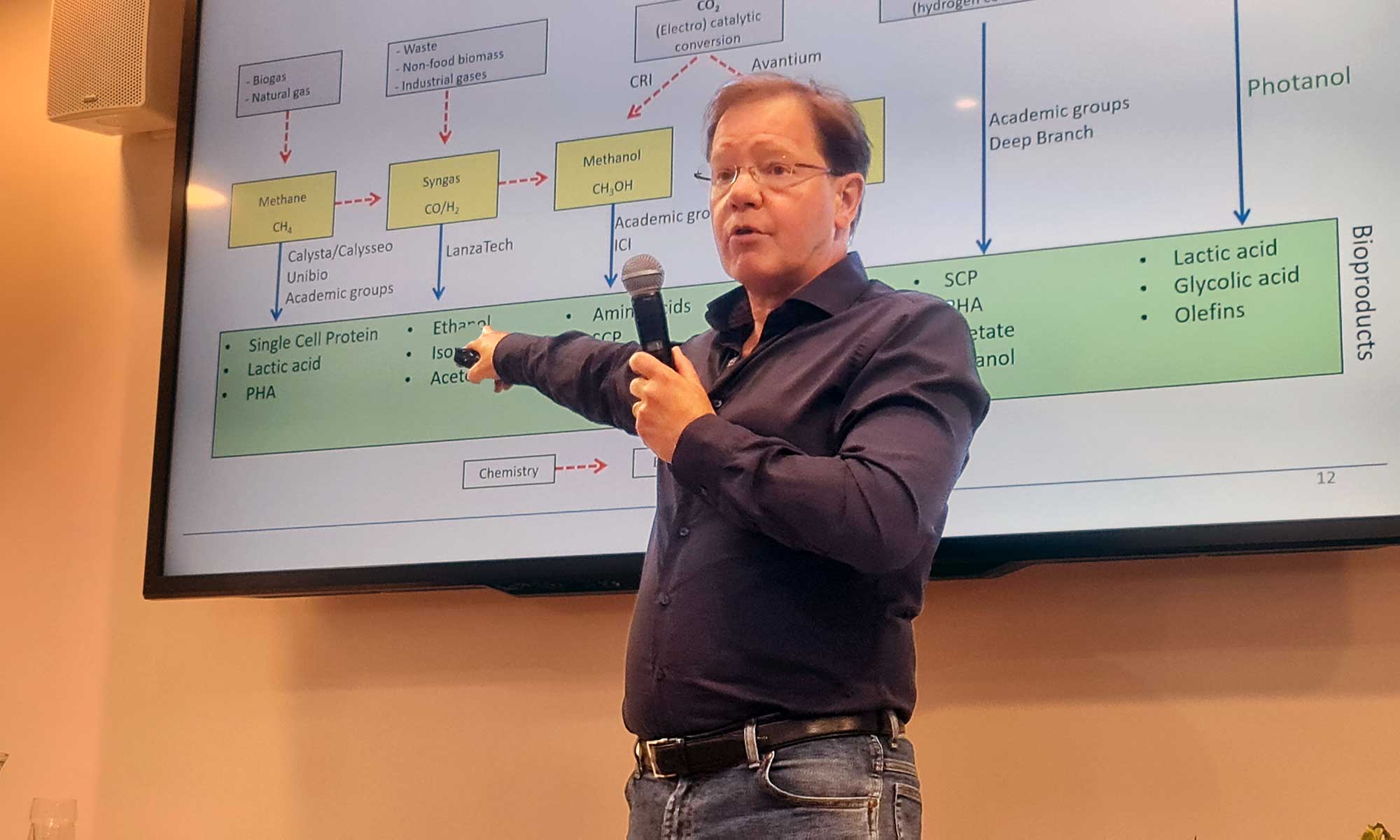 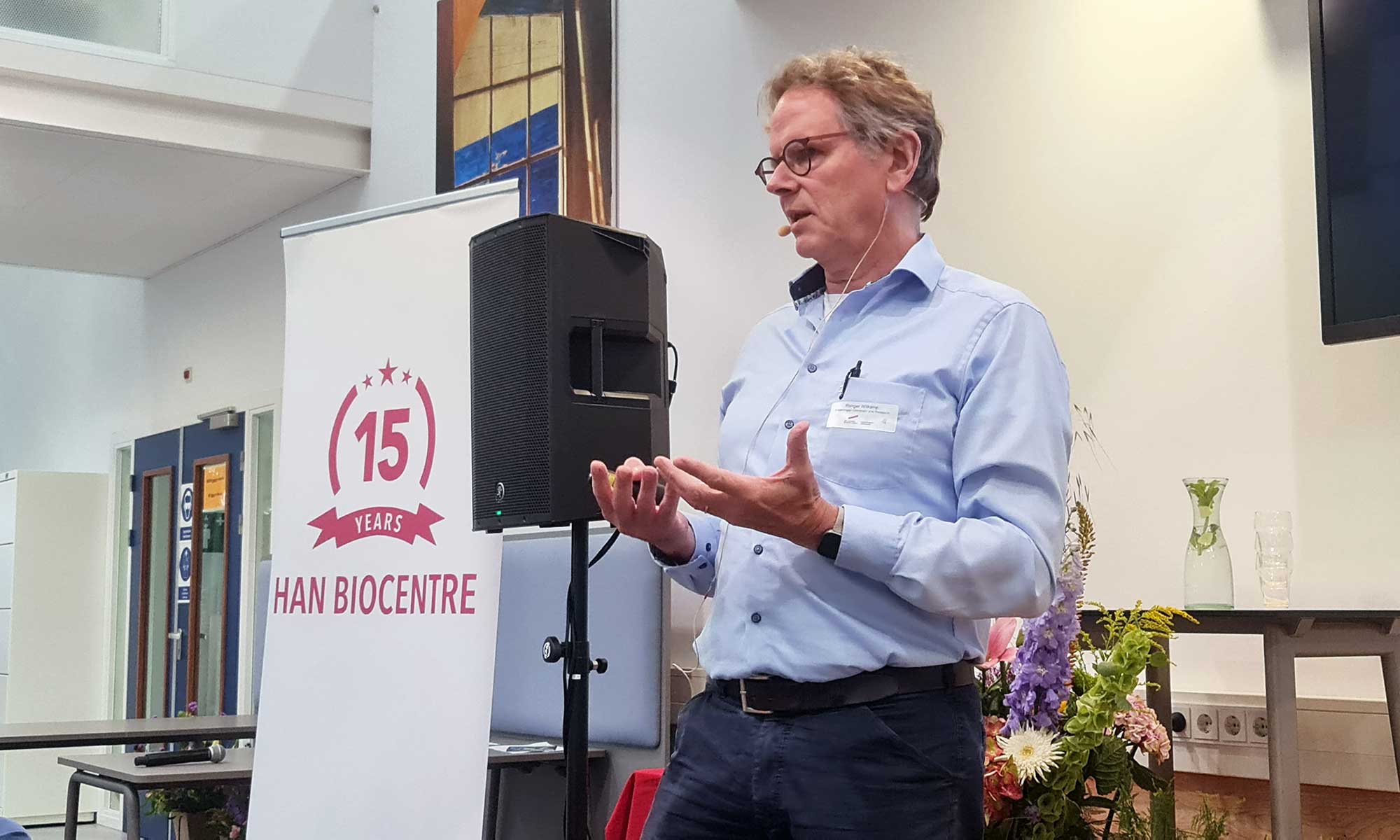 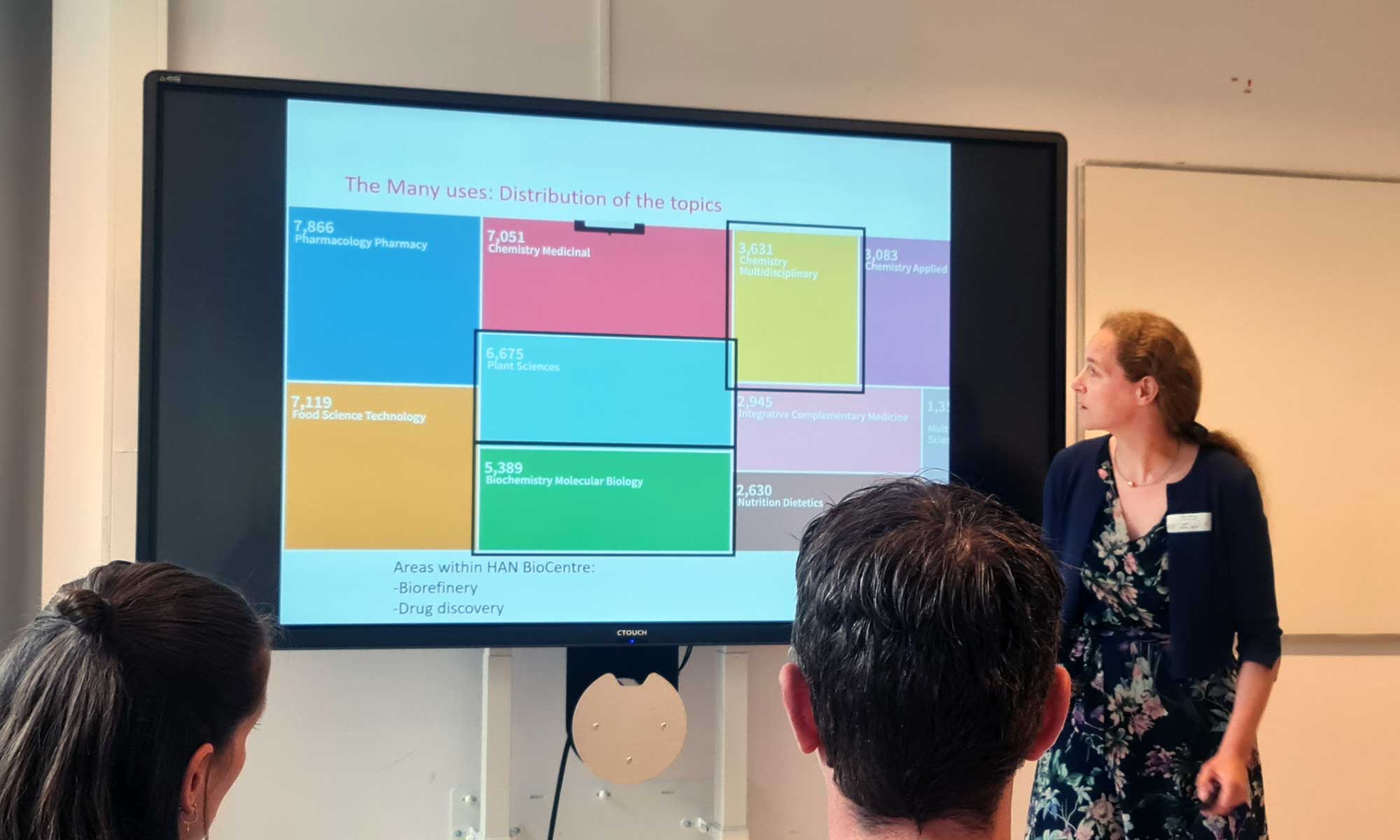 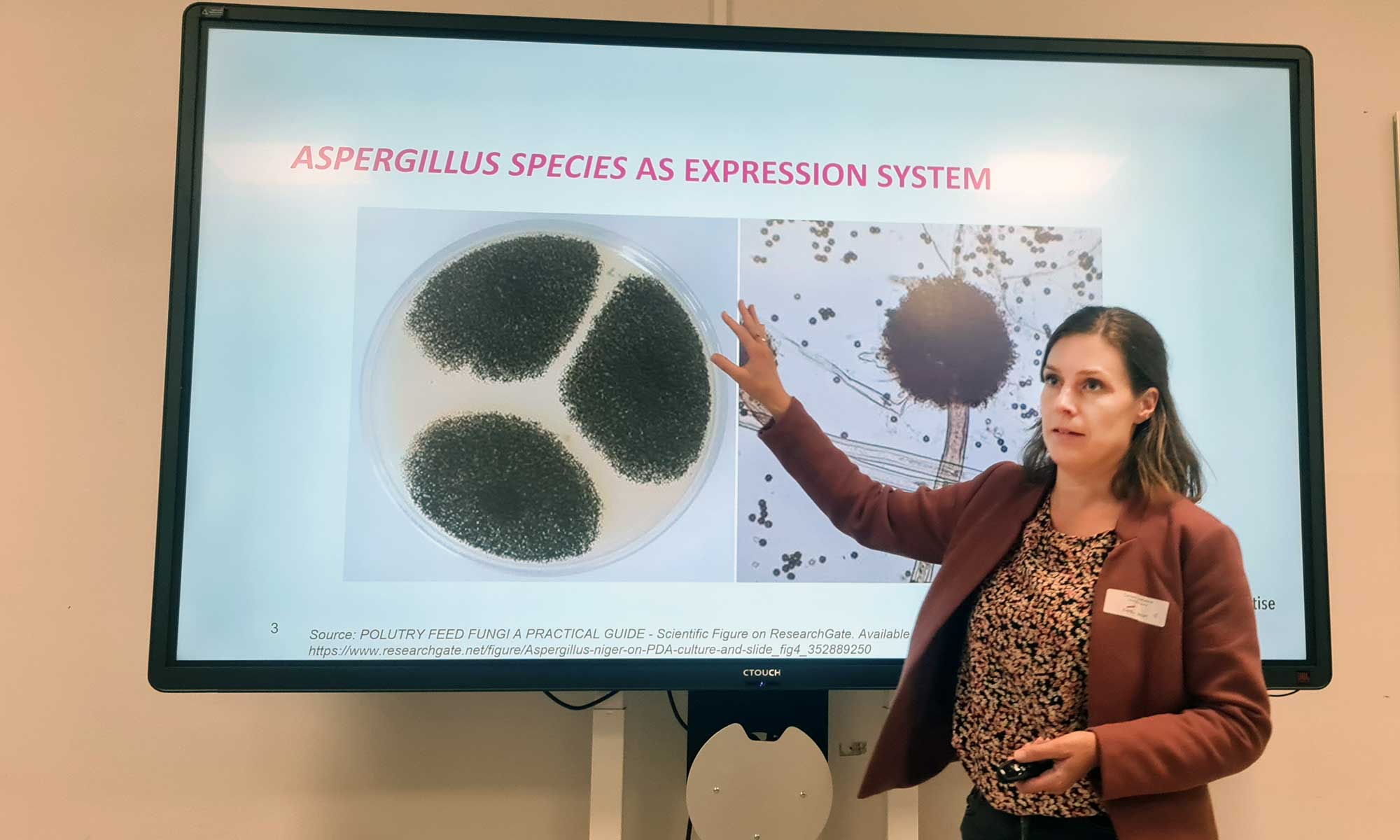 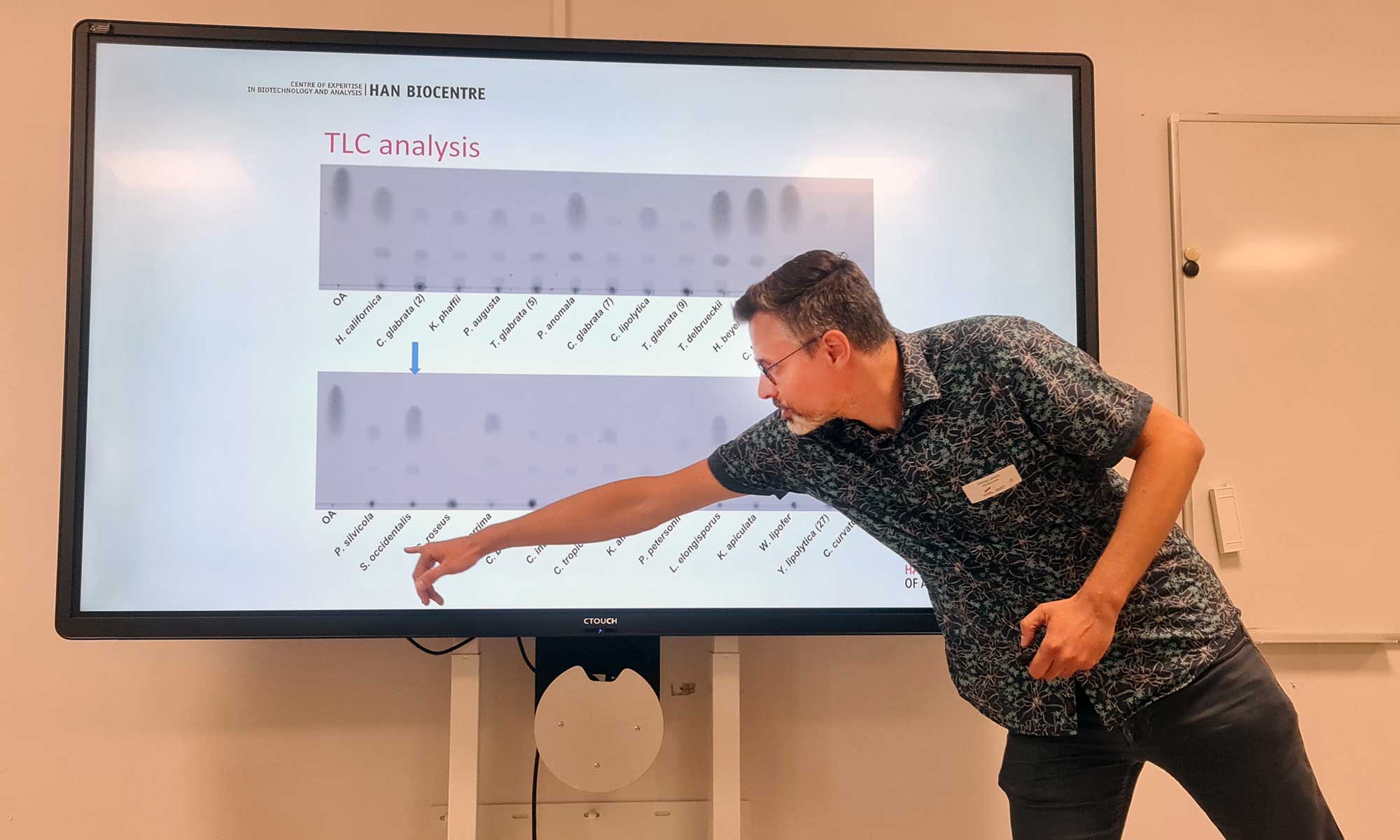 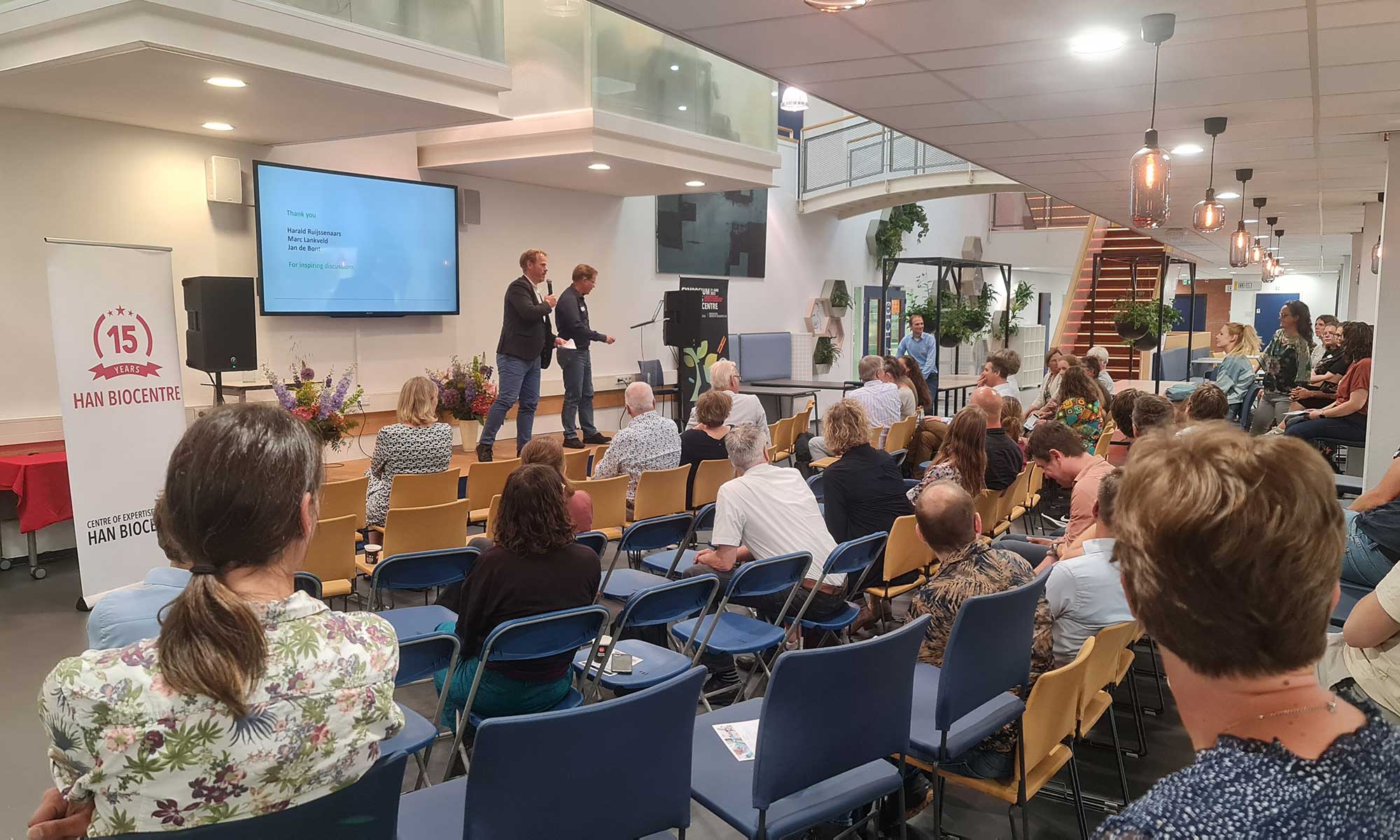 "We now have a better grip on biology"

With a low-key open day, HAN BioCentre celebrated the inauguration of three new laboratories this month.…

The chemical industry is facing a radical turnaround: from fossil fuels as the trusted basis for…

“We now have a better grip on biology”

PHAs are special biopolymers. Strictly speaking, we may not call them bioplastics, because this material is…