No Comments
Read on
On the volcanic ash in Iceland, on mountain slopes in Austria and in the bone-dry, dense Greek soil: the fabaceous Andean Lupin grows and flourishes almost everywhere in Europe. The originally South American plant provides a sustainable alternative to soya and contributes to soil improvement.
Pierre Gielen

This is what the first field trials showed, performed under the European Horizon 2020 project LIBBIO, which started in 2016 and aims at improving marginal agricultural land. ‘We are now halfway and the results are promising,’ says Rob van Haren, lector in Transition to Bioeconomy at the Hanze University of Applied Sciences in Groningen. He is involved in the project because of the components that can be extracted from the lupin. ‘The dry matter yield from green biomass of certain lupin species is extremely high; yields of more than 16 tonne/ha are possible. What is more, the crop of beans is similar to that of existing lupin crops: 3 to 4 tonnes per hectare. Thanks to its oil content, it is already economically viable in Poland and Romania to produce lupins with a yield of 2 tonnes per hectare. This makes the Andean Lupin a cost-effective crop for Europe. And we are going to improve it even more.’

Lupin crops have particularly low nutrient requirements and yet they are able to fix nitrogen and mobilise soil phosphorous. This improves the properties of the soil. The Andean Lupin bean also has more protein than soya (about 40%) and around the same oil content (20%). Lupins thus have a similar business case to that of soya, which also includes food and non-food applications. However, soya cannot grow on poor soils in Europe and has a negative image compared with lupin, due to the frequent genetic manipulation and intensive use of herbicides and pesticides.

Lupin’s positive fatty acid composition makes the lupin oil perfect for food applications like margarine and mayonnaise, but also for non-food applications such as paint and for pharmaceutics and cosmetics, such as lipsticks and creams. The bean is also very rich in proteins and alkaloids. These proteins can be used as functional food ingredients and as cattle feed, while these days alkaloids are the centre of attention due to their possible application in medicines against cancer and as biodegradable crop protection products.

The components are extracted from the plant in an integrated supercritical biorefinery. Extraction takes place under high pressure. Van Haren: ‘This allows us to extract the oil as well as the alkaloids from the lupin without using solvents. By way of comparison: oil is extracted from soya beans using hexane. Hexane is a toxic substance, and a residue is always left behind. This is not an issue with supercritical extraction. What is more, we can also extract the alkaloids from the crop in the one action, which makes the process cost-effective.’

This has already been achieved successfully on laboratory scale. In order to scale up the process, the Zernike Advanced Processing facility of the Hanze University of Applied Sciences in Groningen (HBO), University of Groningen (WO), and Noorderpoort (MBO) recently set up a semi-industrial supercritical extraction unit, with two 10-litre reactor vessels arranged in series. Van Haren: ‘This allows us to pump the pressure from one vessel into the other, so that the CO2 is also recycled. This means we consume almost no CO2, which saves even more costs.’

The plant consists further of a four-metre high fractionating column, heat exchangers, process control systems and supercritical CO2 spray dryers. Van Haren and his students are now hard at work using the spray dryers to isolate proteins from the lupin. ‘That is how we will obtain pure protein. We are going to scale up this process as well. The spray dryer system allows us to dry the proteins under supercritical conditions and also use them as coating for other substances. For instance, we can create coated nanoparticles for medicines, nutraceuticals or cosmetics. These are interesting high-end applications.’

The prospects for lupin cultivation in Europe are therefore favourable. Seed enhancement companies have already indicated a willingness to invest in further development of the crop. ‘That is the first step in the chain that we have to get going. At the other end you see that the products made from this are very attractive to consumers. So there is a technology push as well as a technology pull. The latter is created by the high-quality end products and that push by the project of the Hanze University of Applied Sciences, among other things.’

Structural cooperation with a genetic centre in Ecuador has since been established, so that genetic material can be exchanged between Europe and South America. New tools are also being used, like the GWAS (Genome Wide Association Study), developed to accelerate the enhancement and thus get new varieties on the market even faster. ‘These are important breakthroughs.’

The LIBBIO project started on 1 October 2016 and is expected to end on 30 September 2020. The estimated project costs amount to 5 million euros. The Hanze University of Applied Sciences is the scientific coordinator of the LIBBIO project in which 14 partners from 8 countries are working together on the development of a sustainable lupin supply chain. 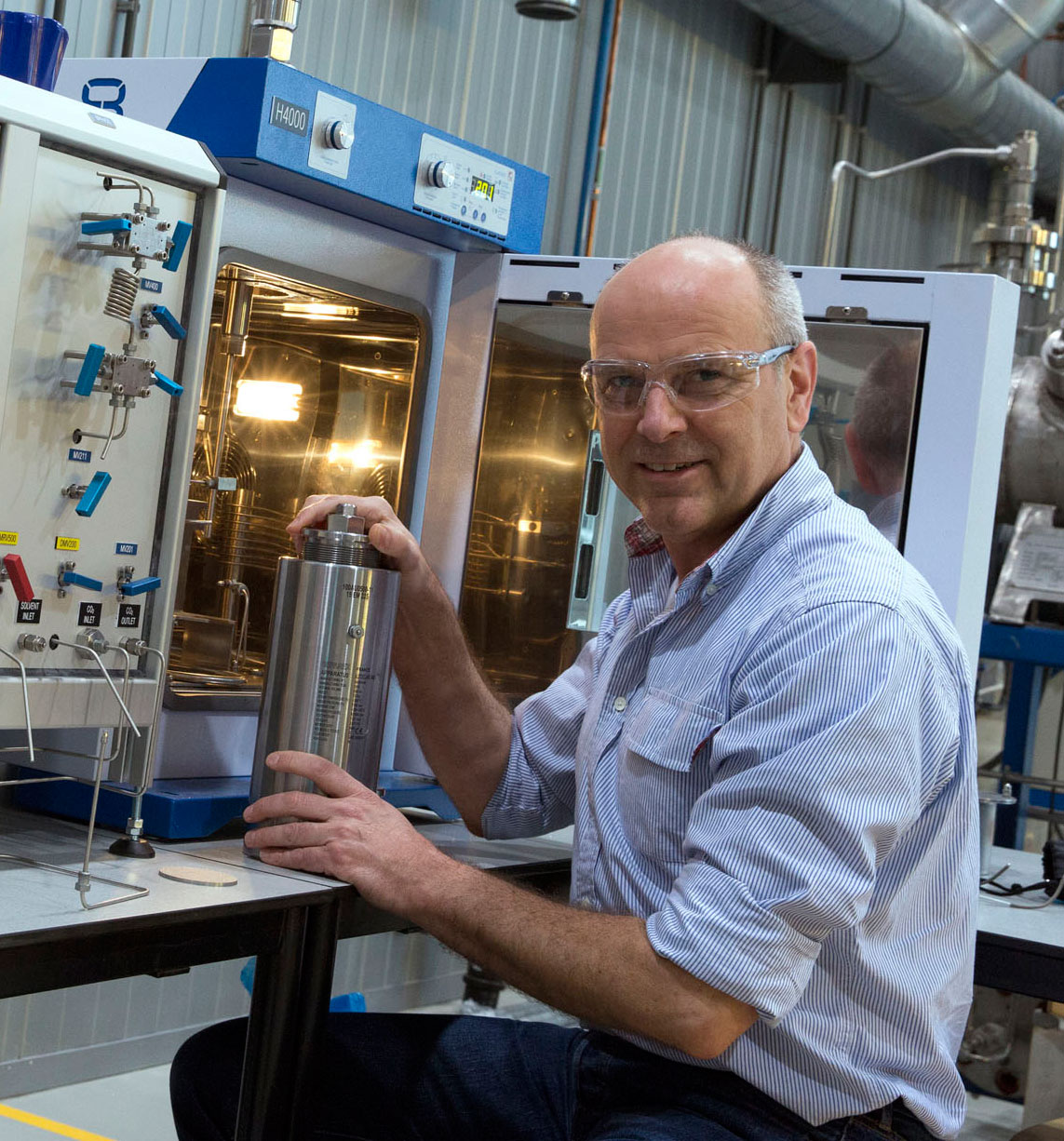 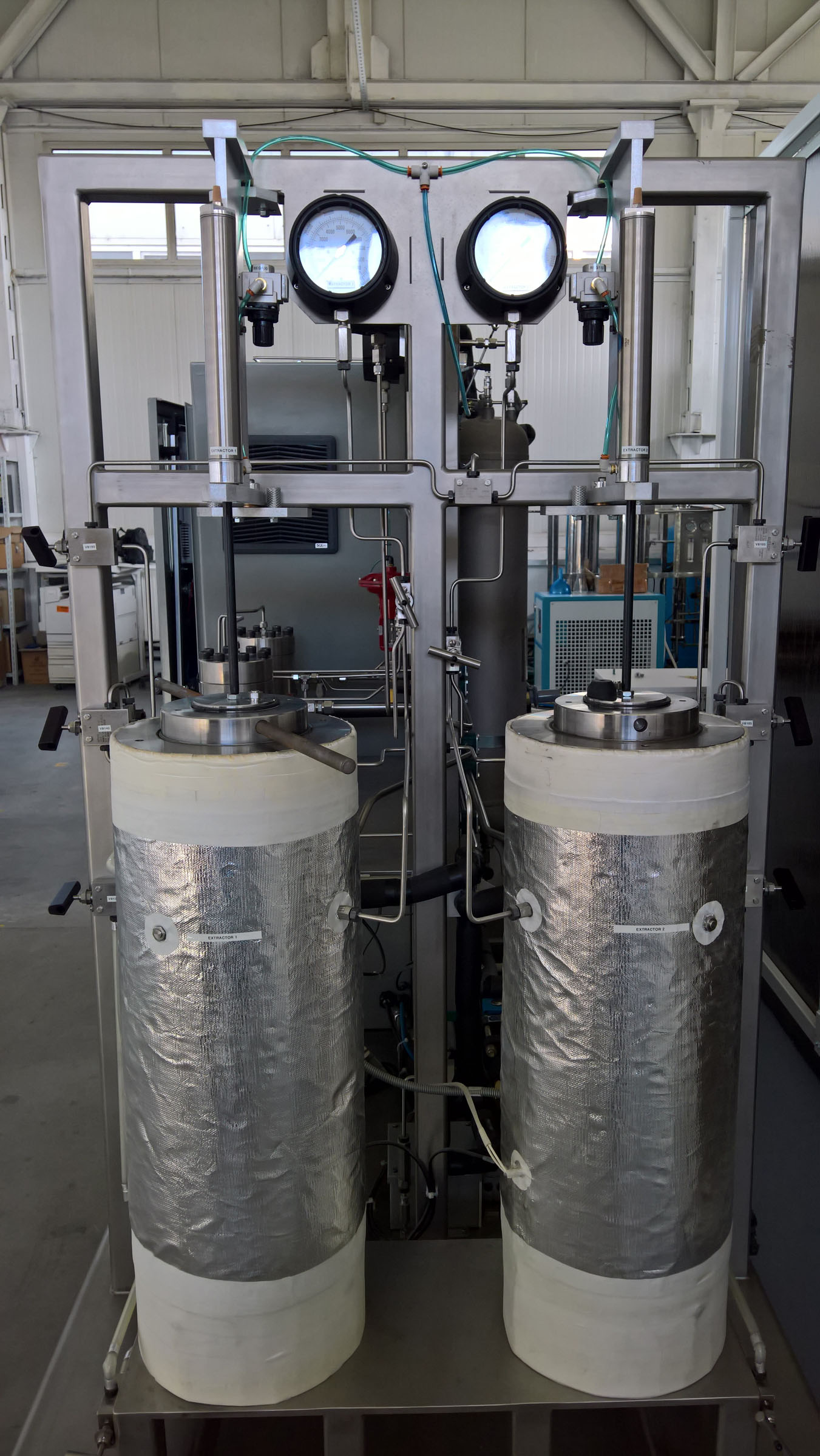 A crop with great opportunities for Europe

The Andean lupin contains more protein than soya and more oil than sunflower. It can be…

It is running at full speed: the laboratory facility of the semi-industrial biorefinery with supercritical CO2…

The most delicious Danish wine is made from cherries and comes from the island of Lolland,…