Final Event marks a next phase for Pilots4u

No Comments
Read on
With more than 450 registered open access pilot research facilities and more than 100 participating organizations in 20 countries, the European project Pilots4U can certainly be called a success. This week (25 June), the project was concluded in Brussels with a Final Event focusing on the future of open access research infrastructure in Europe.
Pierre Gielen

Nelo Emerencia, Program Director of the Bio-based Industries Consortium (BIC) sketched a picture of that infrastructure in 2015, when Pilots4U was launched. At that time, there were only fragmented, isolated pilot or demo plants in Europe, a limited number of which offered open access to start-ups. Such facilities are a major success factor for scaling up biobased innovations from the lab to demo level and next to commercialization. “Moreover, it was unclear whether the existing facilities meet the needs of the emerging biobased industry.”

The Pilots4U project was therefore not only limited to an inventory of the available facilities, it also investigated to what extent they meet the actual needs of entrepreneurs in terms of equipment, coordination and knowledge. It became clear on which points further investments are needed. “Pilots4U recommends encouraging regions to further increase the accessibility of existing facilities and to invest in keeping them up-to-date,” said Andrea Muñoz Garcia, Consultant of the NNFCC.

Setting up a database of open access pilot and multipurpose demo facilities and the equipment available there is the first step. The database is free of charge and can be consulted by anyone on the internet. It makes it possible to search on location, equipment and expertise.

“Open access is not the same as free,” said Katrien Molders, Project Coordinator Pilots4U. “It refers to the availability of equipment for a certain fee, for others than the owners. That could be universities or research centers, but also companies.” The database maps all these parties.

It is not a luxury, because until now there was hardly any cooperation or coordination between the facilities. “We didn’t even know our neighboring plant a few miles away,” said Wim Soetaert, CEO of the Bio Base Europe Pilot Plant. He warned however, that it would make little sense to set up nationally funded pilot and multipurpose demo plants in hundreds of places in Europe, all with similar facilities. “National financing locks entrepreneurs up in their own country, because one country does not want to subsidize research in another. That support must be regulated at a European level.”

Pauliina Tukiainen, senior scientist of VTT and involved in the ERIFORE Project, said that nowadays entrepreneurs have a hard time finding out where they can go for financing. She argued for a central counter where the financial instruments available from European, regional and national funds are coordinated.

Daniela Sani, of the Vanguard Initiative also argued for the facilities to be organized interregional, open and centrally managed. And not ‘low budget’: “A strong bio-economy requires large investments, which require a substantial multi-annual budget under the management of the regions.”

Eric Goossens, Managing Director of the Bioprocess Pilot Facility emphasized that there should not only be coordination in the financing. Better coordination between the various pilot plants is also necessary so that they can complement eachother. Furthermore, a cross-region voucher system must be established to help small entrepreneurs with the substantial investments that a pilot project entails. An additional point of attention is that well-trained people are needed to run the plants: specialists, operators, technologists, etc.

According to Wim Soetaert, the shortage of specialists also has to do with the fact that Europe spends a relatively large amount of money on fundamental research, which could have been better spent on innovation. And because people tend to follow the money, much talent is lost for business.

Hilde Vermeulen of the Flemish Department of Economic Affairs, Science and Innovation also endorsed this. “The ecosystem in Flanders is strongly focused on research. There should be more financial instruments to build real pilot facilities for businesses and more cooperation to prevent overlap.”

“The question is not whether there should be more money, but how we can distribute it more intelligently,” Nelo Emerencia concluded. Pierre Padilla from N-ABLE and advisor to DG Regio underlined that Europe should focus primarily on making the step from subsidizing technology development to investing in business. That is also the starting point of the new Component-5 program, which will follow-up Interreg Europe. “It’s a fundamentally different approach that requires a different mindset.”

Component-5 is an investment program of € 970 million that focuses on commercialization and scaling up of interregional innovation projects that contribute to the development of European value chains. “But it will not work without national funding,” warns Padilla, because no matter how large the budgets seem to be, they must be divided into hundreds of sub-projects in dozens of regions.

Pilots4U officially ends in August 2019, but the initiators have the ambition to keep the project alive. For the next phase, a management structure has been set up and a Memorandum of Understanding was signed. The network and the database must also be maintained in order to remain up to date. In addition, the project team wants to encourage use by means of targeted communication and an event at least once a year. These activities will mainly be financed by subscriptions of the participating plants and to a small extent by sponsoring.

The Pilots4U Database is now online and can be consulted free of charge by everyone.

The Pilots4U Project is an initiative of six partners: Bio Base Europe Pilot Plant (SmartPilots), VTT (ERIFORE), Royal Institute of Technology KTH (BRISK2), Swansea University (Enalgae), Ghent University (Biorefine Cluster Europe) and NNFCC (as secretary of the BioPilotsUK initiative). The cluster organisation CLIC Innovation represented industry that contributed in cash to the project. The European Regions Research and Innovation Network attracted interested European stakeholders (infrastructure owners and users) to get involved in the project, and NNFCC, the bio-economy consultant, is a professional, independent consultant who led the study. The project was funded by the Bio-based Industry Joint Undertaking under the Horizon 2020 program. 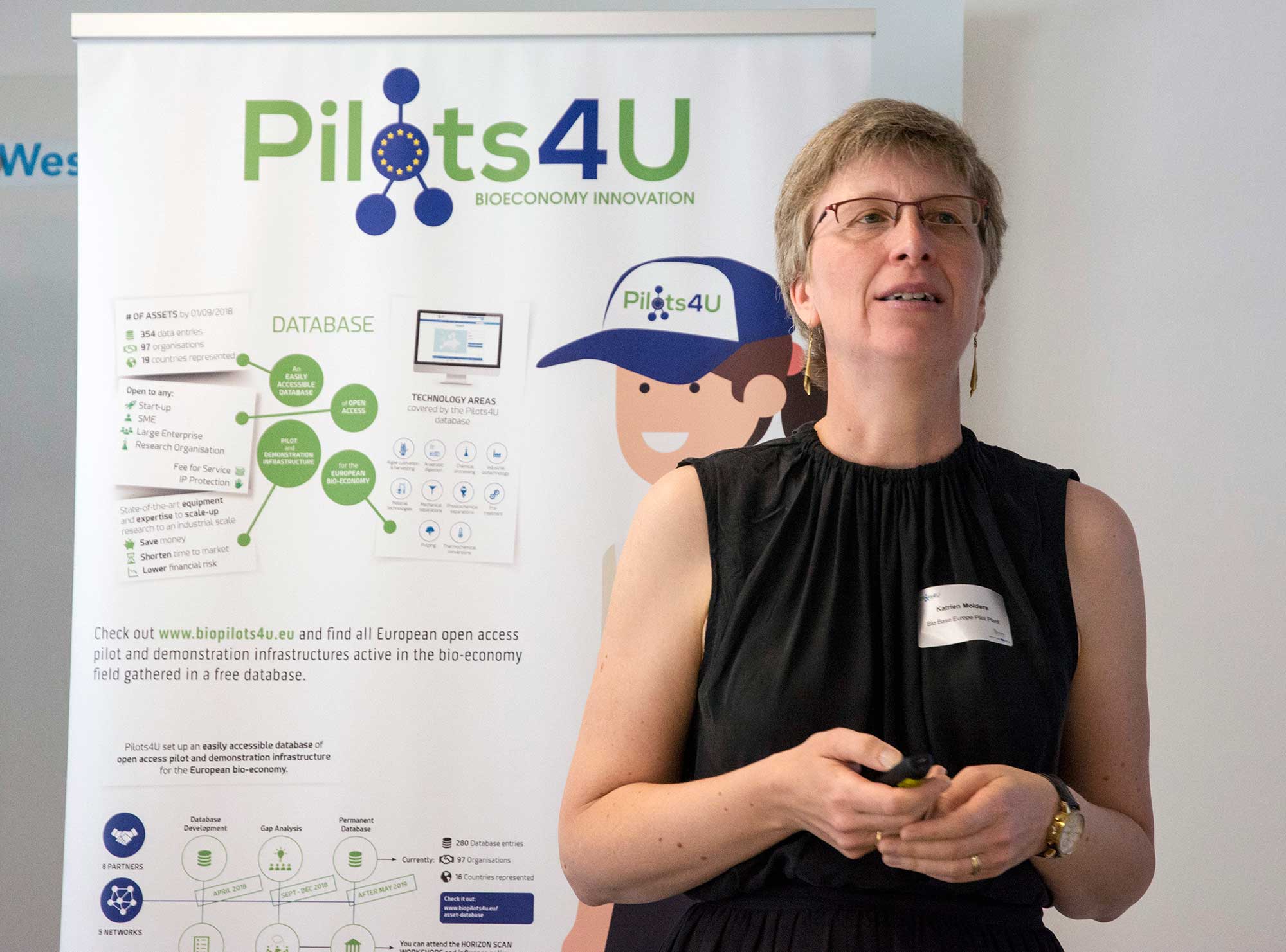 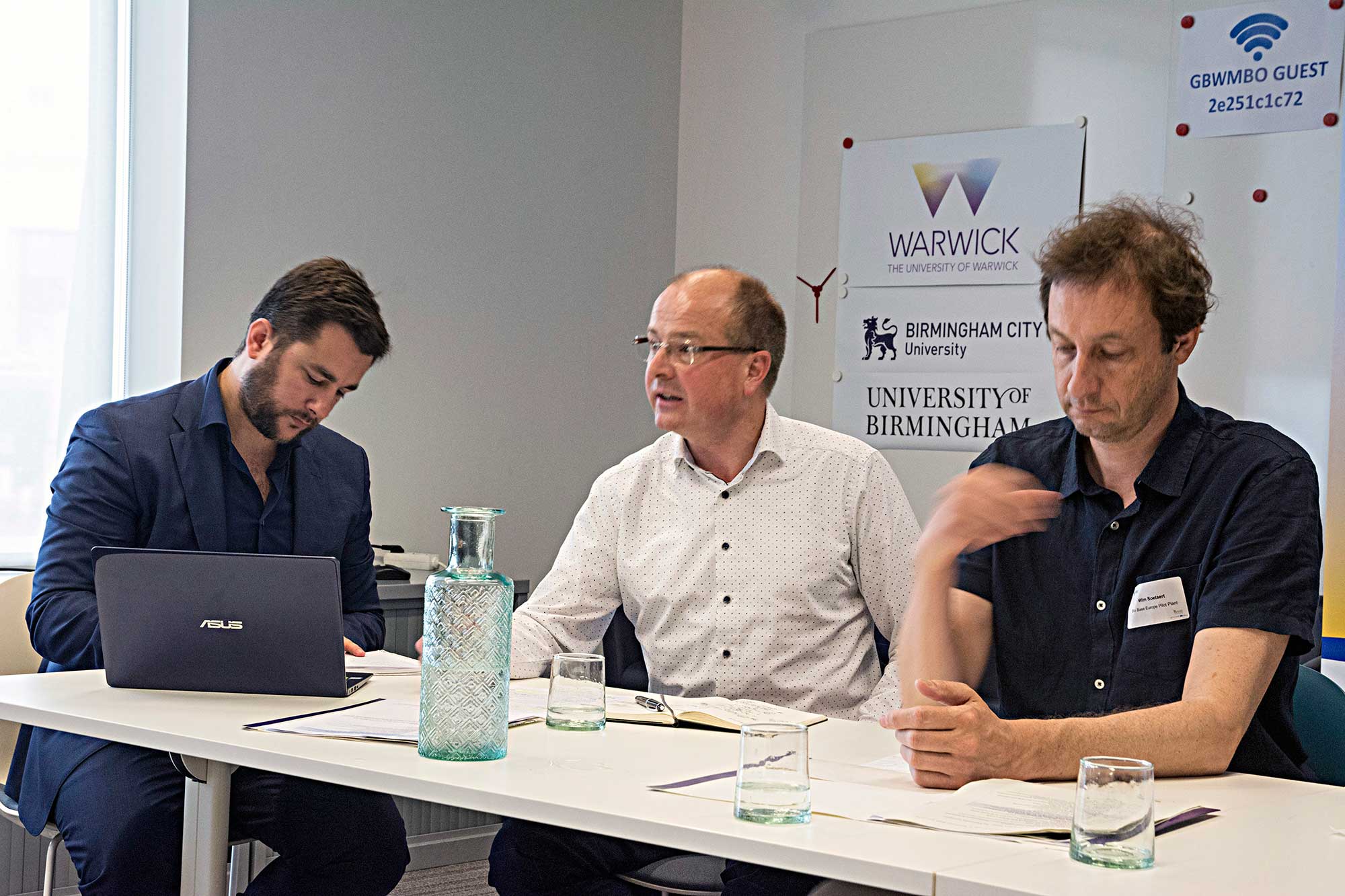 The biobased community in Europe must grow into a lively ecosystem, where parties find each other…

Not even a year after opening its Demo Facility, the Green Chemistry Campus in Bergen op…