No Comments
Read on
The Bio-Based Industries Consortium recently published a comprehensive overview of financial instruments, a practical guide for companies and investors who are active in the circular/bio-based economy. One of the key elements of the paper is that companies can 'tap into' various funds.
Lucien Joppen

According to Dirk Carrez, Executive Director of the Bio-based Industries (BIC), “investments in the bio-economy are crucial to reduce Europe’s dependence on non-renewable resources and to make our economy more sustainable. With the newly-published report (‘Access to EU financial instruments suitable for the implementation of large bio-based industry investments’), we have provided an overview of the financial instrumentals that are at the disposal of anyone looking to invest in the bio-economy. At the moment there are several opportunities that cover a broad scope of funding opportunities, ranging from debt and equity to quasi-equity financing in addition to grants from the Bio-based Industries Joint Undertaking (BBI JU). With the report, BIC also intends to highlight the synergies that exist between various financial instruments.”

Six months ago, in May 2017, a report commissioned by the EIB (European Investment Bank) highlighted funding gaps that are slowing down bio-based projects, especially in the pilot-to-demo-stage and the final up scaling to industrial facilities.

Roughly eight of ten respondents are experiencing difficulties in accessing finance from private investors. There are a number of risk factors, such as market demand, technology and EU/national regulation which are hampering private investments that are needed to match public funding.

Another key finding of the report: both companies and investors are not aware of all the public funding opportunities that could be at their disposal. Therefore, the EIB stated that it is important to raise awareness within the industry of the specific funding tools which are already in place such as InnovFin and the European Fund for Strategic Investments (EFSI). These funds are not specifically targeted at the bio-economy but could be used to match other funding instruments such as grants from the Bio-based Industries Initiative Joint Understanding.

As a reaction to the above findings, the EIB and the European Commission have stated that they will commit themselves stronger to facilitate the establishment of a competitive European bio-based/circular economy. An important aspect of this commitment will be the co-financing of bio-based projects that are able to contribute to economic growth, (high-level) employment and make Europe less dependent of fossil feed stocks. These projects are typically large-scale and need an extra financial ‘push’ in the demonstration and flagship phase.

As stated before, there are numerous public financing instruments. InnovFin, part of the Horizon2020-programme, has been set up by the EIB and the EC. InnovFin is a set of financial instruments (for example loans, investments) and advisory services with a broad scope, serving SME’s and large companies and directed at research and innovation projects. In terms of financial scope, InnovFin covers tickets ranging from 25,000 euro’s up to large sums up to 500 million euro’s.

Recently, the Circular Bioeconomy Thematic Investment Platform (TIP) has been launched within the scope of the InnovFin thematic investment programs to mobilise additional public and private investors to invest in the bioeconomy. TIP aims at providing access to finance, in particular in the form of debt or quasi-equity, to innovative bioeconomy projects and will focus mainly, but not exclusively, on innovative circular bio-economy projects.

The European Fund for Strategic Investments (EFSI) has been set up by the European Investment Bank Group as one of the pillars of the Juncker-plan (2015). This strategic plan aims to boost public and private investments in the European economy, for example by removing obstacles for investments and making smarter use of financial resources.

With EFSI support, the EIB Group is funding economically viable projects, especially the ones with a higher risk profile than usually taken on by the EIB. It focuses on sectors of key importance for the European economy, including strategic infrastructure, education/R&D/innovation, renewable energy/resource efficiency and support for SME’s.

European Structural and Investment Funds (ESIF) are designed to create jobs and building an inclusive society. ESIF includes five different funds, some of which can be used for bio-based projects such as the European Regional Development Fund.

There are clearly synergies, also from a financing perspective, between both regional development and large-scale projects between (multinational) organisations/companies. In 2016, BIC and the Vanguard Initiative signed a Memorandum of Understanding. This means that both organisations will work together, for example sharing information and exploring synergies between BBI-work programs and Vanguard-pilot projects on the bio-economy. At the signing of the MoU, Marcel Wubbolts, former Chair of the BIC Board and of the Governing Board of the Bio-based Industries Joint Undertaking (BBI JU), said: “I look forward to the results of our cooperation with Vanguard, such as increased visibility for the bio-based industries and new value chain partnerships. It would be great to see co-funding opportunities which will allow BIC at an EU scale and Vanguard on a regional scale, to demonstrate their mutual added value.”

According to BIC, there are various synergies possible between the funds/programs that are mentioned in the report. First2Run is a telling example of a large-scale project in which several funds were used. In this project, the economic, technical and environmental feasibility of an integrated biorefinery will be investigated. The oils from underutilized oil crops grown in arid and marginal lands will be further converted into bio-monomers as building blocks for high added value bioproducts (for example biolubricants or bioplastics) via the integration of chemical and biotech processes.

Project costs for First2Run total €130 million, of which €60 million will be financed by the EIB, through EFSI. FIRST2RUN has also been granted almost €17 million by the European Commission through the BBI JU. Carrez: ‘The bio-based economy is still seen today as a risky business, so you need grants, loans and guarantees and other forms of financial support to keep investments here in Europe.’

This article was made in collaboration with the Bio-based Industries Consortium. 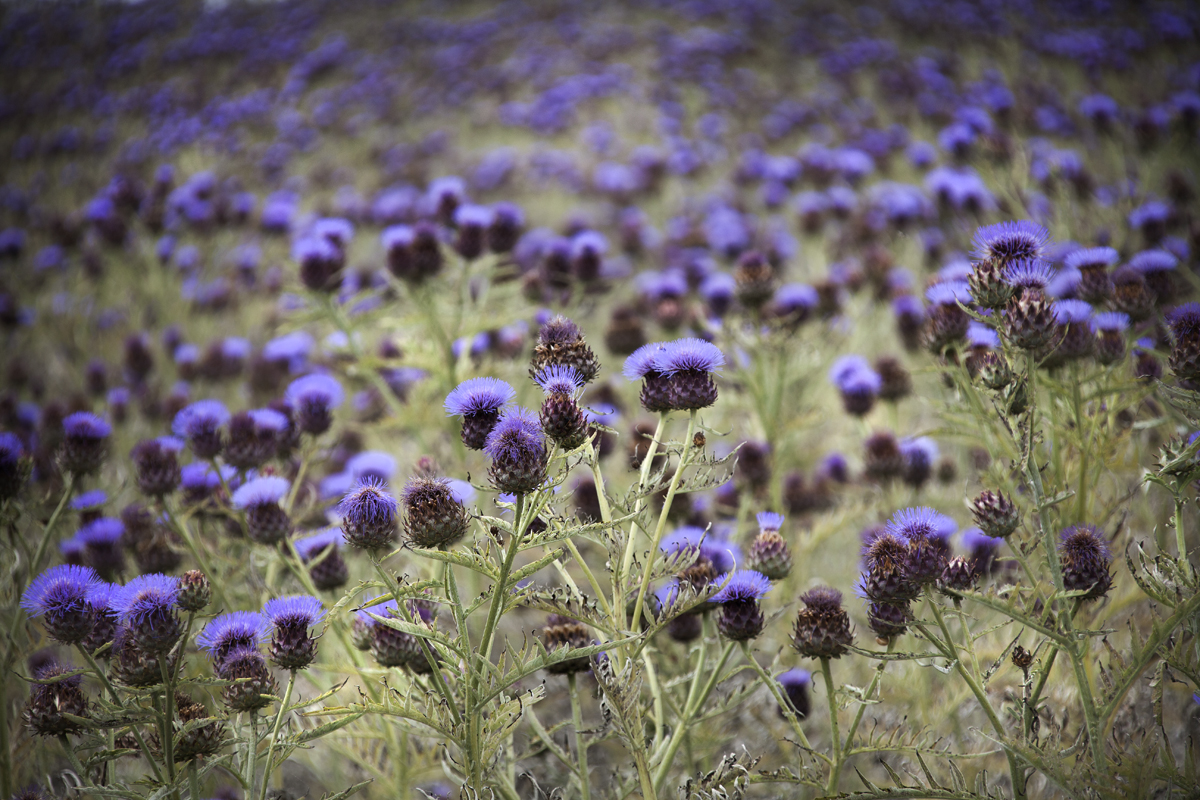 Cardoon is an example of a low input and underutilised oil crop.

‘Nobody can imagine what fully circular means’

There are funding gaps that hamper the development of circular/biobased projects in the EU. Private investors…